Christchurch club all about fun and friendship for women named Shirley 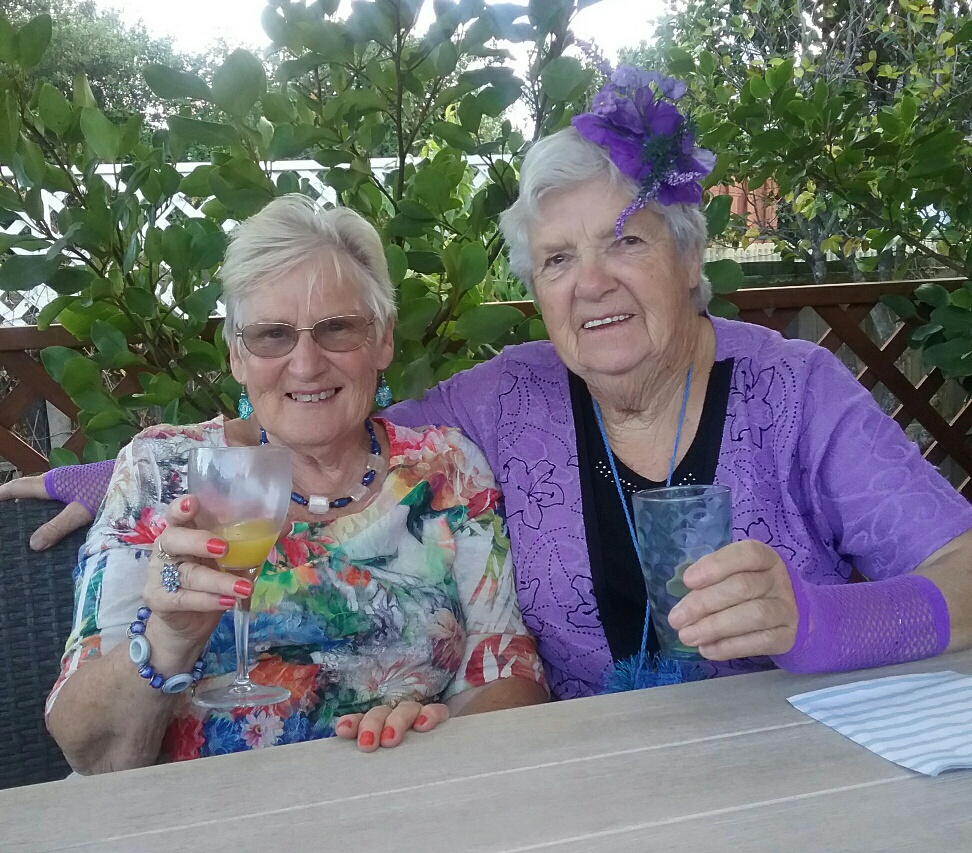 Shirley Smith (Shirley No 68), left, and another Shirley in the club’s colours of purple and aqua at the 21st anniversary celebrations.
If your name is Shirley, the Christchurch Shirley Club is for you.

Made up of about 40 women, all named Shirley, the club recently celebrated its 21st anniversary.

The two Shirleys were inspired by the world’s first Shirley Club, which was created in 1996 in Perth by Shirley Brown.

Smith’s sister-in-law had seen an article in the Australian Woman’s Weekly about Brown and the club, which had snowballed across Australia, with Shirley clubs popping up across the country.

She then put a notice in her local newspaper, asking any Shirleys to come round to her house for morning tea.

There was a great turnout and the Christchurch Shirley Club branch was created.

The women meet up around four times a year; on the club’s birthday, at Christmas and two times in between.

For its 21st birthday, the celebration carried on over the entire weekend. They enjoyed finger food at one Shirley’s home on Friday night. On Saturday, they enjoyed dinner at the Papanui RSA. They took a road trip to Akaroa on Sunday, stopping in Little River.

Four Shirleys from the Otago-Southland Shirley Club – Hackett and Kennedy from Invercargill, Campbell from Balclutha and McIntosh from Alexandra) also came up for the celebrations.

The Shirleys at Little River on their way to Akaroa. Photo: Supplied
Sixteen Shirleys had planned to visit from Shirley clubs in Australia but unfortunately could not make it because of Covid-19 border restrictions.

“It was a beautiful day on Sunday. We just enjoyed the scenery and each other’s company,” Smith said.

“There is always something to do and talk about.”

During the club’s Christmas events, Smith’s husband Gerald is their token Santa Claus, all dressed up in the red and white regalia.

Mini Shirley conventions are often held around New Zealand too. At one held in Christchurch, several years ago, the Shirleys took photos next to Shirley suburb signs, Shirley St signs and by Shirley Intermediate School.

Their colours are purple and aqua, with Shirleys often donning accessories and outfits in these shades for club events.

Shirley Petschick is the club coordinator. She has travelled around the world to Shirley Conventions, including to Colorado and Missouri in the United States.

“The conventions are absolutely fantastic and a must-do for anyone named Shirley,” Petschick said.

“Can you imagine a room of 200 Shirleys with all the chatter.” 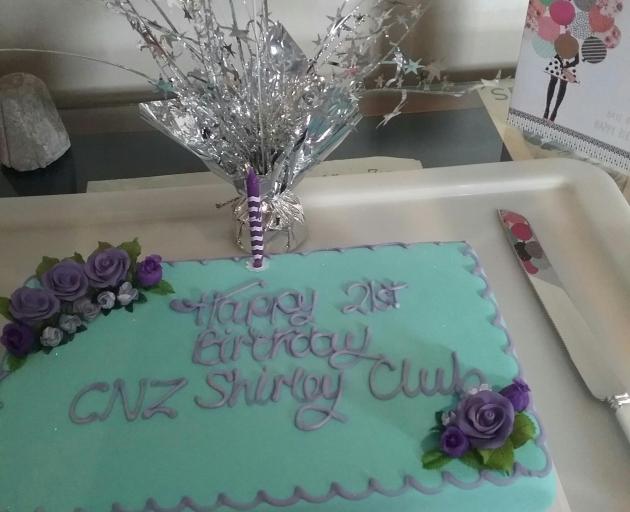 The Canterbury Shirley Club celebrate their 21st anniversary. Photo: Supplied
She has made friends from around the world, all because of the name Shirley.

For the members, it is all about the fun and the fellowship.

“It is a great way to meet people,” Smith said.

“If a Shirley comes into town, often from Australia pre-Covid, we would get a call and go and meet up for coffee.”

Their motto is ‘Fun, Food and Friendship.’

Said Smith: “We are all very good at talking and eating.”

The group is mostly made of older members – the oldest current member being 92-years-old, with their youngest being in their 60s.

“Our numbers are reducing unfortunately, with our members slowly passing away,” Smith said.

“Shirley is not a name in vogue anymore.”

Shirley Davey died on April 8. She had been a member from the first meeting, still serving on the club’s committee at 88 years young.

The name Shirley originates from as an Old English place-name, roughly translating to ‘bright meadow.’

It was originally known as a male name, but by 1849, it was established as a female name as well – used in Charlotte Bronte’s novel, Shirley. The Christchurch club has had one male member named Shirley. The group has even included a dog named Shirley.

New members are always welcome to join the club.

The only pre-requisite for membership is having the name Shirley.