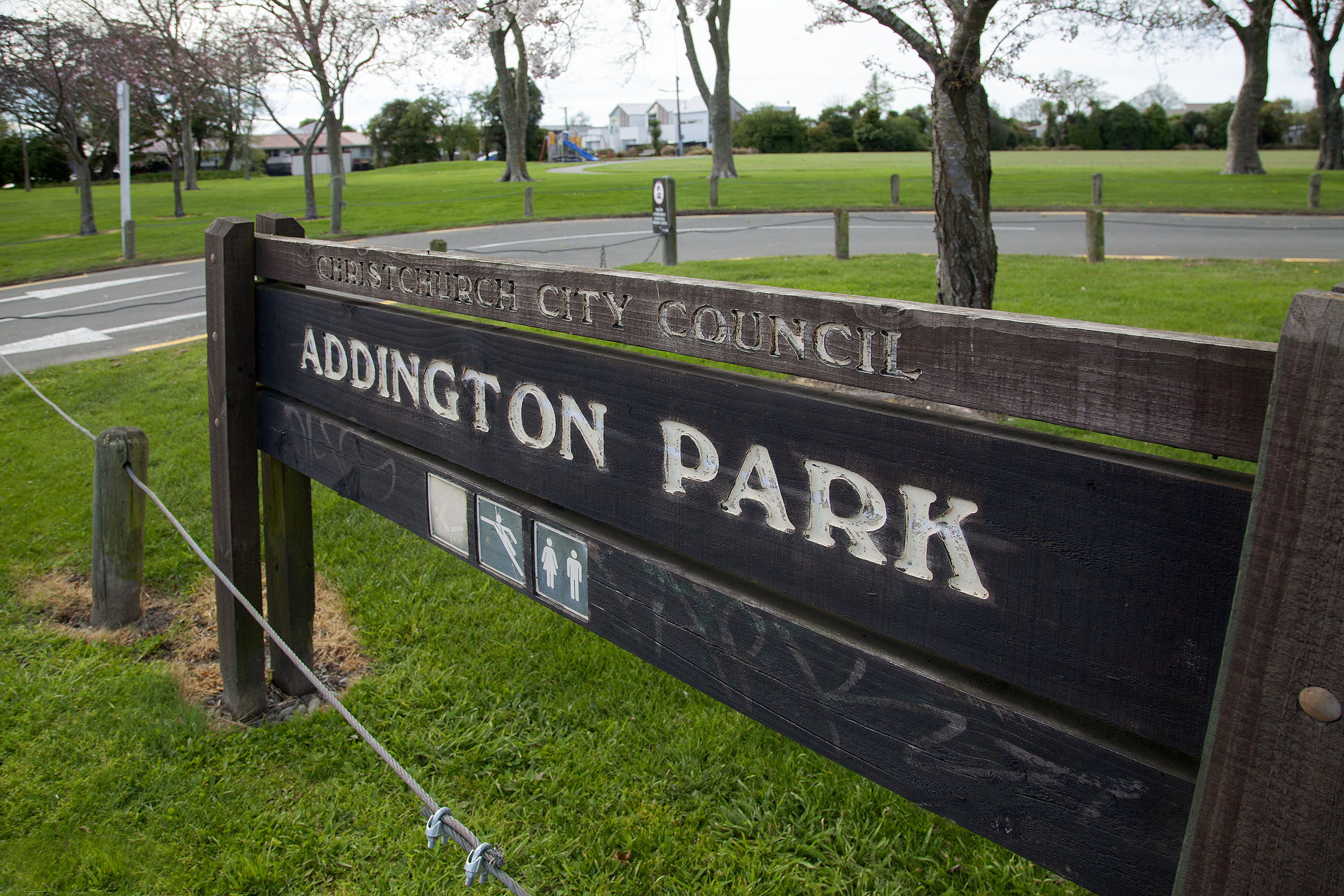 Several improvements have been mooted for Addington Park to make the area safer and to reduce crime. Photo: Geoff Sloan
A man spat on a woman as she conducted an official review of public safety at Addington Park after the local school community said there were not enough safe play spaces in the area.

The adult cyclist spat on the Crime Prevention through Environmental Design auditor as she did her assessment in Addington. She was at the park with her young son, officials have been told.

The unnamed Christchurch City Council staffer was there to see how the park stacked up against a raft of design philosophies that aim to reduce chances to commit crime.

Her work helped produce a report that found Simeon Park was generally easy to keep an eye on, but that Addington Park could do with some safety-enhancing changes.

In the just-released report council senior architect Jennifer Dray says people felt Addington Park was unsafe. It had no community gathering appeal, and was not used much.

“This is of course self-perpetuating; if the perception were one of safety, usage would be higher and the park would be correspondingly safer.”

Official data suggested there were very few calls to police about the parks over the past year.

However, incidents that happened near the parks might contribute to general perceptions, though anecdotal evidence suggested some incidents go unreported.

Most reports to the council were about graffiti and rubbish.

The audit found the general impression was that Addington Park was not safe to use at night.

Low-level lighting and thick waterway planting - and opportunities for concealment - made the path an unattractive option.

The sometimes graffiti-hit toilet block had its own issues. People did not like where it was or “unsavoury behaviour” there.

Passing traffic moved at such a speed, and nearby footpaths were not sufficiently busy, so as to limit public “surveillance”.

The audit suggests the toilet block should be upgraded for safety and accessibility, and should continue to be locked at night.

Improving the park, and encouraging more people to use it, would also help reduce the “negative behaviours” affecting the block.

Vegetation needed to be pruned or removed and the waterside path needed to be widened and reconfigured, to ensure park users could better see each other and could feel safe.

New lighting was not recommended. It would be “unwise” to encourage people to use the park at night, but lighting on the short cut from Meredith St to Barrington St should be updated.

The Spreydon-Cashmere Community Board commissioned the work after the Addington Primary School board of Trustees outlined concerns about pedestrian and park safety.

The board in February outlined plans to renewal the school playground to provide a safe play area for the community, and address local concerns about the lack of safe play spaces in the area.