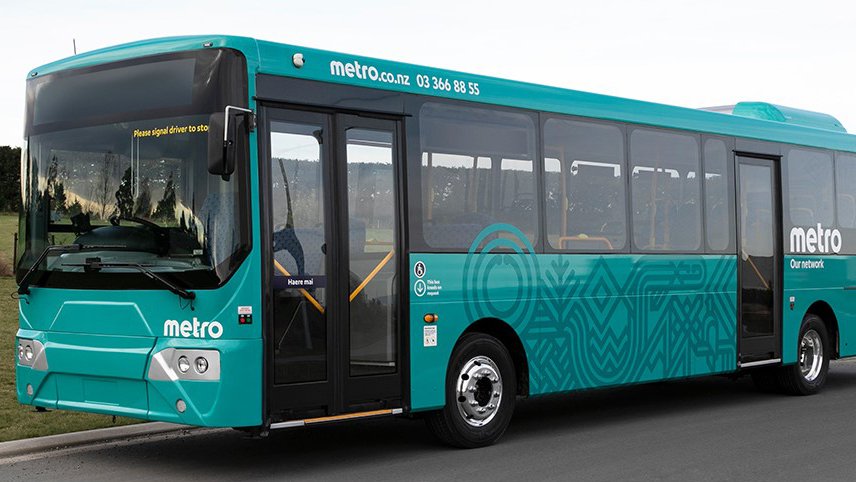 Photo: Newsline / CCC
Two new direct bus services from Waimakariri to central Christchurch will start on Monday - and they will be free for the first two weeks.

From January 11, the new 91 Rangiora – City Direct and 92 Kaiapoi – to City Direct bus services will be supported by park and ride facilities in both Kaiapoi and Rangiora.

"People who are back at work from 11 January onwards can take this great opportunity to try the new services out for free for a couple of weeks, to see if the bus works for them."

The 91 Rangiora – City Direct and 92 Kaiapoi – City Direct will pick up from the Park & Ride locations, and drop off at key hubs within central Christchurch, with no stopping along the way. The afternoon return service will be the same," Clearwater said.

Each service will run from Monday to Friday, with four trips in the morning into the central city, and five afternoon trips back to the park and rides. Timetables are now available at metro.co.nz.

The park and ride facilities will provide between 40 to 100 car parks with lighting, security cameras and facilities for secure bike storage. Parking will be free.

The park and ride facilities can be found here.

Waimakariri Mayor Dan Gordon said the services will be a game-changer for the Waimakariri district.

"The direct services and park & ride provide a fantastic opportunity for people to look at how they commute into the city, even if it’s to try it once or twice a week," he said.

"By using the buses, people can jump the traffic queues and help reduce emissions as well as saving on petrol and parking costs.

"This has been a great partnership between our council, Waka Kotahi NZ Transport Agency, Environment Canterbury and Christchurch City Council," Gordon said.

The buses will use the new T2 lanes on the Christchurch Northern Motorway, and the dedicated bus lanes on Cranford St, but can use other routes depending on traffic.

T2 lanes can be used by vehicles with two or more people in them, as well as buses and motorcycles.

The bus timetables and route maps can be found here.