Queen Elizabeth II turns down 'Oldie of the Year' title

Britain's 95-year-old Queen Elizabeth, who has reigned for almost seven decades, says she feels too young at heart be awarded the title "Oldie of the Year", an aide has revealed.

Organisers of the annual tongue-in-cheek awards - whose previous recipients include Oscar-winning actors, Nobel laureates, and the Queen's own mother (also named Elizabeth), who died aged 101 in 2002 - had approached the monarch to see if she would consider accepting the honour herself. 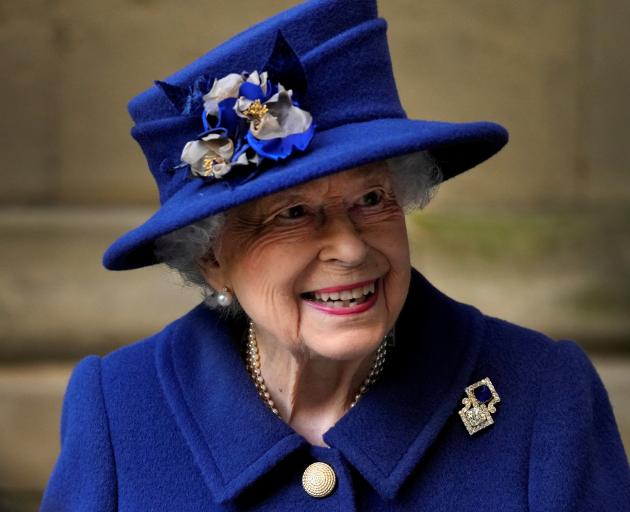 The Queen at a service at Westminster Abbey last year aged 94. Photo: Reuters
But broadcaster Gyles Brandreth, the chairman of the awards run by the Oldie Magazine, said they had received a "lovely letter" sending her warmest best wishes but declining the offer.

"Her Majesty believes you are as old as you feel, as such the Queen does not believe she meets the relevant criteria to be able to accept and hopes you find a more worthy recipient," said the letter from Tom Laing-Baker, the monarch's assistant private secretary.

Elizabeth II follows in the footsteps of her late husband Prince Philip, who died in April this year, aged 99.

A decade ago he turned down the chance of winning the award, which has been running for 29 years to celebrate the contributions to public life from the older generation.

"There is nothing like it for morale to be reminded that the years are passing - ever more quickly - and that bits are beginning to drop off the ancient frame," Philip said according to Brandreth.

"But it is nice to be remembered at all."

This year's ceremony still had a royal seal of approval though, as Camilla, the wife of Elizabeth's son and heir Prince Charles, was there to present the awards.

"Long live The Queen! Perhaps in the future we will sound out Her Majesty once more," Brandreth wrote on the magazine's website. 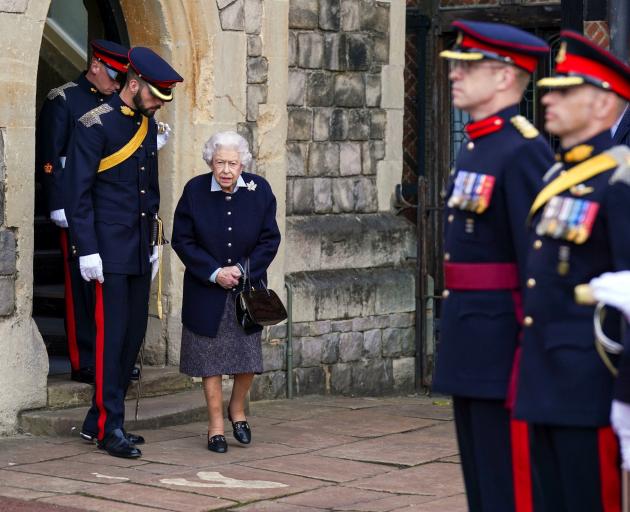 The Queen met with members of the Royal Regiment of Canadian Artillery at Windsor Castle earlier this month. Photo: Reuters

The Queen, however, has decided to rest for the next few days on advice from doctors and has cancelled a planned visit to Northern Ireland, Buckingham Palace confirmed.

The palace did not say why she had been told to rest, though it said Elizabeth was in "good spirits" and looking forward to visiting Northern Ireland in the future.

The Queen spent Tuesday night hosting a drinks reception at Windsor Castle for billionaire business leaders such as Bill Gates after Prime Minister Boris Johnson convened a green investment conference ahead of the COP26 climate summit.

"The Queen has reluctantly accepted medical advice to rest for the next few days," the palace said on Wednesday.

"Her Majesty is in good spirits and is disappointed that she will no longer be able to visit Northern Ireland, where she had been due to undertake a series of engagements today and tomorrow." 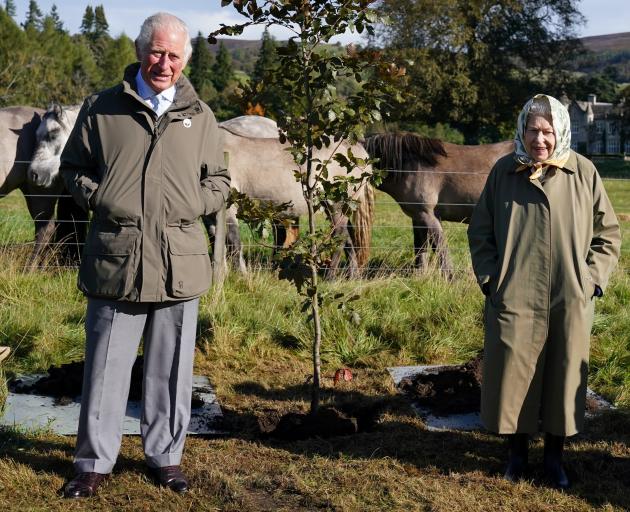 The Queen and Prince Charles mark the start of the official planting season for her Green Canopy at Balmoral Estate in Scotland this month. Photo: Reuters
The Queen was 25 when she became Queen Elizabeth II on February 6, 1952 on the death of her father.

Elizabeth, who acceded to the throne as Britain was shedding its imperial power, has symbolised stability for generations of British people, building the popularity of the monarchy despite seismic political, social and cultural change which threatened to make it an anachronism.

A quiet and uncomplaining dedication to the duty of queenship, even in old age, has earned her widespread respect in Britain and abroad, even from republicans who are eager for abolition of the monarchy.

A source said the queen's decision was not related to Covid-19. She is resting at Windsor Castle, the world's oldest inhabited castle.