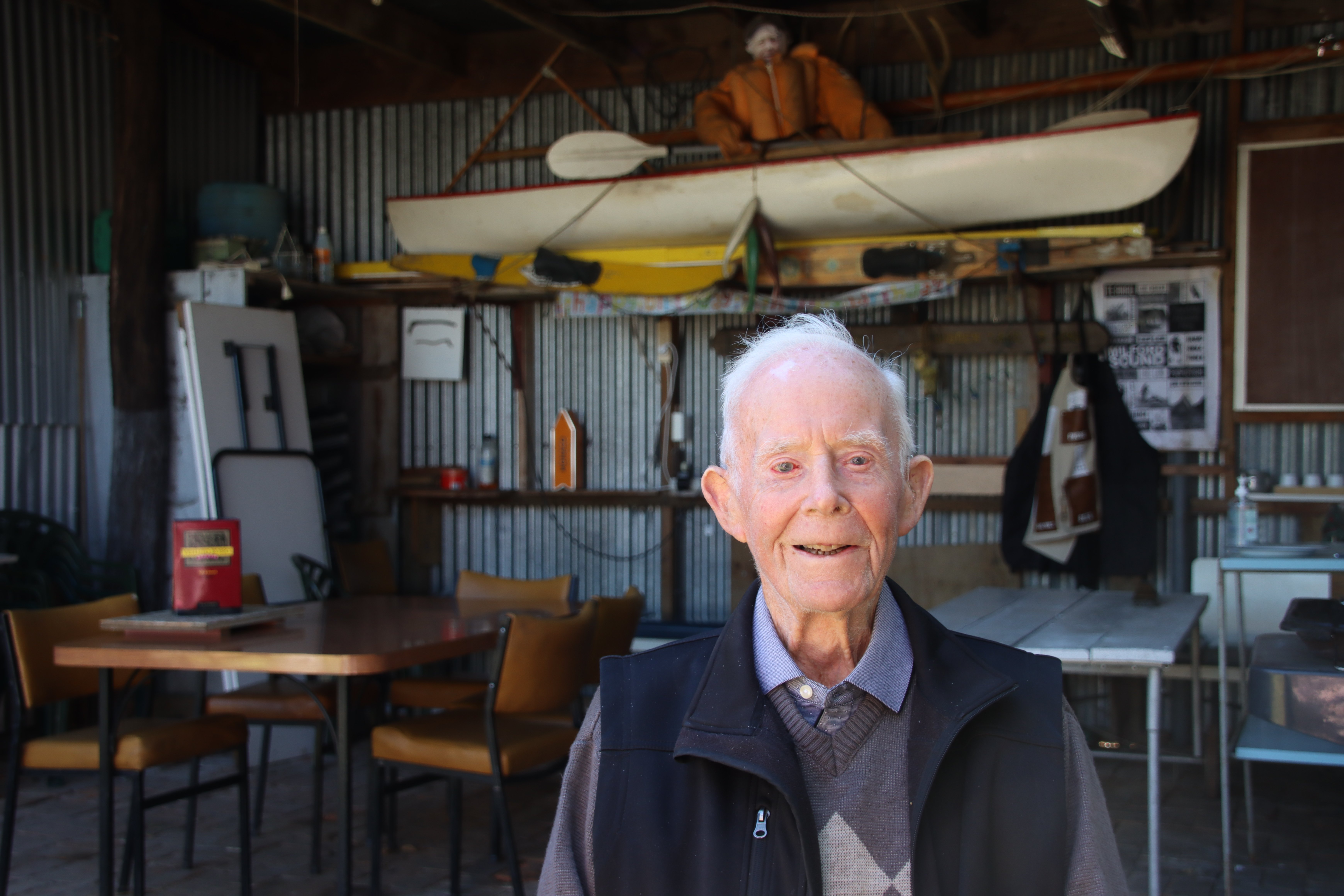 Gore man Fred Cooper, who marked his 100th birthday in Te Anau yesterday, sits at the entranceway to the boat shed where family and friends will gather today to celebrate the milestone. PHOTO: SANDY EGGLESTON
Throughout his life he told people he would live to be 100 and yesterday Fred Cooper’s prediction came true.

The Gore man will celebrate the milestone with family and friends today in Te Anau.

He did not know why he believed he would live that long but saying that amazed his mother, he said.

Longevity ran on his father’s side of the family. One of his aunts lived to 104.

Keeping active, hard work and being involved in the community were also important, he said.

“You have to have an interest in life — that’s people and what’s happening.”

People were very important to him and his philosophy of “being friendly and living in peace” had served him well.

He kept good health, his eyesight was “perfect” and he lived at home.

After growing up on a Knapdale farm near Gore, Mr Cooper became a builder after he left school and in 1948 started a building company, Jones and Cooper, with Alex Jones.

He built their first home and on the morning of the wedding removed the boxing from around the staircase so they could move in when they returned from their honeymoon.

The couple had four children.

The Highfield subdivision in North Gore was for him one of the most satisfying projects the company undertook.

The former farmland was surveyed and about 60 houses were built on the sections.

In 1985, his son Peter took over the business but Mr Cooper still went to the workshop most days.

Nowadays he drove instead of walked and spent the afternoon there.

“You could call me half-day Freddy.”

He had been celebrating his birthday in Te Anau since 1949 except for the year he was away on his honeymoon.

In the early days he used to camp at a nearby river, but bought a section in the town after it was surveyed and built a house there.

A boat shed built in 1974 on the property has been the venue for his birthday celebrations ever since.

Mr Cooper received the Queen’s Service Medal for services to the community in the 2013 New Year’s Honours list.

A World War 2 veteran, he has been involved in the welfare work of the Gore and Districts RSA for more than 50 years.