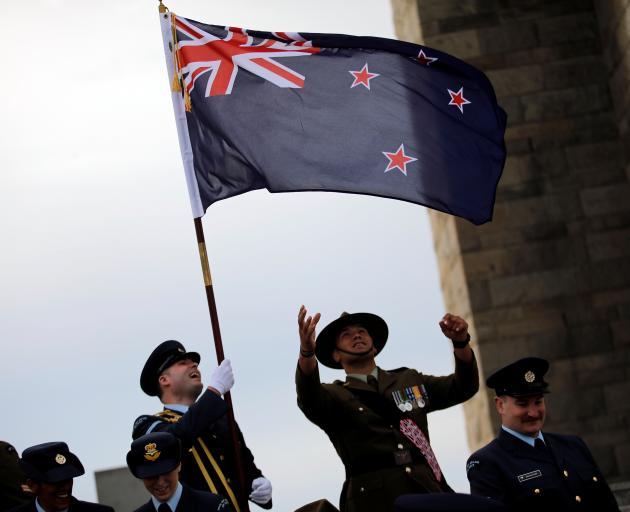 The cancellation covers the Anzac Dawn Service, the Australian Lone Pine Service and the New Zealand Service at Chunuk Bair.

Turkish authorities who host the events have been advised.

The Gallipoli Anzac Day services are jointly organised by Australia and New Zealand under an agreement between the governments.

"It is with deep sadness the decision has been made by both the Australian and New Zealand Governments to cancel this year's Anzac services at Gallipoli," Prime Minister Jacinda Ardern said today.

"The Gallipoli services in particular have become a pilgrimage of sorts for many New Zealanders. But with global travel restrictions and isolation requirements in place in most countries it is simply not practical to hold this year's event," Jacinda Ardern said. 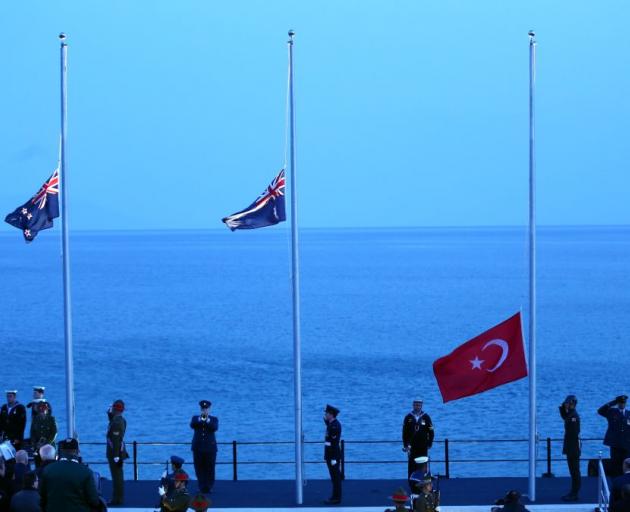 NZ, Australian and Turkish flags are raised the dawn service at Anzac Cove on the Gallipoli Peninsula. Photo: Getty Images
Prime Minister Jacinda Ardern and Prime Minister Scott Morrison have been in direct contact about the decision.

"Cancellation of an Anzac Day commemoration, and in particular Gallipoli, is something we would normally consider unimaginable, given the reverence in which we hold our ancestors who made the ultimate sacrifice there.

"But then these are unimaginable times and just as they sought to protect our people, so must we," Minister of Defence Ron Mark said.

Australian Veterans' Affairs Minister Darren Chester said the decision to cancel was made with great regret, but the safety of people involved was paramount.

"We simply couldn't be having large gatherings of 500 or 1000 people on Anzac Day on foreign soil this year," he told ABC News Breakfast today.

Large Anzac Day gatherings in Australian capital cities will go ahead in a different format. The Canberra commemoration will be conducted on a smaller scale but televised nationally.

"We know that if we can reduce the spread of this virus we can save lives in our communities," Mr Chester said.

New Zealand's Ministry of Foreign Affairs and Trade (Mfat) leads on other commemorations in capitals across the world, and decisions on these are being made on a case by case basis.

No decisions on domestic Anzac Day commemorations in New Zealand have been made yet.

Services would need to be held in accordance with the Government's new guidelines on public gatherings.

The Government will be discussing this further with the Returned and Services' Association (RSA) in coming weeks.