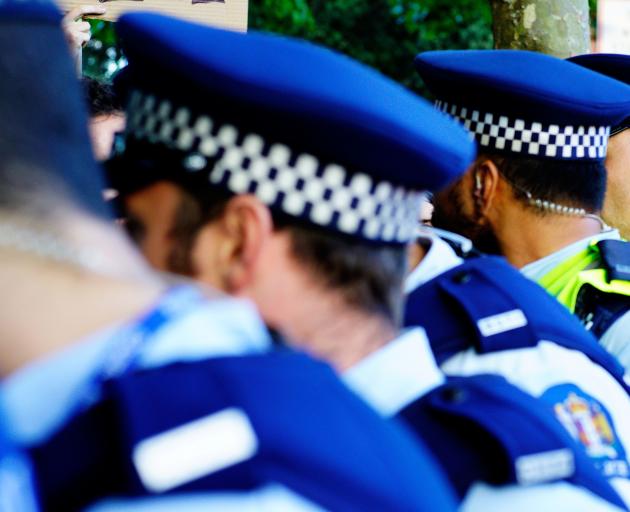 File photo/Getty Images
Senior managers in the police are failing to properly declare conflicts of interest when dealing with complaints of bullying and harassment, according to more than 50 victims and witnesses.RNZ has talked to 56 such people who said it was widespread throughout every part of the organisation.

Those who have experienced bullying put issues with the complaints system down to the bullying culture in the organisation, which they said had senior managers protect people they deemed to be in a "mates' club".

But police put the issue down to confusion and a lack of training for those dealing with bullying complaints.

Of the people RNZ spoke to, six are current or former employees in the human resources department, known as People and Capability.

They said the way police dealt with bullying complaints was as if the complainant was the problem, not the person they were complaining about.

One employee said there were times where someone was facing a serious criminal charge, and they retained full pay and had the full support of their colleagues.

But if a person filed a personal grievance, or complained about being bullied using the Speak Up service, "you're dead to the police".

What is Speak Up?

Speak Up is a complaints system in which employees can report bullying, harassment and other code of conduct issues.

There are three different ways it can be used.

There is an 0800 number, an online reporting tool which can be accessed through the police intranet, and there are Harassment Support Officers who complainants can talk to in person.

Once a complaint is lodged, management have a number of responsibilities they are meant to follow in order to protect the person who has made a complaint.

The first thing they are supposed to do is identify whether they have a conflict of interest, and if they do, the complaint is supposed to go to someone else to deal with.

People RNZ talked to said complaints were often directed to someone close to the conflicted manager, and were dealt with in a biased manner.

RNZ has seen the Speak Up policy, with directions for how managers should be dealing with conflicts of interest.

Once referred to an independent person without any conflict of interest, that manager is supposed to discuss any concerns a complainant has, and work to mitigate those.

They are also supposed to offer them a support person to help them through the process.

Of more than a dozen people RNZ talked to who filed a Speak Up complaint, none had that experience.

One senior officer said he complained about the conduct of his manager, which was referred to his manager's boss.

That person then started bullying him too, because he had appointed the person being complained about.

A two-year investigation led by the manager went nowhere.

The senior officer said if he was asked by a junior colleague whether to use the Speak Up tool, he would advise against it because it only made matters worse.

He said the bullying affected his mental health, his work life, and even caused issues in his marriage.

HR staff themselves said they were supposed to tell complainants the organisation cared and took allegations of bullying seriously, but they struggled because they themselves were often victims of bullying and harassment.

Each person RNZ talked to said they encountered severe micromanagement.

One person said when they were given a case to work on, they were constantly hassled by their manager to the point that they lost confidence in how they did their job.

They said managers were also telling people to try to minimise the level of a complaint.

It might be determined that something is bullying, but a manager would be urging for it to be downgraded to harassment.

One person said: "We're supposed to promote and lead cultural change in the police but how can I when it's toxic and bullying is alive and well in HR?"

The other issue in HR is resourcing.

They said the team was understaffed and overworked, and as soon as somebody said that to a manager, they were abused for not keeping up with the pace.

Police to review Speak Up

Police deputy chief executive of people and capability Kaye Ryan said they were reviewing the complaints' process, that included Speak Up.

She denied bullying was widespread in the police, rejecting the assertion wholeheartedly.

But she said there was an issue with Speak Up, in that managers - the ones dealing with complaints - were confused about what they were supposed to do.

"It obviously takes immense courage to come forward with a complaint about a colleague, but we have had feedback that there is confusion in relation to the process and the requirements.

"There can be a lack of knowledge and consistency of what people should do. And we have challenges with understanding who owns a complaint, which is why we're reviewing it."

Ms Ryan said that would help explain some of the feelings of complainants.

"We're also looking externally at what best practice we can take from other organisations' experiences."

Those who had been victims of bullying said the issues with Speak Up were a result of the bullying culture, and that it was "lip service" from senior management.

But Ms Ryan said confusion was the key issue.

"The managers and the HR advisory stuff are having challenges with understanding the processes."

Ms Ryan rejected claims from staff that bullying was widespread.

"I mean, if you even look to WorkSafe New Zealand, they say studies suggest that between one and five and one and three New Zealand workers report bullying or harassment annually.

"What I will say is we're not immune to that behaviour, but we want to address it."

Ms Ryan said the police was a great place to work.

She said a recent survey of staff showed 80 percent of respondents agreed the police was a good place to work.

Thirty-one percent of police staff filled in the survey.