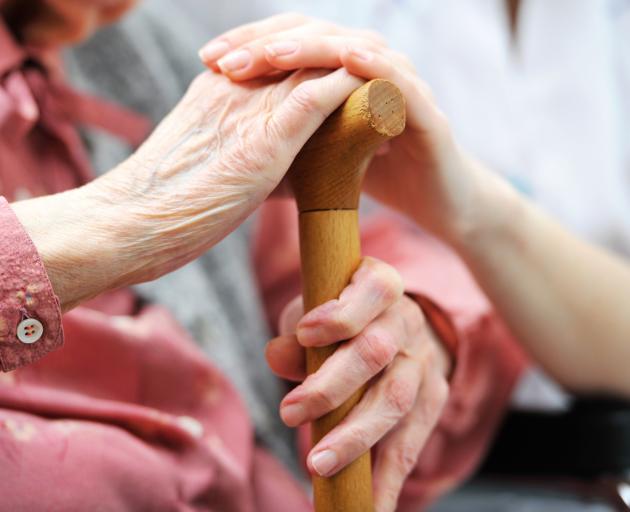 Ryman chief executive Gordon MacLeod estimates there are 143 million people aged over 80 years now and that will jump to 426 million by 2050. Photo: Getty Images
Ryman Healthcare says the Australian and New Zealand governments need to take the rapid ageing of the population more seriously.

Chief executive Gordon MacLeod estimates there are 143 million people aged over 80 years now and that will jump to 426 million by 2050. And he says the demographic spikes in both New Zealand and the Australian state of Victoria, the regions in which Ryman operates, are accelerating faster than the rest of the world.

"It's a massive long-term change and the conversation needs to change," he says, adding that some people wrongly believe it's only a temporary spike.

MacLeod deals with many regulators, government officials and analysts but says few seem to appreciate the enormity of the demographic change we're facing.

"The ageing population, it becomes just a hackneyed phrase. It's almost as though people say, yeah, I know all about that," without fully appreciating the implications for everything from the workforce, to the residential and health needs ageing people have.

"I don't think it's in the public debate as much as it should be." A recent search of the current government's "well-being" budget found hardly a mention.

MacLeod says a policy of encouraging people to age in their existing homes isn't necessarily the best option.

"One of the big issues of people being at home is the sheer isolation. It's one of the most damaging health issues people can face."

Australia's ongoing Royal Commission into Aged Care Quality and Safety concluded in its interim report last month that the aged care system fails to meet the needs of older, vulnerable citizens and doesn't "deliver uniformly safe and quality care, is unkind and uncaring towards older people and, in too many instances, it neglects them."

MacLead says the report was written on the basis of visiting just 0.8% of the care facilities.

"To categorise the entire sector as a case of neglect is very sad."

New standards that came into force in Australia from July 1 include unannounced audits of care facilities. MacLeod says he happened to be at the Nellie Melba village in Melbourne when it was subject to such a surprise audit which found it met 100% of the new standards.

Yesterday, Ryman reported a 6.2% rise to $NZ103.5 million ($A97.6 million) in underlying profit for the six months ended September and forecast the full-year underlying result will come in at $250-265 million, up from $227 million the previous year.

Ryman currently houses about 11,400 people in its villages and is upping its build rate this year to about 900 beds and units from 757 in the year ended March.

Ryman was the pioneer of the "continuum of care" philosophy for retirement villages, which cater to residents' ongoing health needs as they become more frail or their health deteriorates. At the time, most villages were "lifestyle" oriented.

Ryman's care beds-to-units ratio is about 34% and, if serviced apartments are included, that rises to about 53%.

By comparison, Summerset Group's care beds and serviced apartments account for 36 percent of its portfolio.

MacLeod says not all new residents of care facilities come from existing villages but that since January 2017, there have been about 4600 internal transfers within the villages to different levels of care.