'At least it's not a cat': Firefighters delight in rescuing dog stuck in tree: 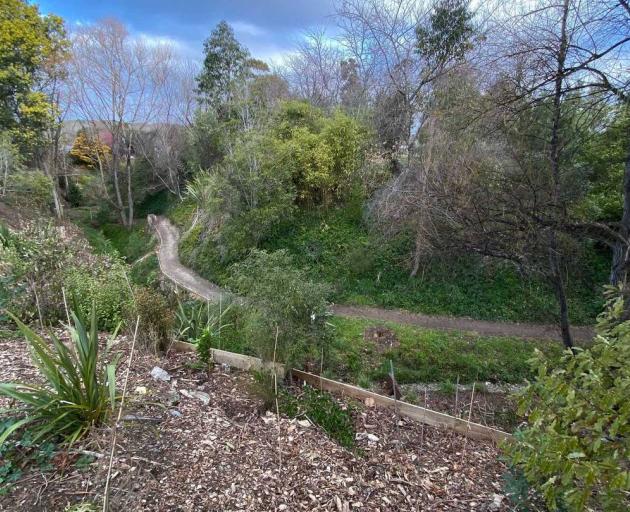 The Labrador-cross required rescuing by firefighters after getting stuck in a fallen tree at Havelock North's Palmbrook Reserve. Photo: NZME
If a cat gets stuck in a tree, you probably won't read about it in the national news media.

But if a dog gets stuck, well, you're reading about it alright.

Firefighters from the Havelock North volunteer brigade were on Tuesday evening called to Palmbrook Reserve because a dog had become stuck in a tree.

The reserve is a popular walking area but has a drop off area into a gully where the Karituwhenua Stream runs through.

The dog, a labrador-cross, walked onto a fallen tree at the reserve which was resting about five metres above the bottom of the gully.

Chief fire officer at Havelock North Volunteer Fire Brigade, Rod Triplow, said the dog had then realised it couldn't get back, because there were branches stopping it.

He agreed it was one of their more interesting jobs.

"At least it's not a cat. It makes a change for us. We've been out to lots of cats but not many dogs."

The dog's owner had called in the crew after realising he wasn't going to be able to drag the dog back himself as he would have been putting himself in danger.

Triplow said a firefighter climbed onto the tree and helped lower the dog down to the waiting crew using a spare lead.

"The dog was just having a bit of fun."

It's not the first time in recent weeks the crew from Havelock North has been called about dogs getting themselves in tricky situations.

Earlier this month the brigade was called to an address in Poukawa to rescue a dog from a drain.

The dog, "a 26kg terrier", was stuck down a stormwater drain, likely after chasing a rabbit into it, a Fire and Emergency NZ spokesman said.

The dog was freed from the drain, he said. The rabbit was found dead.