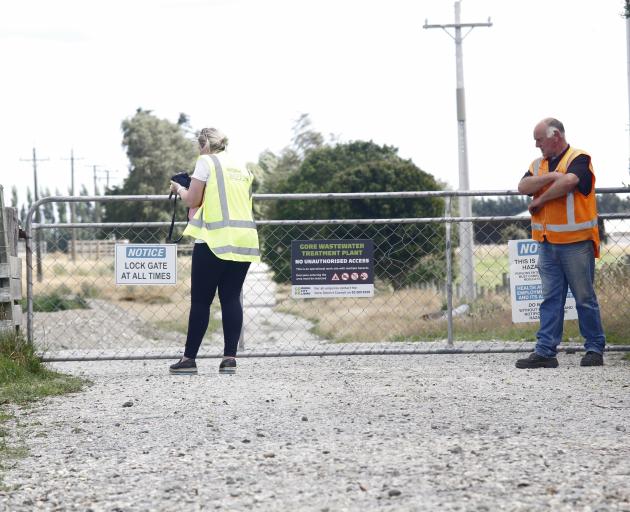 A WorkSafe New Zealand official examines the Gore sewage plant gate through which the 3-year-old may have passed before drowning last January. PHOTO: GIORDANO STOLLEY
Police will review the drowning of Gore toddler Lachlan Jones following claims by the boy’s father that foul play may have been responsible for his death. 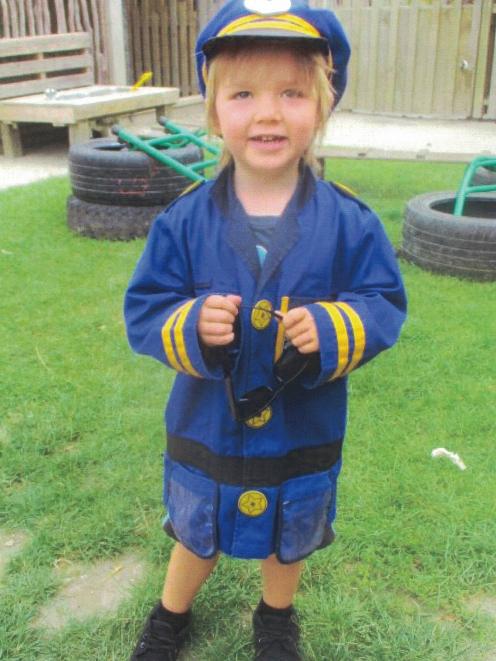 His lifeless body, lying face up, was discovered by a police search team in one of the Southland town’s sewage oxidation ponds.

Mr Jones spoke to the Otago Daily Times yesterday and said he felt his son had been "let down" by police.

He claimed Gore police’s investigation into his son’s death was superficial and had jumped to conclusions unsupported by the evidence.

He now believes his son was carried to the ponds by someone, before his young life came to an end.

On the night of Tuesday, January 29, Mr Jones was not present at the Salford St home where his partner, Michelle Officer, and their son lived, due to a temporary estrangement.

Ms Officer could not be contacted for comment by the ODT yesterday.

Mr Jones said according to witness statements, Lachlan left home some time between about 8.30pm and 9pm.

Police records say the youngster was wearing a yellow high-vis vest and, barefoot, walked or ran the 1.2km to the Gore sewage plant oxidation ponds, where he drowned.

His body was found by an officer and his police dog at 11.15pm.

He said police did not conduct a full forensic scene examination, and ignored what seemed to be contradictory post-mortem and witness evidence.

This had led him to the conclusion that his son had not come to grief on his own.

"There’s just so much that doesn’t add up.

"The timelines given by [his mother] and other witnesses who spoke to them or saw him that night don’t make sense, nor does the physical evidence.

"This is a little boy who’s supposed to have run 1.2km to somewhere he’s never been before, barefoot across gravel and through nettles, climbed a gate or barbed wire, and got into a pond.

"Why were there no marks on his feet or legs, and why were no fingerprints taken from the gate?

"I believe he was carried there by someone."

Mr Jones said the extent of his involvement with the investigation following his son’s death was a solitary statement given to police.

"I feel totally excluded from the investigation. As far as I’m concerned, they might as well have thrown that statement in the rubbish."

As a result of the incident, WorkSafe has taken the Gore District Council to court, where it faces a fine of up to $1.5million for failing to take "reasonable precautions" to ensure the site was safe.

Following an article published by Newsroom on Wednesday, the council spoke to the ODT yesterday and said it had "concerns" about the case, which led it to plead not guilty to the charges brought.

In a statement, a council spokeswoman said recent developments had raised "interesting and significant questions".

"The council will follow any developments with interest. We have also had concerns about aspects of this case, which contributed to our decision to plead not guilty to the charges brought by WorkSafe. We are unable to expand on those concerns due to the court action.

"This is a trying time for everyone involved in this tragic incident, and [the situation] is likely to cause concern within our close-knit community."

Mr Jones said he still felt the loss of his son as keenly as on the balmy summer day he disappeared.

"If Lachie had been with me that night, he’d still be alive now.

"I’ve spoken out now because [the grief] is just getting worse every day nothing happens.

"The police have taken his voice from him."