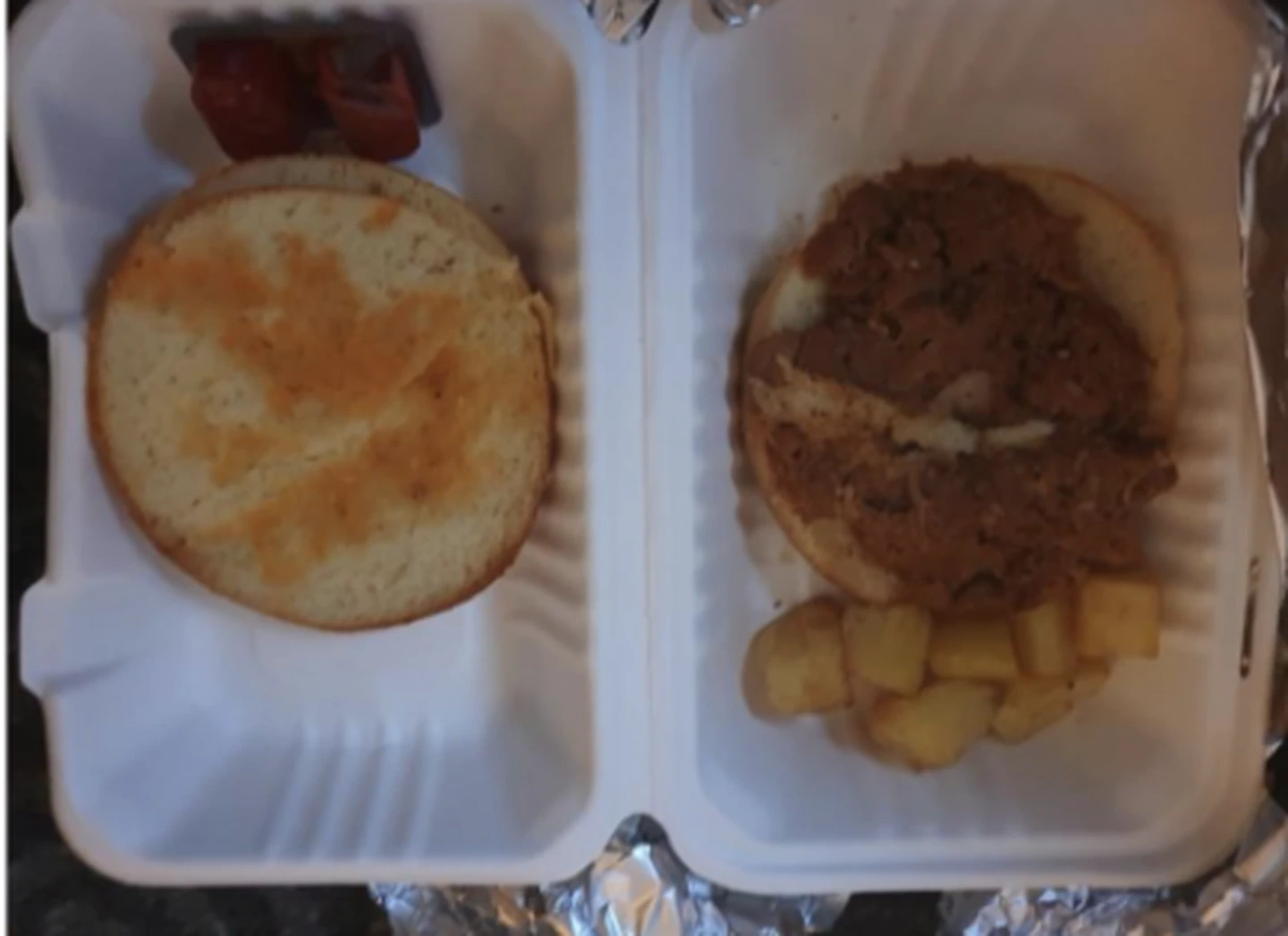 Heather, who recently returned from Australia and does not want her surname used, says her meals are "uneatable" and so cold she has tried to get a friend to deliver a microwave to her hotel room.

She has been staying at the Crowne Plaza Auckland since arriving in New Zealand from Australia on October 29.

She said the meals were tasteless, the baking stale and a piece of chicken she was served was undercooked.

"It is really hard to be stuck in the room and the only thing you've got is food.

A photo of the dinner she was served one evening shows a burger consisting of simply buns and a meat patty. 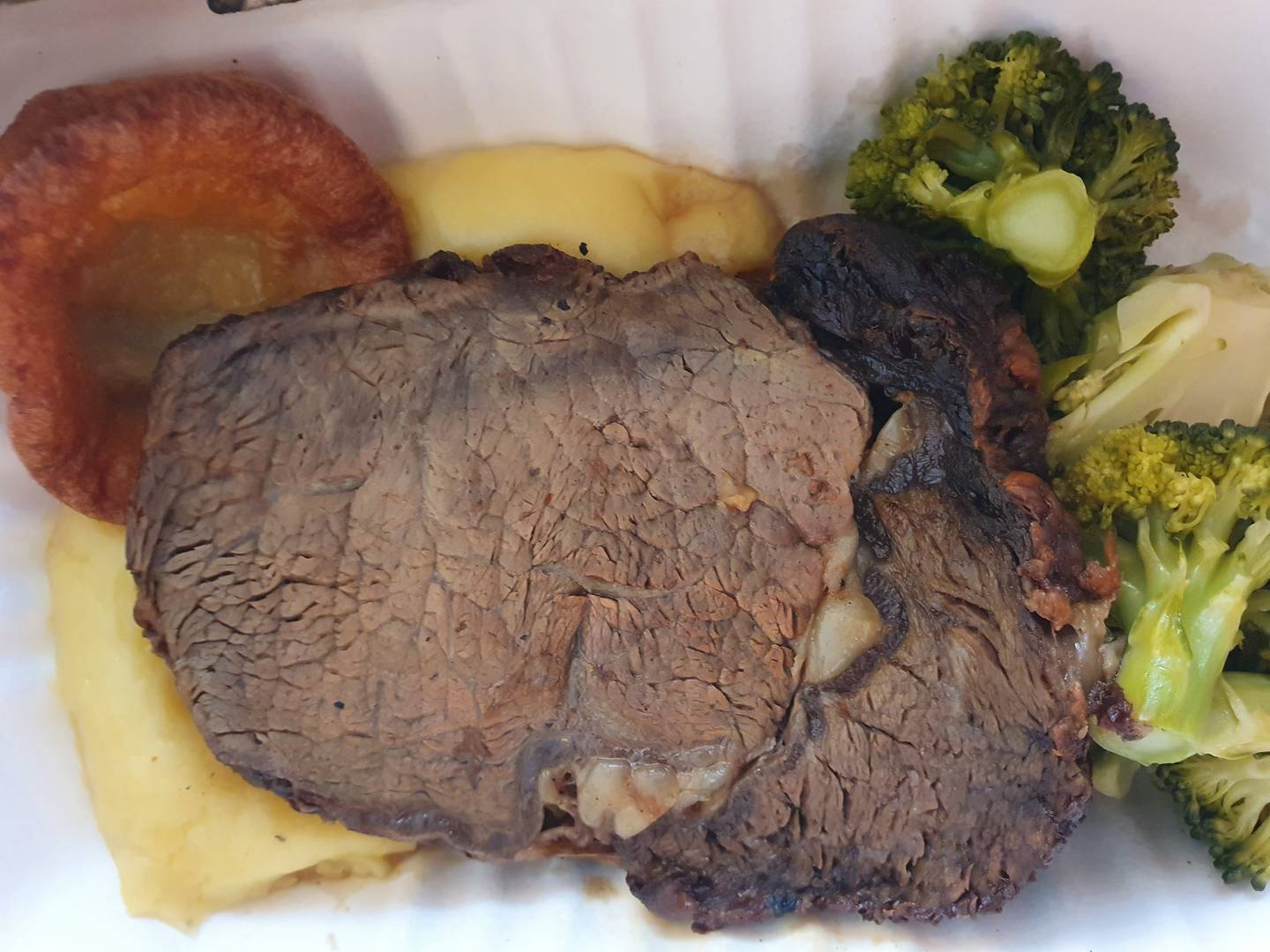 A woman in hotel quarantine is unhappy with the food she is being served. Photo: Supplied
A container of cabbage was served with it, plus potatoes, she said.

Another night she was served beef, with broccoli, a Yorkshire pudding and mashed potato.

She said she hadn't cancelled the food order because if the hotel has to do a deep clean, it will prohibit deliveries.

"Uber Eats also had to get delivered, they're still super-hot. You wonder, where have these [hotel meals] been? I can't stand cold food of any sort."

A Managed Isolation and Quarantine spokesperson said hotels being used as managed isolation and quarantine facilities must meet a number of criteria, including adequate food and drink delivered to rooms.

Hotels provide three meals a day paid for by the Government, the spokesperson said.

"Part of the site assessment for prospective facilities includes confirmation that the facility is able to provide returnees with three meals a day that meet returnees' dietary requirements, medical needs and cultural tastes."

Food can be prepared on-site or catered and delivered, but must comply with New Zealand food safety standards.

"Dietary requirements, including allergies, intolerances, preferences, and/or cultural/religious considerations, are identified through a questionnaire returnees answer as they enter the facility."

Meanwhile, Uber Eats has seen a boost in sales with returnees holed up in quarantine.

One person in isolation made 63 orders on Uber Eats during their two-week stay, including 24 to Wild Bean Café.

Another person placed 25 orders at an Auckland CBD Indian restaurant— the equivalent of 1.7 times a day over the mandatory 14-day stay.

But the free quarantine grub hasn't left a sour taste in everybody's mouths.

The Herald spoke to returnees in quarantine in April, who gave the food a resounding thumbs up.

Christchurch woman Monique Bensemann, who stayed at Auckland's Jet Park Hotel, said the food was nice and always came out fresh and hot.

Adam Royter, who stayed at Manukau's Ramada Hotel, said he had "no complaints" about the food, while Gisborne father-of-one Shingo Suematsu, who stayed in another Auckland hotel, said the food he got was amazing.

A Herald report in July comparing quarantine hotels described the Crowne Plaza as having very good Wi-Fi with a plain breakfast of cereal, pastry, fruit and juice and large, hot meals three times a day.

Barista coffee was available at a charge and laundry was free, it said.