$40k to fly terrorist to Christchurch for sentence 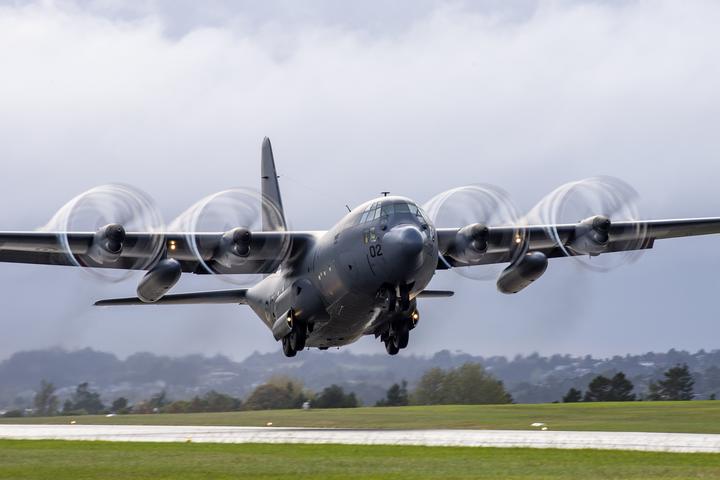 The mosque terrorist was flown to Christchurch on a C-130 Hercules last month. Photo: NZDF
It cost nearly $40,000 to fly the man responsible for the Christchurch mosque attacks to and from Christchurch in an Air Force Hercules for his sentencing.

The Australian terrorist was last month jailed for life without parole for the attacks on March 15, 2019,  in what was a New Zealand first.

He had earlier pleaded guilty to murdering 51 worshippers at Al Noor Mosque and Linwood Islamic Centre, and to shooting and injuring 40 more in an attempt to murder them.

Information released to RNZ under the Official Information Act shows it cost the Defence Force $39,321 to use the Hercules.

Tarrant had asked to attend his sentencing remotely; his lawyers arguing it would save costs and avoid the need for secure transfer from Auckland to Christchurch.

It was a request opposed by the Crown, who said there was no reason why the sentencing should not be conducted in the ordinary way with the defendant physically present.

Justice Mander ultimately ordered Tarrant to be in court for the sentencing; citing concerns he could be trying to avoid being held publicly accountable for his crimes.

The mosque shooter has been designated a terrorist entity since his sentencing; freezing his assets and making it a criminal offence to participate in or support his activities.

Victims and politicians have expressed varying views on whether or not he should be incarcerated in New Zealand at a cost of $5000 a day or be sent back to Australia.