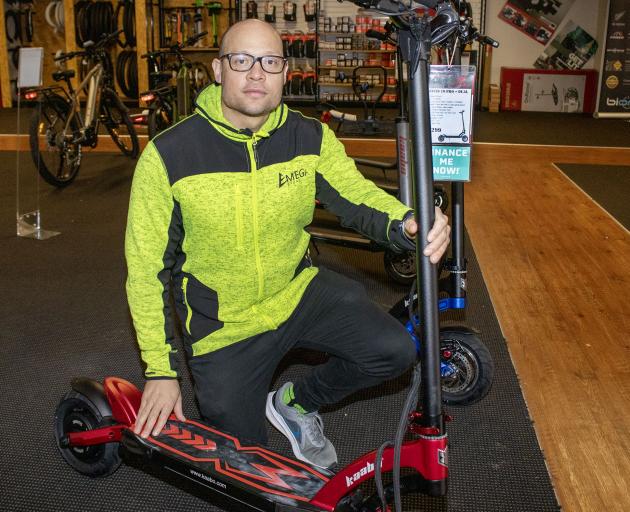 E-Mega Store manager Jeremy Joseph said a dozen e-scooters were taken in the latest theft. Photo: Geoff Sloan ​
A Christchurch e-scooter retailer has been targeted by burglars for a third time this year - with $20,000 worth of popular models stolen in the latest raid.

E-Mega Store owner Greg Shepherd said a dozen electric scooters were taken by a lone burglar, who smashed a window to access the store at a retail precinct on Cranford St, Redwood, about 4am last Monday.

Shepherd said CCTV footage has been handed to police, but the burglar’s hoodie and the darkness made him difficult to identify before he left the scene in a vehicle.

Adding to Shepherd’s frustration, Covid-19-related freight delays meant it would take time to replace the stock. 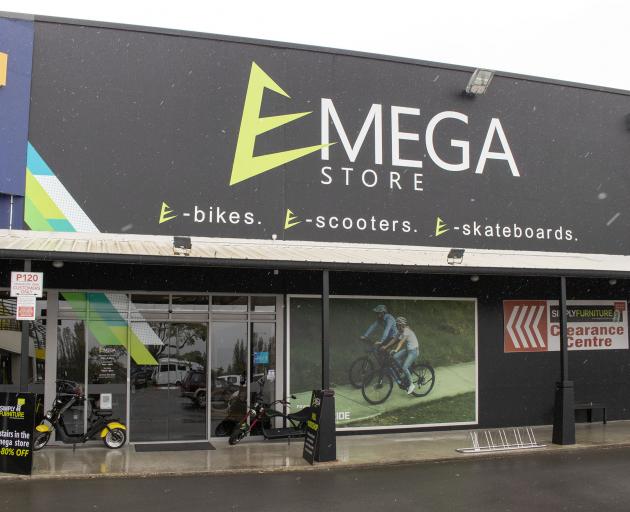 The E-Mega Store on Cranford St. Photo: Geoff Sloan
“Trying to get anything imported into the country is hard work at the moment, and with batteries it’s dangerous goods so it’s even harder,” said Shepherd, who hoped his next shipment of Kaabo and Inokim-branded e-scooters would arrive from China by March.

“We’ve still got stock but it’s a big dent in your sales. They’re insured, the biggest problem is the GP [gross profit]. 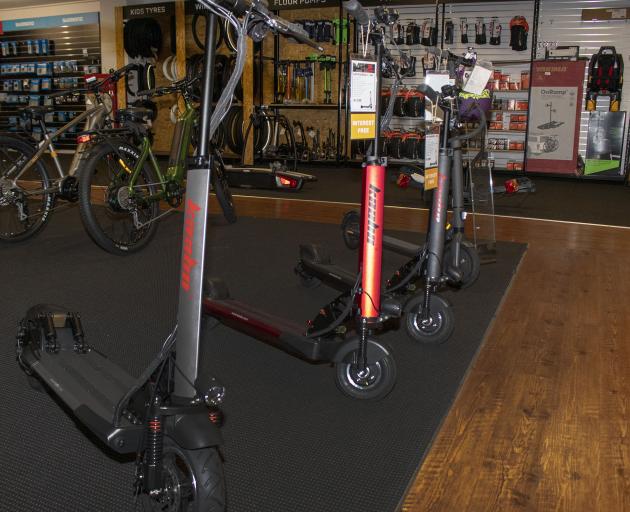 Kaboo e-scooters. Photo: Geoff Sloan
Depending on the model, the Kaabo and Inokim OX e-scooters retailed from $1200 to $3000.

The business was first burgled in February, when two e-bikes were stolen; a solitary e-scooter was taken about six weeks ago.

While the e-scooters had keys in the ignition, the burglar could not find the battery chargers, stored separately.

“You’d hope other retailers wouldn’t just sell him chargers but it’s quite hard because there’s so many internet guys. It makes it quite difficult in that respect,” Shepherd said.