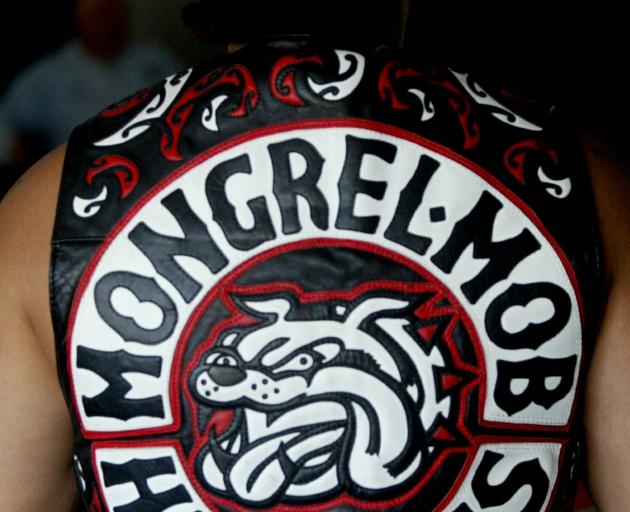 James Meha Te Ruruku Elkington, who has 16 children and now 13 family harm incidents next to his name since September 2020, must sign up to rehabilitation programmes aimed at getting his life back on track.

The 49-year-old appeared for sentence today, having admitted a charge in February of assault with intent to injure in relation to an attack on his partner.

On the morning of February 14 the victim found out she was pregnant and told Elkington, who was said in the police summary of facts to be happy with the news.

The pair went out and bought lunch before heading home. As the victim lay in bed, Elkington asked her to do something she would not agree to, which angered him. He then leaned over her and yelled in her ear about past issues in their relationship.

The victim was intimidated and tried to push him away, which led to an accusation from Elkington she had hit him in the face. He then punched her square in the face, with enough force that she was left dazed, and then passed out.

When she came-to several minutes later, Elkington was still yelling in her ear. He blamed her for punching him. The victim, afraid of Elkington, remained in her bedroom for the rest of the day, and all the next day.

The assault, which left her with two black eyes, happened only months after he was sentenced to prison on charges related to serious abuse against his partner culminating in strangulation, while subject to sentencing on similar charges.

His lawyer Kelly Hennessey told Open Justice outside court that Elkington's 21-month sentence last October included time already spent in custody awaiting sentence. He had been released back to his home with a probation-drafted safety plan, which included allowing him to co-habitate with his partner, who had supported him throughout.

A judge at the Nelson District Court heard today how earlier attempts to sign up to rehabilitation programmes had been thwarted by complications linked to the pandemic, with staff absences and shortages.

Judge Jo Rielly told Elkington to look in the mirror, look at his hand - make it into a fist and see how big it was. He replied that he planned to heed her advice.

"I accept your challenge, ma'am," Elkington said via video link from where he was being held in custody in Christchurch.

He was granted leave to apply for home detention, if an approved address could be found, and if Elkington committed to a list of suitable rehabilitation programmes.

Judge Rielly said the decision was based partly on matters brought to light by a cultural report which showed the significant harm Elkington had suffered as a child in more than one environment, and which had contributed to the person he had become.

She said the long list of family harm occurrences was "very concerning". She noted the victim had declined to provide a victim impact statement.

"You have 16 children - perhaps about to be 17, and you also have moko (mokopuna). You started life in what seemed to be a very happy environment."

Judge Rielly said it was evident that a turning point had been when Elkington, a child in the days it was accepted that children were not told about their whakapapa, learned that he was not the biological child of the woman he knew as his mother.

"It was a significant blow," said Judge Rielly who also noted the two women in his life who had been extremely supportive.

She said Elkington had been a troubled teen and then joined the Mongrel Mob, of which he was an "unrepentant life-long member", but he also had a level of insight into how being an active member meant he was likely to reoffend.

She said he often made promises he then did not follow, but he had a good insight into what he needed to do in order to change.

"Until you do, you will keep committing offences.

"The other thing you need to take into account is that meting out violence to your domestic partners is extremely harmful to your children and moko.

"It exposes them to go on to be violent and I'm sure you don't want them to live the life in and out of prison, that you have lived."

Judge Rielly told Elkington he "really needed" to address his drug addiction problem, and rehabilitation would help him do that.

His sentence included a set of non-association conditions, and that he attend rehabilitation programmes as directed.