Minister of Education Chris Hipkins has applied to regularise a breach of boundary conditions at the newly-built Redcliffs School. Photo: Geoff Sloan
Part of the new $16 million Redcliffs School has been built in breach of a condition set out in the District Plan.

The Beachville Rd campus reopened last Monday after a nine-year journey to rebuild the school, which was demolished at its former Main Rd site following the February 22,  2011, earthquake.

But behind the scenes, there have been issues over a breach of boundary conditions, a report has revealed.

Under the District Plan, a rule states no part of a building should project beyond a building envelope contained by a recession plane.

It is to prevent effects on adjoining properties, and in this case, the building’s height has proven impacts on daylight and sunlight into the section at 19 Main Rd.

Friends of Redcliffs Park spokesman Chris Doudney, who was strongly opposed to the new school being built at the Beachville Rd site, has read the report identifying the breach. 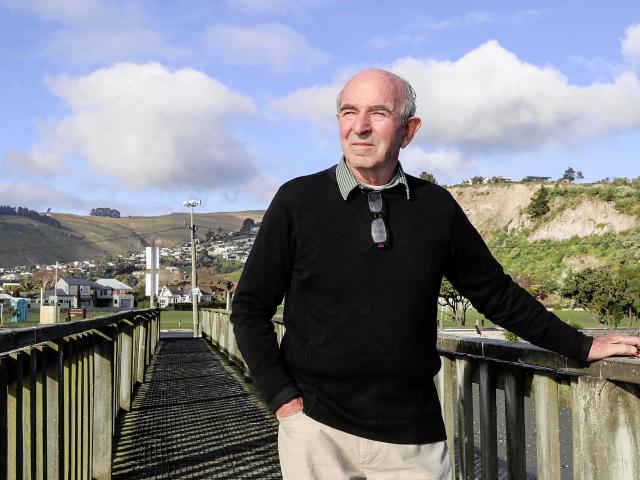 Chris Doudney. Photo: File
He said the breach “really confirms what an unsuitable site” Redcliffs Park was for a new school.

Doudney petitioned for the school to be built at the former site in 2018 but was unsuccessful.

Minister of Education Chris Hipkins has applied to “regularise” the breach, which will be heard by the Resource Management Act Hearings Panel tomorrow.

The owner of 19 Main Rd, an empty section neighbouring the school, complained to Christchurch City Council about the height of the building last year.

A city council spokesperson said it was then identified the recession plane angle was incorrectly drawn on plans by Tennent Brown Architects following a review of the consent documentation in October.

"There have been ongoing discussions between the architect and the neighbours, which didn’t resolve the matter.

"Subsequently, an application was made to alter the designation.

"If the application is declined, there is a right of appeal to the Environment Court.

"Alternatively, the southern part of the building could be modified."

Ministry of Education head of education infrastructure service Kim Shannon said when the breach was discovered, the main superstructure of the building had already been built.

She said the ministry received expert advice the breach was likely to have only a minor effect on the vacant section.

A Tennent Brown Architects spokesperson said it is "not in a position to comment with the hearing pending".