Roads across parts of Christchurch are still unbelievably shocking.

Council staff have been having a big think on how to spend the Government's $300 million Christchurch regeneration fund. 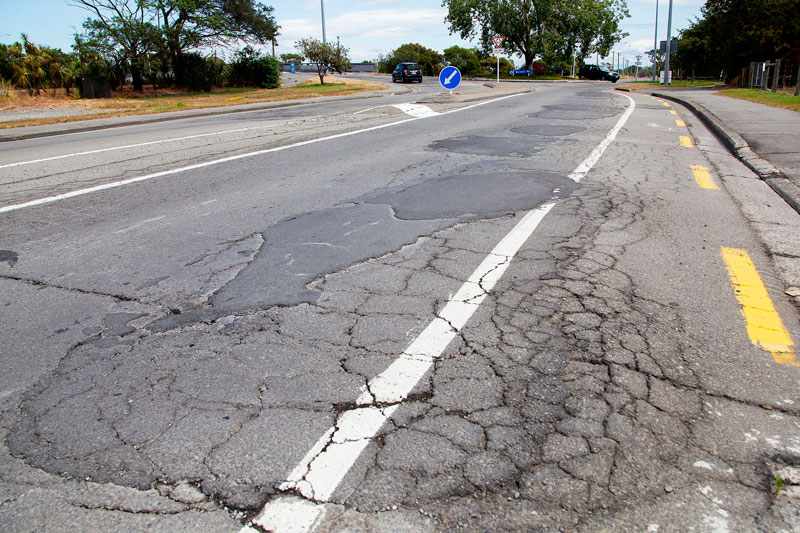 Their business case which outlines specific road repairs was approved last year, but still no action.

Dissatisfaction with the state of roads contributed to the council recording its lowest residential satisfaction performance rating in 13 years.

In a mind-blowing council meeting last week, the head of planning and strategic transport, inadvertently exposed the council's inability to respond in a timely manner to the ongoing frustrations of ratepayers.

He told councillors following the SCIRT programme, "we haven't done a lot of resurfacing and resealing and we brought that to your attention in the 18 to 28 long term plan, and there was further investment put into that, and we've managed to re-surface a slightly greater proportion of the network. And councillors will be notified of more details in the 21–28 long term plan."

What does that mean?

The manager said "from a staff perspective, it's a matter of increasing funding to improve that smoothness of the road network, which at the moment has been simply affected by all the work that SCIRT did, post-quake, digging it up, and a kind of lack of investment since then, in comparison with other major metros throughout the country so, we do 2 to 3 per cent a year, most others do 6 to 8 per cent, so that compounds year on year on year, and it's reflected in the residents' satisfaction survey."

The manager said this coming financial year staff would spend a lot of time working out where they think it best needed to be spent, engaging and getting feedback from community boards, and council.

"I don't think we'll see a lot of money being spent as part of the Crown funding, in the next financial year."

Councillors were dumbfounded by the response. Sara Templeton said, "we don't consult when we're just replacing road surfacing, so we should be able to get on with some of that."

The council manager said "we've got the money, we're working at a programme, which is in line with the business case, but there's always a lead-in time before we can deliver transport projects, I mean, under the local government act, we often do consultation or engagement in these things, that takes a significant period of time, even if the works are pretty minor."

Councillor Yani Johanson said council needed to focus on getting the basics done first before it gold-plated the city.

To his credit, he's been saying this for years. "Millions spent on the fancy and expensive accessible city programme in the central city while the suburbs continue to deteriorate is ludicrous."

Councillor Sam MacDonald said the government acceleration fund was announced in 2017 and the business case was approved in 2019.

He said we can't wait another 12 months to deliver this for our city. "We need momentum right now and this must be a priority."