Pro-Trump protesters storm the Capitol Building on January 6. Photo: Reuters
Top US Capitol security officials have apologised for "failings" during the deadly attack on the building by followers of then-President Donald Trump in a bid to stop the certification of Joe Biden's election victory.

The officials on Tuesday specifically acknowledged a number of missteps: conflicting intelligence, inadequate preparation and insufficient mobilisation of partner agencies, and called for improving accountability systems and communications structures.

"I am here to offer my sincerest apologies on behalf of the Department," said Yolanda Pittman, the acting chief of Capitol Police, according to a prepared statement for the US House of Representatives' Appropriations Committee.

"The Department failed to meet its own high standards as well as yours."

About one dozen officials from agencies including the FBI, National Guard, Justice Department and US Capitol Police briefed House appropriators who are looking into the events of January 6.

Democratic Representative Tim Ryan later told reporters that police officers guarding the Capitol were ordered not to use lethal force against the angry mob that pushed its way into the Capitol to commit violent acts and damage the historic building.

"That was the directive they were given," Ryan said, adding that once a lockdown was ordered at the Capitol and adjacent buildings, it was not fully enforced.

"You still had people blowing in and out ... that whole entire thing needs to be reviewed," said Ryan, who chairs a House Appropriations subcommittee that oversees US Capitol Police and its funding.

Ryan emphasised that a series of investigations were still in early stages, with many unanswered questions.

He said the force's budgets will be reviewed, noting that officers did not have enough riot gear and other equipment to deal with the mob. Public hearings are expected.

Pittman said many of the officers suffer from post-traumatic stress disorder after the assault in which five people died, including one Capitol police officer. Pittman said the death of a second officer was indirectly linked.

She and Timothy Blodgett, the acting US House of Representatives' sergeant at arms, said security officials were working to do more to boost protection of the US Capitol, the seat of government.

Pro-Trump supporters stormed the building following Trump's urgings at a rally near the White House to go to the Capitol. Trump was subsequently impeached by the House on a charge of incitement and the trial in the Senate is scheduled to begin the week of February 8.

The then-chief of the Capitol Police and House and Senate sergeants at arms stepped down.

In the weeks since the attack, security has been heightened around the Capitol and in Washington in general, with eight-foot-high fencing surrounding the Capitol's perimeter and National Guard troops brought in for Biden's inauguration on January 20.

Some 5000 National Guard troops will remain in Washington through mid-March.

Ryan said the FBI was making progress in sifting through some 200,000 pictures and videos of the riot, along with many tips from citizens who recognised rioters at the scene. 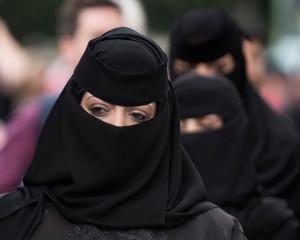