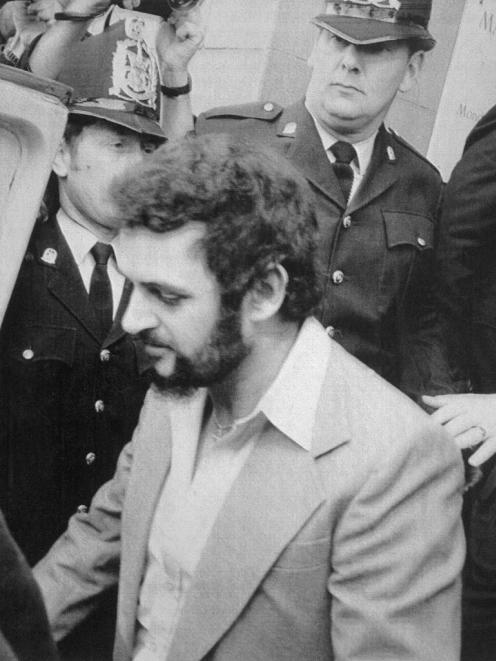 Peter Sutcliffe was arrested in 1981 and pleaded guilty to 13 charges of murder and 7 charges of attempted murder. Photo: Getty
Peter Sutcliffe, the British serial killer known as the Yorkshire Ripper for a five-year murder spree during which he stabbed and bludgeoned at least 20 women and girls, killing 13 of them, has died after catching Covid-19.

Sutcliffe's murders - which left women mutilated across northern England between 1975 and 1980 - triggered widespread fear in northern cities and the police were criticised for taking so long to track him down.

Sutcliffe was arrested in 1981 and pleaded guilty to 13 charges of murder and 7 charges of attempted murder. He spent the rest of his days in prison. He died early on Friday (local time) after refusing coronavirus treatment. He was 74.

Among those he killed was a 16-year-old shop assistant. His youngest victim, just 14 when Sutcliffe hit her five times in the head with a hammer in 1975, survived the attack.

Sutcliffe, who worked as a truck driver, pleaded not guilty to 13 counts of murder, but guilty to manslaughter on the grounds of diminished responsibility.

He said he had been given a mission by God to kill prostitutes, though his victims came from all walks of life. The judge dismissed his plea of diminished responsibility, and Sutcliffe was found guilty of murder on all counts.

He was sentenced to 20 life terms in prison and was later diagnosed with paranoid schizophrenia.

West Yorkshire Police were criticised for missing opportunities to capture Sutcliffe, despite interviewing him nine times during the hunt.

The investigation, which predated the use of computer records, was overwhelmed by paperwork, hampering detectives' ability to link clues and allowing Sutcliffe to slip through the net, a later inquiry said.

Police also mistakenly believed a hoax audio tape from a man who claimed to be the murderer, sending them on a futile search for someone with an accent from Sunderland in the north east.

Sutcliffe was eventually caught when he was with a 24-year-old sex worker, and a police officer discovered the number plates on his vehicle were false.