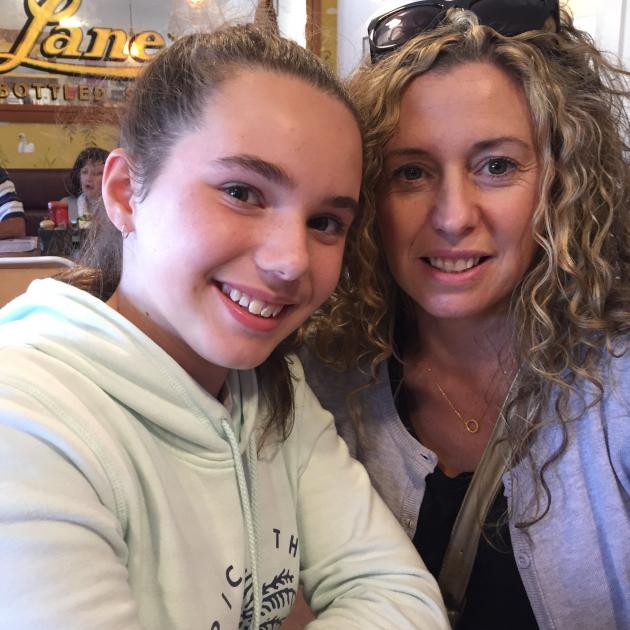 Sophie Barton with her mother, Nola Paterson-Barton, who was killed in a car crash in November last year.
The day the Barton family lost their wife and mother it ripped at the heart of the family. Otago Daily Times bureau chief Karen Pasco talked to the family about Nola Paterson-Barton and the devastating impact her loss has had on the family.

When 14-year-old Sophia Barton stood in court yesterday she was wearing a beautiful cream dress with large colourful flowers.

It was the same dress she had worn to the funeral of her mother, Nola Jane Paterson-Barton.

The reason she chose the dress — it was just like her mother, bright and cheerful and beautiful.

She said all of this while addressing Rodney Martin, the man who failed to stop at an intersection, T-boning her mother’s car and ultimately killing her.

For Sophia and her whole family the loss of their mother was inexplicable.

"You took my mum away from me. She wasn’t just my mum, she was my best friend."

"All I can think of is I should have hugged her tighter the last time I saw her." 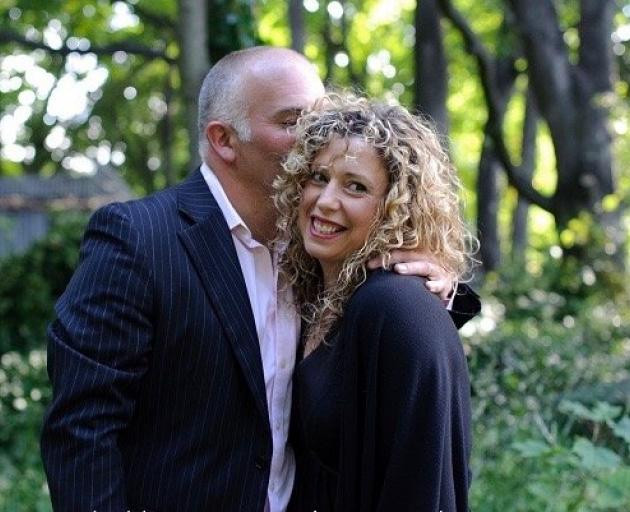 Jamie and Nola Paterson.
After the sentencing yesterday Sophia said her mother meant the world to her.

"I remember from the age of 11 onwards, it became part of my routine to end the night with a hot drink and to watch an episode of our current favourite show," she said.

"I will never forget the happy feeling of looking over at her, snuggled up on the couch with her cup of tea, laughing at something someone had said. ‘I love you a million trillion times to the moon and back’, she’d always tell me."

What Sophia missed most though, was getting a hug.

"She had a way of embracing someone with such love it felt like it was radiating off of her.

"I’ll always remember the glowing feeling inside of me when I saw her smile, and how soft and comforting her voice became when she told me she loved me.

"She taught me everything I know, except how to do it all without her. I remember always asking what would happen, if the unthinkable happened to her, and she’d always say that everything would be OK because she would still be here."

Husband Jamie Barton met his future wife at school in Central Otago when he was just 15 and she was 16 years old.

The high school sweethearts married in 2001. For the past 30 years they had been at each other’s side.

"She genuinely cared about everyone else. She would always have time to listen and talk with people," Mr Barton said.

Her world was her family.

"She just lived for the children. We’ve always put them first. She was so involved in every aspect of their lives."

Like many families, they have a calendar full of the daily to and fro of which child needs to be where, when.

It was Mrs Paterson-Barton who orchestrated the deliveries of children to events and practices to ensure everyone arrived at the right place and time.

She would volunteer to help. Whether it was a sports team needing coaching or a kapa haka group needing costumes sewn, she would be there, getting on with it.

"She was hugely involved in her community here since we moved to Invercargill," Mr Barton said.

"Coaching kids’ sports teams and everything."

Her death had left an incredible void in their household and the community, he said.

Mrs Paterson-Barton devoted her time to helping others through her career as a nurse, working in the emergency department when in Dunedin, then in the surgical ward at Southland Hospital when they moved south.

Her genuine love was what Mr Barton loved most.

"To me she was quite simply the most beautiful person I have ever known. Her compassion and love for life defined her."

For Sophia, her memory of the bright and beautiful and cheerful mother will live forever.

"No-one that ever knew her could forget her. She will always be with me, a memory of laughter, of beauty, and of love."