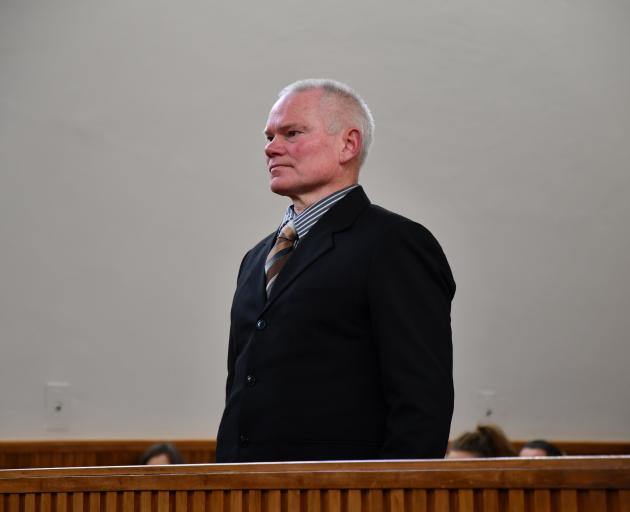 The 53-year-old approached the intersection of Oteramika Rd and Mill Rd South on November 19 last year following another vehicle.

At his sentencing in the High Court at Invercargill yesterday, Justice Rachel Dunningham said Martin, who was travelling at 56kmh at the time, believed he had enough time to get through.

He did not — and as a consequence Nola Jane Paterson-Barton died.

For 14-year-old Sophia Barton, the loss has been immense. 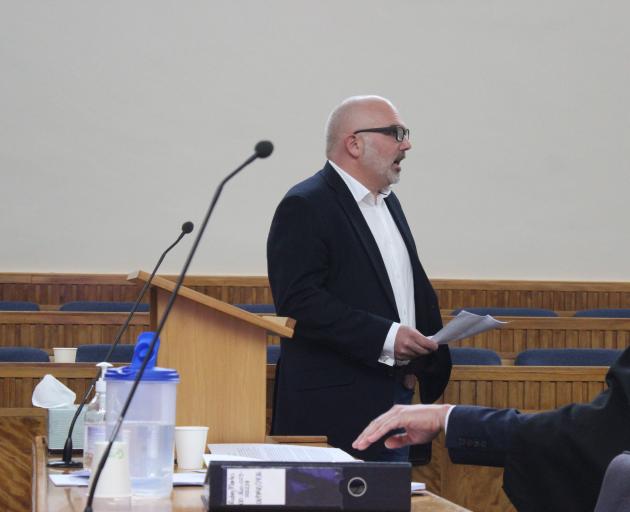 Jamie Barton, the husband of Nola Paterson-Barton, reads out a victim impact statement in the High Court at Invercargill yesterday, while facing Rodney Martin, the man whose reckless driving caused Mrs Paterson-Barton’s death.PHOTO: KAREN PASCOE
The eldest of Mrs Paterson-Barton’s three daughters, Sophia spoke in court yesterday, telling Martin she and sisters Lucy (11) and Ruby (12) were devastated by the loss of their mother.

"Something horrific as this is not meant to happen to someone as kind and fabulous as her."

"You took my mum away from me. She wasn’t just my mum, she was my best friend."

She missed her mum’s "eye-catching" smile, her thoughtfulness and her hugs.

"All I can think of is I should have hugged her tighter the last time I saw her."

Her sister, Lucy, had lost her idol, she said.

Mrs Paterson-Barton’s husband, Jamie Barton, had been with his wife for 30 of his 45 years.

He turned to face Martin as he read out his victim impact statement.

He told him he could not recall a time in his adult life without his wife by his side.

"I can’t imagine how I will even begin to fill the void," he said.

Every celebration would now be sad as a result of the decision Martin made that day, he said.

"It will be a constant reminder that Nola is no longer with us.

His children would miss out on "thousands of future life events" because of Martin.

He described how Sophia and Ruby were reminded of the tragedy constantly as they had to pass the intersection while travelling on their school bus.

A letter Martin wrote to the family was read out by defence counsel Fiona Guy-Kidd.

In it, he told the family as a father, husband and son, it wasn’t hard to appreciate the enormity of the impact caused by the death of Mrs Paterson-Barton.

"If life was fair I would be dead and Nola would be doing the things she normally did," Martin’s letter said.

Justice Dunningham said Martin knew the road, therefore realised the intersection was a dangerous one. There were two warning signs before the stop sign — one stating it was a high crash zone, she said.

Addressing the family before sentencing, Justice Dunningham said: "Nothing I can do will bring Nola back, nor will it ease the sense of grief that you feel."

She sentenced Martin to eight months’ home detention, which would need to be served at a friend’s house away from his family, as Martin did not have cellphone coverage on his farm.

He was also ordered to pay $10,000 emotional harm reparation to the Barton family and $1594.78 for repairs to a fence damaged in the crash.