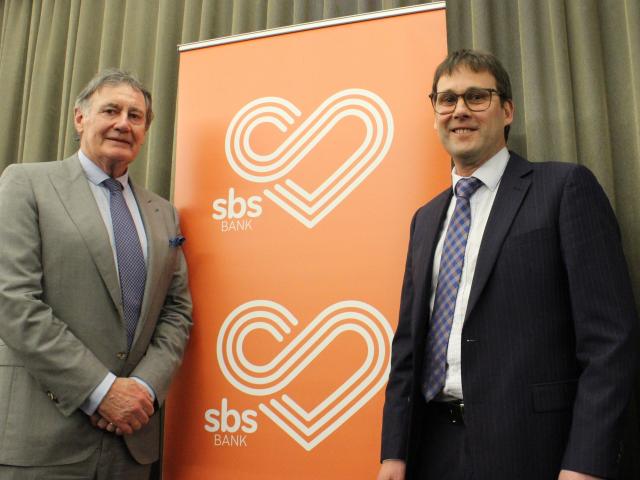 In his last official duty, SBS board chairman John Ward announced among other things, a financial year operating surplus of $55.2 million, total assets of $4.8 billion, and then bid farewell to the board he's been with for 19 years.

Steel fan Judy Cleaver had to take a phone call while being interviewed by the Otago Daily Times yesterday.

It was the result all Southern Steel players and fans were wanting.

Significant global developments in green hydrogen have reignited the possibility of a manufacturing plant being set up in Southland.

Trinette Wilton is not ready to say whether justice has finally been done for her daughter Azalia Wilson, who was murdered in December 2019.

The final court case relating to the murder of Azalia Wilson finished in the Invercargill High Court today as Patricia Samson was found guilty of attempting to defeat the course of justice.

More than 500 new native plants are in the ground on Petra and Dirk Dietsche’s property near Drummond in Southland after a community planting day yesterday.

Only one juror believed Balclutha man Rodney Fallowfield (53) was guilty of murdering Shirley Reedy in a Te Anau motel on May 15 last year.

A jury has found Balclutha man Rodney Fallowfield not guilty of murder but guilty of manslaughter in the High Court at Invercargill today.

A jury will begin deliberations today to decide whether Balclutha man Rodney Fallowfield killed or injured his wife Shirley Reedy intentionally, after Justice Jan-Marie Doogue sums up the case this...

Trying to take away the stigma of gaming as an anti-social pastime is just one of the reasons Invercargill Gaming Event organiser James Wards holds monthly sessions for children and teenagers in...

A pathologist at the murder trial of Stuart Fallowfield said it was incredibly unlikely the strangulation that caused Shirley Reedy’s death was just a matter of seconds.

A woman thought she was going to die the day Rodney Fallowfield sat on her and pushed his thumbs into her throat, strangling her until everything went blurry.

A man who strangled his wife did not attempt to resuscitate her, despite a plea from a woman he phoned just after the strangulation.

A seven-year fight to rid Mataura of toxic ouvea stored at its former paper mill is finally over with one of the Sort out the Dross campaigners exclaiming "thank God it’s gone".

An Invercargill sculpture will be moved this week but it is uncertain yet where its final destination will be.

The Southland District Council may have to appoint a person on the Oraka Aparima Community Board if no nominations are received for the vacant position.

Labour list MP Liz Craig says it is unclear whether banning synthetic urine will make workplaces safer or just lead people to other ways of trying to beat drug tests.

While the new Dunedin hospital advisory group has representation from the NZ Transport Agency, the absence of a Southland "voice" has spurred the Invercargill City Council to take action.