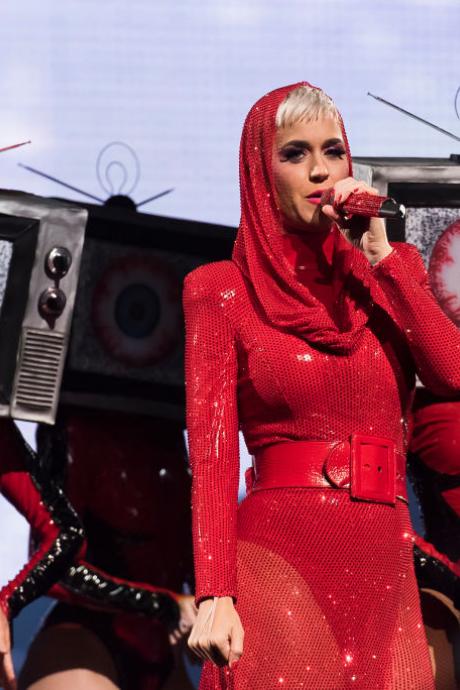 Sydney fashion designer Katie Perry has given evidence in her case against pop star Katy Perry for breach of trademark.

Sydney fashion designer Katie Perry has given evidence in her case against pop star Katy Perry for breach of trademark.

Customers are threatening to start a petition calling for a popular Dunedin second-hand clothing store to remain open after its owner announced it will close.

A sapphire and diamond brooch and matching earrings, which were part of the royal jewels from Russia's Romanov family smuggled out of the country during the 1917 revolution, sold for 806,500 Swiss francs ($NZ1,246,980).

Covid-19 restrictions did not stop about 700 punters from making the best of it at Wingatui yesterday.

Cup Day at Wingatui is looking a little different this year.

Stories of businesses closing ‘‘bricks and mortar’’ stores in favour of internet shopping sites seem all too familiar. But Highness owner Sarah Williams has reversed that trend.

The British fashion set have returned to London's King's Road to celebrate Mary Quant, the renowned designer often credited with the invention of the mini skit, in a new film.

​This season, knitwear is transcending its comfortable home of autumn/winter fashion, into the warm open air of summer.

It took just over two weeks for Wanaka businesswoman Anna Ross to raise $2.17 million in equity for her cosmetics company, Kester Black.

Budding bridezillas have an opportunity to keep their budgets and stress levels in check, after a high-end bridal store gave about 50 brand new wedding gowns to a Dunedin charity shop.

Bex Hayman has made country cool again with her jewellery and accessories brand Whistle & Pop. She makes time to speak to Ashley Smyth, while juggling farm life, lockdown and running a business...

A Southern jeweller continues to muster a new way to sell his shepherd’s whistle as his primary client base remains locked out.
END_OF_DOCUMENT_TOKEN_TO_BE_REPLACED