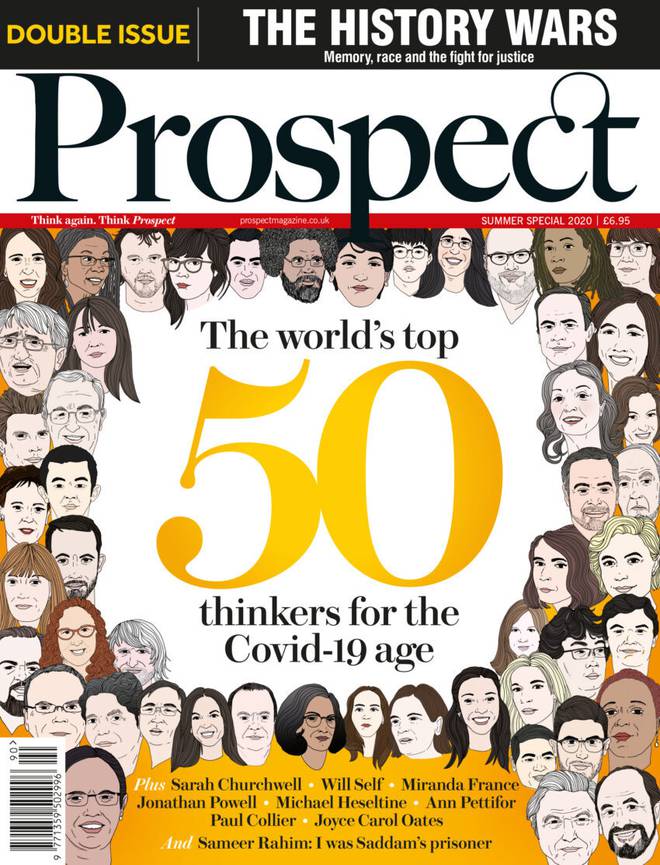 British magazine Prospect ranked some of the world's top leaders, conducting a list of those who were forward thinkers, had practical minds and were hands-on in what is being described as the Covid-age.

More than 20,000 votes were cast, with Ardern coming second only behind KK Shailaja, an Indian politician and current Minister of Health and Social Welfare who foresaw the arrival of Covid-19 and grasped the implications. 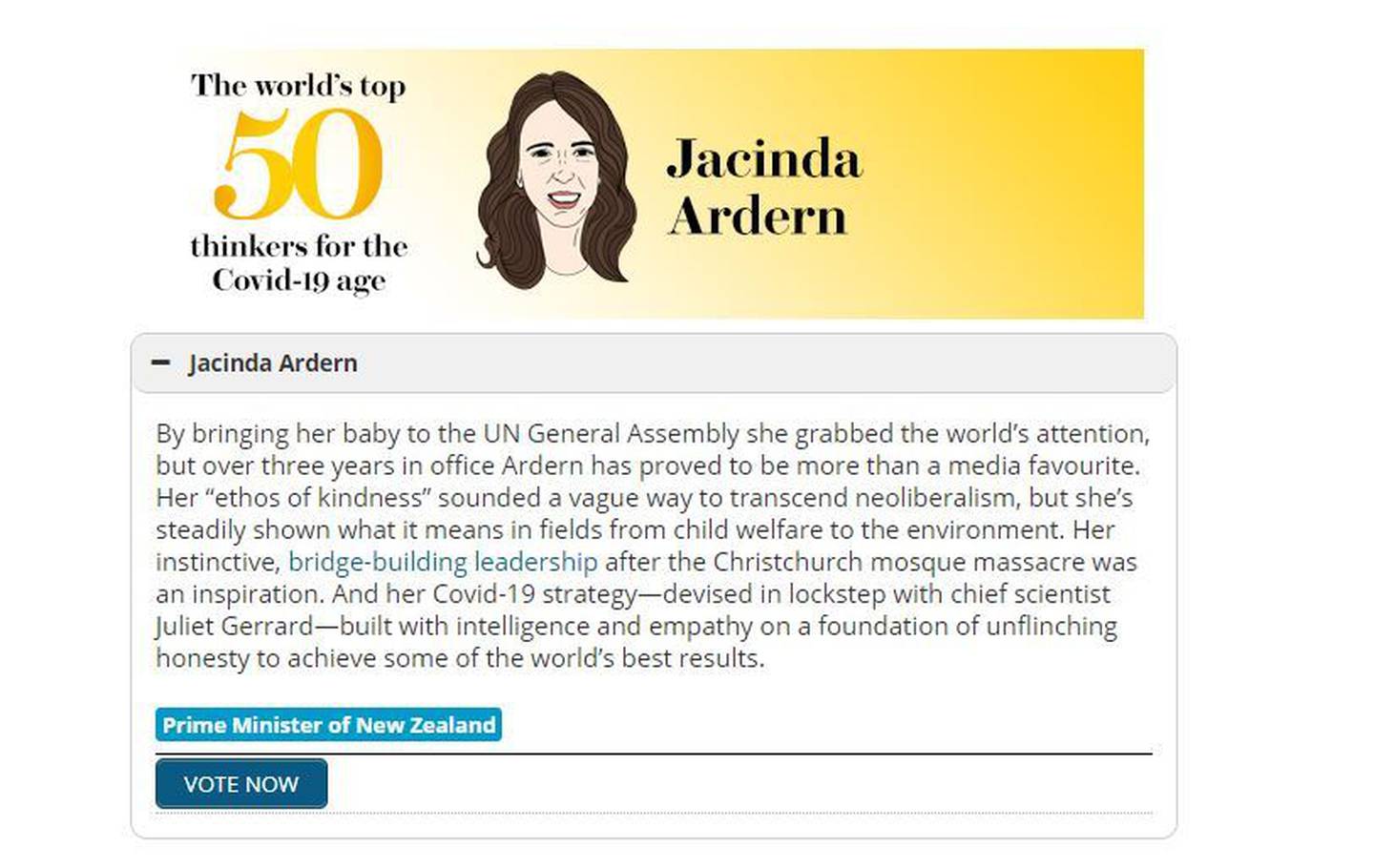 Jacinda Ardern was given glowing praise. Photo: Prospect
Ardern was recognised by the magazine for her response to the pandemic, praising her ability to show kindness while producing practical results.

"The second spot, earned in a similar way, went to Jacinda Ardern, New Zealand's prime minister, whose governing 'ethos of kindness' was drawing interest as a refreshing (if hazy) alternative to neo-liberalism even before it showed practical results in keeping a lid on the crisis.

"It always sounded rather airy – until she showed how it could be put to practical effect in the coronavirus context, and achieved some of the world's best results.

"By bringing her baby to the UN General Assembly she grabbed the world's attention, but over three years in office Ardern has proved to be more than a media favourite. Her 'ethos of kindness' sounded a vague way to transcend neoliberalism, but she's steadily shown what it means in fields from child welfare to the environment.

"Her instinctive, bridge-building leadership after the Christchurch mosque massacre was an inspiration. And her Covid-19 strategy — devised in lockstep with chief scientist Juliet Gerrard — built with intelligence and empathy on a foundation of unflinching honesty to achieve some of the world's best results."

"So deft was her handling of a 2018 outbreak of the deadly Nipah disease that it was commemorated in a film, Virus. In 2020, she was the right woman in the right place. When Covid-19 was still 'a China story' in January, she not only accurately foresaw its inevitable arrival but also fully grasped the implications.

"As we go to press, confirmed Covid-19 deaths in the state – which has average incomes an order of magnitude lower than Britain's, and just over half the population – were not yet 1 per cent of ours."

Seven of the top 10 are women, a stark contrast from the Prospect's top 100 thinkers poll from 15 years ago, where it featured just 10 women.

It's not the first time Ardern has been named among the top leaders of the world.

In 2018 and 2019, Ardern was named in Time list of the world's most influential people.

Fortune magazine named her the world's second greatest leader while in another poll she was voted the most trusted politician in Australia, despite being a New Zealander.