But at the weekend the 12-year-old upgraded and gained new skills when he built a robot for the first time.

"I had a good time building as I like to understand how things usually work, but my favourite part is to see it [the robot] working. It is awesome." 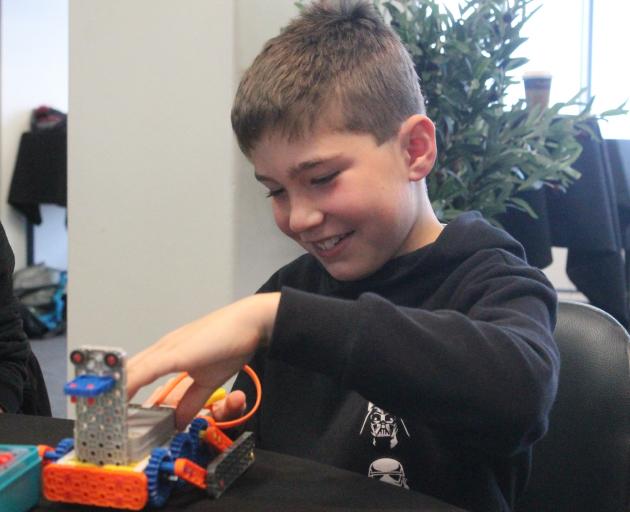 Brodie Clay wants to work with coding when he grows up.
Ryan was among a group of children aged from 8 to 14 who took part in an interactive workshop on Saturday to learn how to build and programme robots.

It was the first time Kiwibots and Auckland University’s Centre for Automation and Robotic Engineering Science has held the event in Southland and it was run with help of Great South as part of the Techweek.

Kyla Archer of Auckland University said the initiative helped children develop skills such as teamwork, attention to detail and understanding instructions as they had to follow a guide to make the robots work.

Southland Youth Futures adviser Liz Wyatt said it had been a great experience for children in the region. 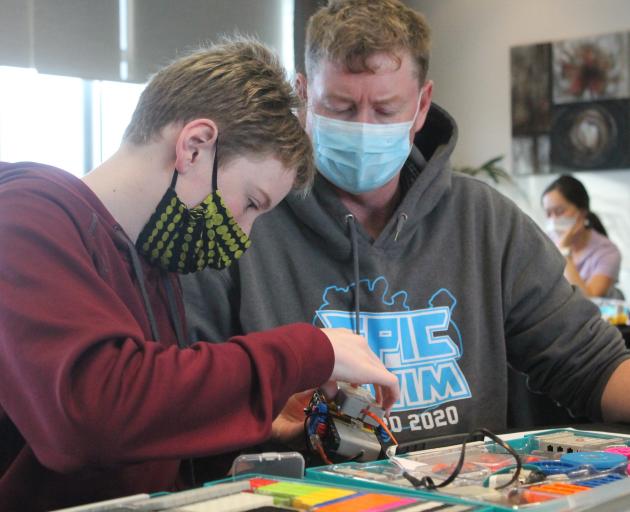 Luke Biggar (13) built his robot with the help of dad John.
"We don’t always get those opportunities here in Southland. It is great to see these young people having fun while learning — and some of them are very keen engineers, which is so awesome for future workforce to have those skills."

Nine-year-old Brodie Clay was one of the most excited. 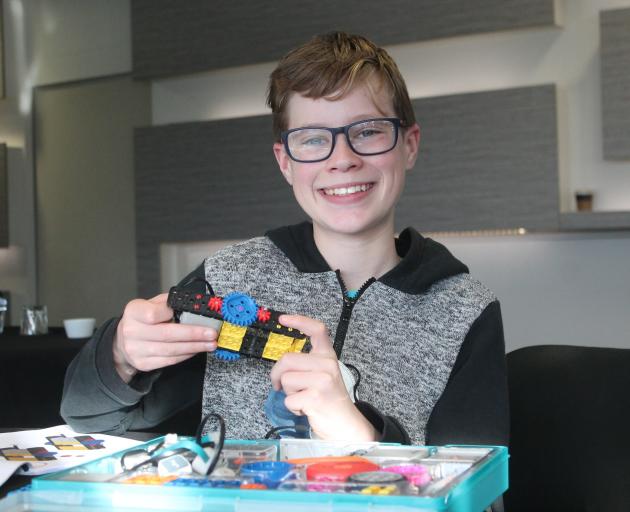 Mitchell Powell (12) was happy to build a robot during the workshop.
He also loved to play with Lego, but his real passion was video games and coding was something he wanted to learn, Brodie said.

"I’ve built some robots before but with Lego — this is my first time building a real robot!"

When asked if he was a genius, Brodie, who learnt how to code from a young age and helps his father in his workshop at home, joked: "I am not a genius — yet." 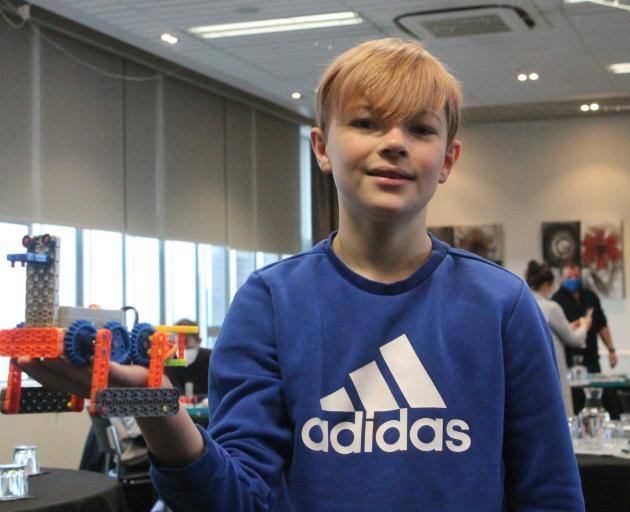 Ryan Howden proudly shows the robot he built as part of the workshop ‘‘Build your own robot! — with Kiwibots’’ on Saturday. PHOTOS: LUISA GIRAO