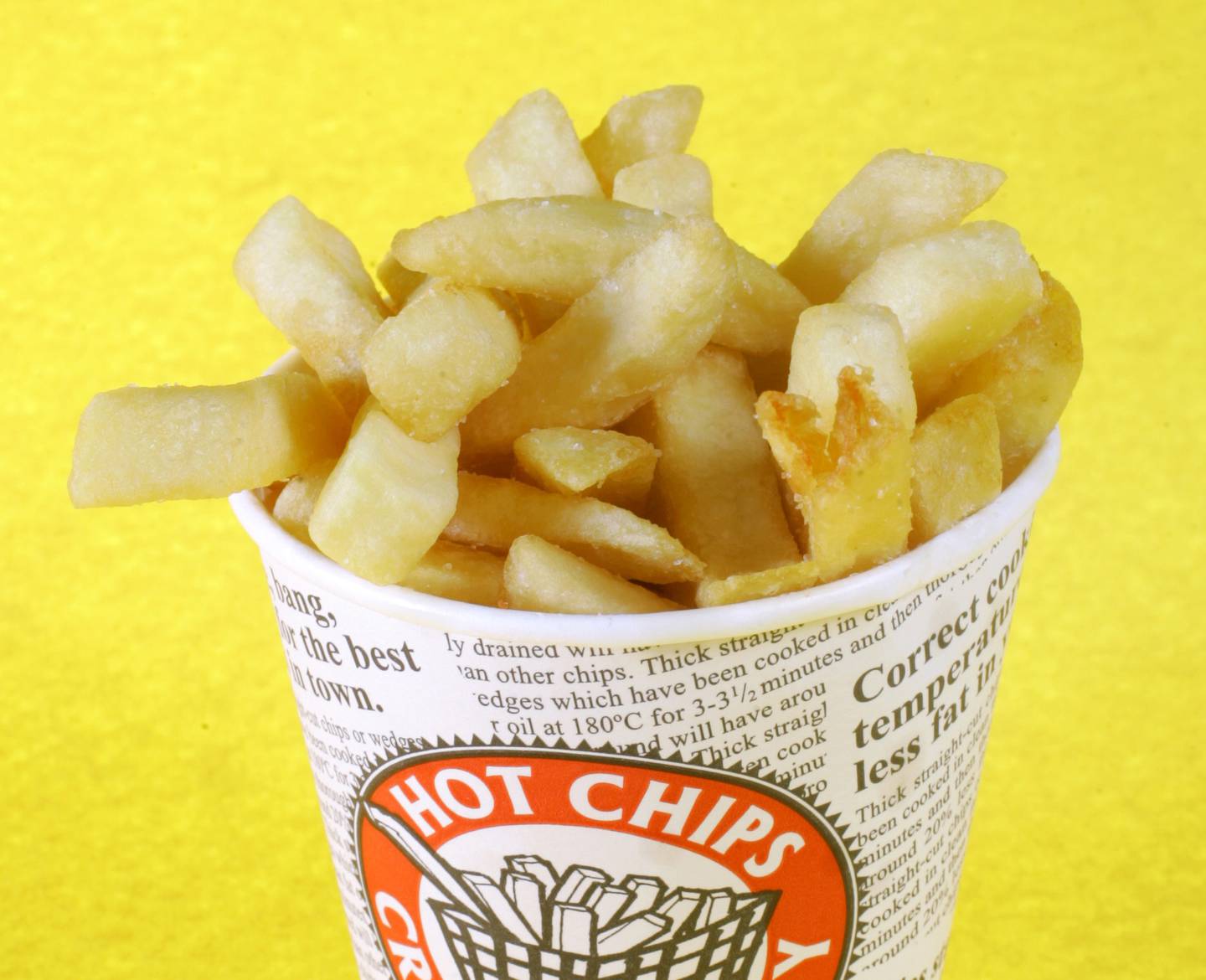 Kiwis love their hot chips - but our local industry is under threat. Photo: File
The impact of Covid-19 on the chip industry in the Northern Hemisphere is putting locally-grown and processed hot potato chips under threat.

Quiet streets and empty bars in Covid-ridden Europe have resulted in an estimated 1.7 million tonne surplus of raw potato material.

"That means there's a big lump of frozen fries that's got to go somewhere. Our economy's working, they are sending it here, it is as simple as that."

Claridge is looking for Government action to protect New Zealand potato farmers from the influx of frozen fries grown and processed in Europe undercutting their locally grown equivalent.

Already, packets of imported frozen fries from Belgium are being sold at nearly half the price of locally produced chipped spuds in New Zealand supermarkets.

"It is very difficult for New Zealand farmers to compete with that," said Ross Hewson, a potato farmer in Canterbury, where near 70 per cent of the country's crop is grown.

"I don't think anyone has any issue with competing, but when that competition doesn't reflect the full cost of producing the product, then it has to be unfair competition."

Are the Europeans selling at below the cost of production? "We know they are," Claridge said.

New Zealand produces about 150,000 tonnes of frozen fries a year but Europe exports around 400,000 tonnes in one month.

"They can swamp us in a heartbeat," Claridge said.

Some fast food outlets are standing with local producers.

Most of Hewson's potatoes will be processed into French fries and sold to McDonald's.

"We're very proud to be locally owned and operated with local produce from just down the road."

But the local potato industry, said Claridge, is nervous as consumers opt for the cheaper imported frozen fries from their local supermarket.

"And the cheap deals will only last for the period the imports are happening. Once you destroy the local economy and the local processors, the price will go up.

"We are saying to the Government, the volume that's arriving and the price point it's arriving at – is it at a point that is causing material harm to our industry? If it continues we won't be able to survive."

Tariffs, he agrees, are an emotive subject.

"We in New Zealand have embraced free trade. But free trade doesn't mean no rules. Tariffs are a mechanism to secure and stabilise domestic industries against predation by offshore companies and countries."

This is not a fight Potatoes NZ is going to back down from, he said.

"We are in this for the long term. Even if the Government this time around refuses to support the industry by not putting in a temporary tariff, we are going to come back again, then again, then again.

"This is too important to lose. You can't come into another country and wipe out its domestic industry."