City councillor Melanie Coker spends on average 30 hours a week fulfilling her council duties while receiving a six-figure salary from the ratepayer.

Coker balances her job as a councillor with managing her own tutoring business, A Head Start, spending 30 hours on both in the duration of a week, cramming 60 hours into seven days.

Fellow city councillors have said they would struggle to fulfil their council duties in less than 40 hours a week.

Coker said her efficiency allowed her to carry out her responsibilities in a shorter time frame.

Taxpayers’ Union spokesman Louis Houlbrooke said it was fair for ratepayers to expect at least 40 hours a week from their elected representatives.

“When we say we think that councillors in Christchurch should provide 40 hours a week to achieve value, that does come from looking at the salary they are paid which is significantly larger than some other councils, some would not even pay half of that or less,” he said.

“In those cases, you might have people who work 20 hours or less, but in Christchurch, it is a little bit different because ratepayers would expect to see full time value on what is certainly a full-time salary.” 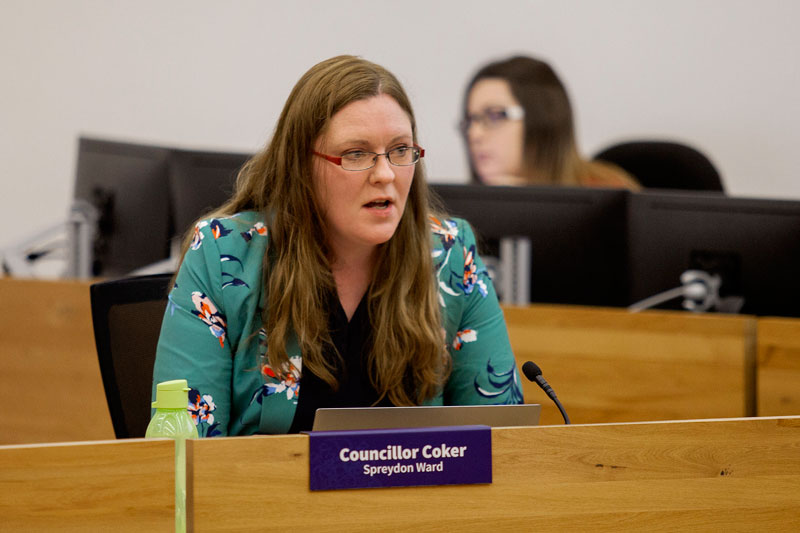 Wellington city councillors are paid a similar rate to councillors in Christchurch at as much as $107,769, councillors in Dunedin can be paid up to $85,786 depending on their responsibilities and Auckland councillors can receive anything between $107,516 and $136,967.

Software company Pay Scale says the average salary for an individual working in Christchurch is $63,000.

Coker said in some aspects she saw herself as more efficient than some of her council counterparts, allowing her to get more done in a shorter time period.

The Spreydon Ward councillor said it would be more accurate to measure her on her outcomes rather than hours.

However, she said that she would scale back the time she was putting into her business if the community she represented wanted more from her as its councillor.

“When I need to put in more time, I do. When we had the Annual Plan and were doing briefings on a Saturday, I was there for all of them. Wherever it is required for me to be present, I will be there.”

Balancing her business with other commitments is nothing new for her. When she first started her tutoring business in 2009, she was finishing off her PHD in biochemistry.

In 2017, she continued to run her business while acting as a Spreydon-Cashmere Community Board member and also as Wigram MP Megan Woods’ campaign manager in the lead up to the general election that year.

However, Peter Gaytoni, who lost out to Coker in last year’s local body elections in the contest for the Spreydon Ward, questioned her commitment to the role.

“I wonder how seriously she takes her job if she only put in 30 hours,” he said.

He said the role warranted closer to 50 hours a week. He did not think he would have time to run a business while being
a councillor.

Acting Mayor Andrew Turner, who said he would work at least 40 hours a week, questioned whether Coker actually worked as little as 30.

“Knowing Melanie as I do, I wonder whether she has underestimated herself, she has got a good attendance record and I consider Melanie to be a very effective councillor,” he said.

City councillor Sara Templeton said it was a full-time job and warranted a full-time commitment. She commits 50 to 55 hours to the role on a weekly basis.

“I would not be able to do my job to the standard residents in my area expect on less than 40 hours a week,” she said.