13yo solo traveller among passengers 'dumped' at Christchurch Airport 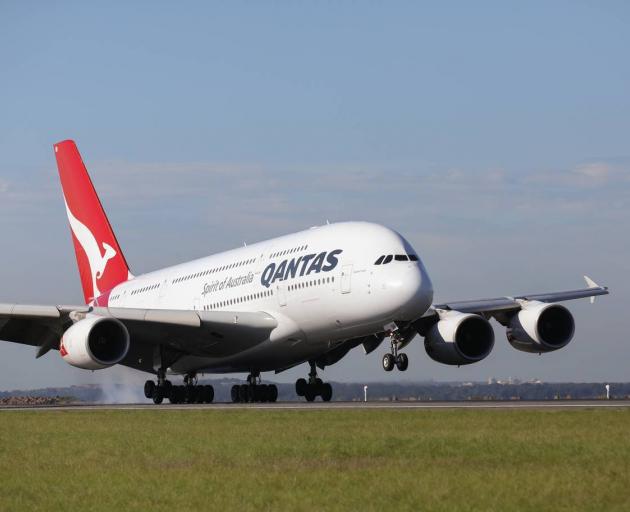 Qantas says the pilot did ask for a curfew exemption but this was rejected. Photo: File
A 13-year-old solo traveller was among the passengers "dumped" at Christchurch Airport with no accommodation after a late night flight from Sydney was diverted from Wellington.

The Qantas flight was diverted on Sunday night after weather conditions delayed its takeoff, and delayed it again mid air.

Rather than landing in Wellington as scheduled, the flight was forced to travel to Christchurch as it had missed the curfew at Wellington Airport.

Jan Tait was on the flight, and told the Herald she thought there would be assistance from Qantas at the airport – but this was not the case.

"We came through customs and I had to go through the teller and I asked about what was happening, and she sort of said we'd be in here [ the airport]. That was the first inkling I got there would be no accommodation or help."

Tait was travelling solo, and soon banded together with some other passengers – including an unaccompanied minor who was only 13-years-old.

"We were all quite shocked because if you were his parents, you would have been worried sick! We knew he was okay and he knew he was ok, but he hadn't eaten much because he said the food on the plane would have upset his stomach, so he'd had a long day."

Tait says she would have expected Qantas staff to assist him, but there was no one in sight.

Mike, a Platinum One flier with Qantas, told the Herald the passengers disembarked, collected their bags and then were "dumped" in the airport.

A post on social media from the boy's mother indicated the boy had a rough night in the airport.

"This is really poor ... I was worried sick all night , my son didn't sleep. Thank goodness he did find a group of people on that flight who took him under their wing," she wrote.

She was grateful for the staff at the airport who did their best to help.

"I do want to say thank you to the staff that helped assist my son and other passengers. I know that ground staff have no control on what they can and can't give passengers in these situations. I rang Christchurch ground staff and they were awesome."

The woman did not wish to comment when contacted by the Herald.

A Qantas spokesperson told the Herald the flight was diverted because it would not have reached Wellington Airport before its curfew and a new crew had to be flown to Christchurch due to crew duty limitations.

The Herald understands accommodation was not provided for the stranded passengers as the four-to-five-hour window was too small.

Qantas says the pilot did ask for a curfew exemption when the aircraft was delayed but this was rejected.

A spokesperson for Wellington Airport told the Herald the 1am to 6am curfew was set in 1997 as part of Wellington City Council's District Plan.

There are limited exemptions available for things such as medical emergencies, and a 30-minute extension available for unforeseen events such as weather.

"Any later than that flights are not permitted to land. Airlines are well aware of this rule."