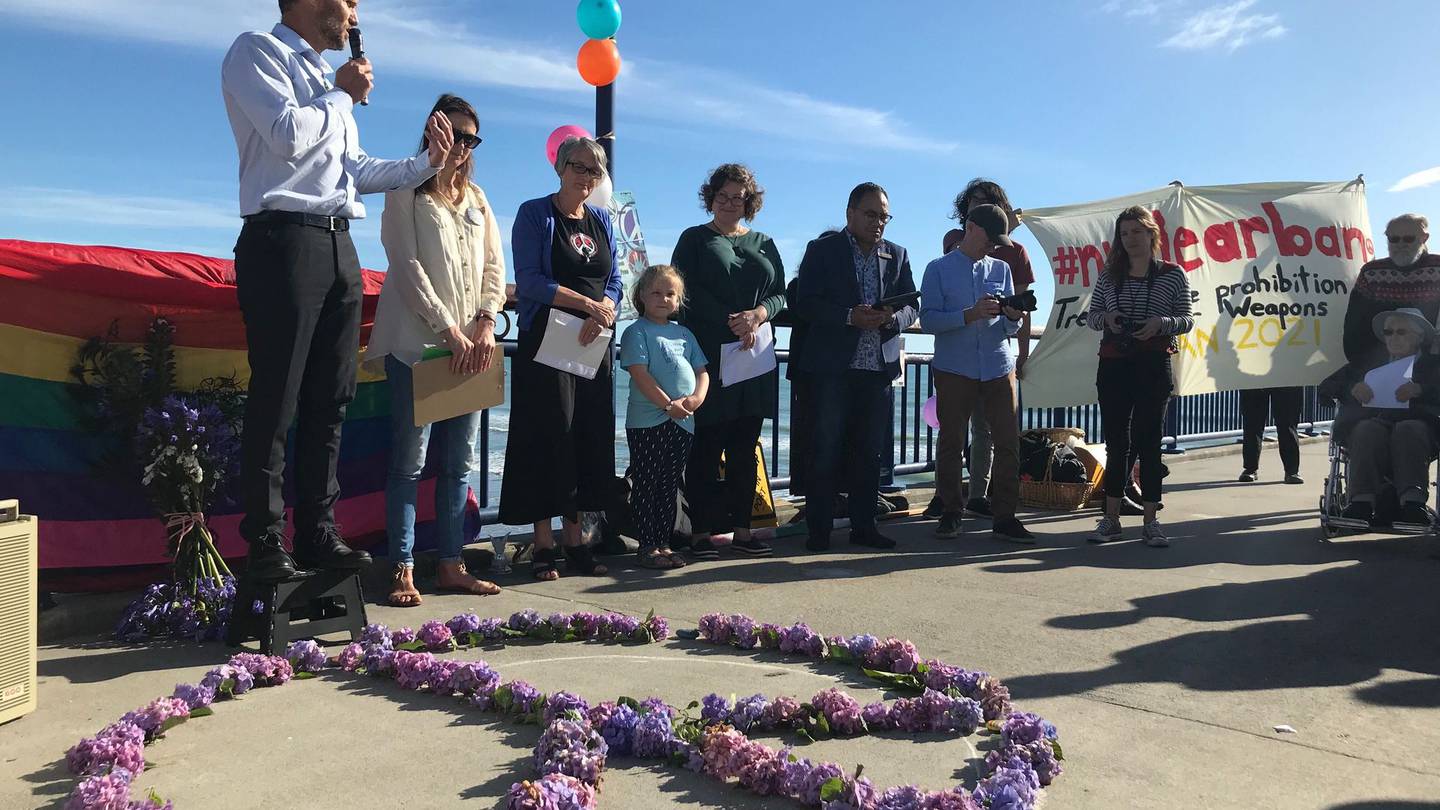 The event was live-streamed around the world, as New Zealand's Covid-19 free status meant it was one of the few countries to hold a gathering.

Well-dressed supporters rubbed shoulders with ageing hippies, as banners were waved, songs were sung and a pilot in a motorised glider flew overhead to salute the milestone.

Activist Dr Kate Dewes has been nuclear-free campaigning for 45 years.

She started organising peace squadrons in Auckland that went out to oppose visits by nuclear warships.

"I remember David Lange in 1984 saying it was mainly women involved in churches that actually convinced him to take on this case."

She said the anti-nuclear movement was gaining traction with 51 countries ratifying the treaty, and another 36 signing on to it.

"There's some old-time hippies and peaceniks here, but there's also academics, lawyers, a councillor and some MPs. The nuclear-free movement has a wide cross-section of people now. It's a really amazing example of how people wearing all sorts of different hats can achieve a wonderful outcome.''

PhD student Marcus Coll said the treaty would put pressure on those who carried nuclear weapons.

He said it would bring countries together to show the hypocrisy of nuclear powers, which argued the weapons helped world peace.

Mother Angela Woodward said it was an important step towards ridding the world of inhumane weapons, which could kill millions of people and destroy the environment.

Her daughter, six-year-old Ursula, said she doesn't want anyone to die, and if nuclear bombs go away then good things will happen.