The Christchurch North Community Patrol's second vehicle will enable them to better monitor the area. Photo: Supplied
A Christchurch community patrol will extend its coverage in the city as concern grows over petty crime.

The Christchurch North Community Patrol has launched a second vehicle, which will see more areas, such as Strowan, covered for a longer time frame.

He gave a presentation at the Fendalton-Waimari-Harewood Community Board meeting, titled: ‘We feel unsafe and underserved.’

The board decided Christchurch City Council staff would look into environmental features to deter crime, and the possibility of CCTV cameras.

Adding the Strowan area to the board’s Community Safety Initiative would also be looked into.

Staff would update the board on these issues within six weeks of the June 28 meeting.

Del Rey said this was a reasonable response. 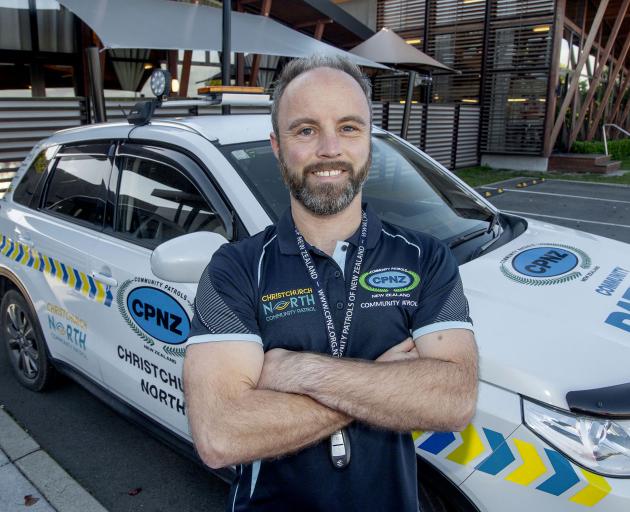 Sam Hall. Photo: Geoff Sloan
Patrol chairman Sam Hall said before Covid-19 caused membership of the 50-person patrol to plummet, the patrol was out “almost every day and night.”

“We’re up to 25 [members], six have just joined up in the past week or so. I think we’ll just keep growing.”

The second car, a Toyota Vanguard that cost $20,000, meant the patrol would be able to run general monitoring as well as focusing on trouble spots.

“It’s hard to know if it’s getting worse or we’re just hearing about it more.”

Papanui police did not respond to a request for comment.