House prices soar in Akaroa - one sale $1m over RV 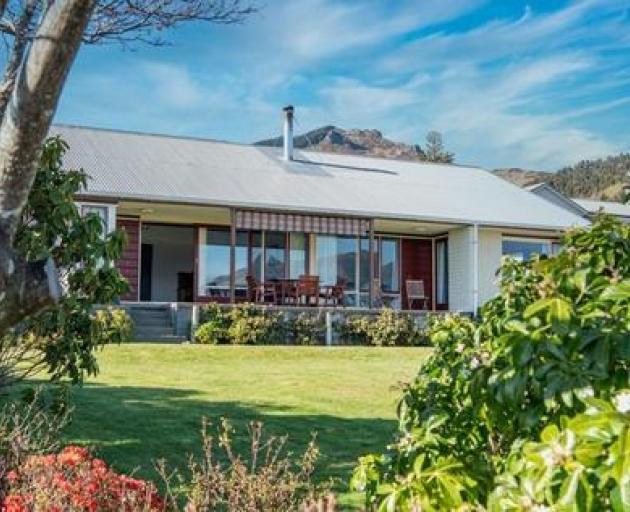 This 1970s-era property on Beach Road, Akaroa, has sold for $1m more than its rateable value to encapsulate a region and nationwide property boom in 2020.
Akaroa's housing market is on fire post-lockdown, with a property selling for $1m above its rateable value illustrating a nationwide real estate bonanza.
The three-bedroom property at 113 Beach Rd recently changed hands for $2.4 million despite a RV of $1.38m, the sale contributing to New Zealanders spending $12 billion more on residential property this year compared to 2019.
The Real Estate Institute of New Zealand revealed the scope of the spending spree yesterday, with the median house price in Canterbury increasing 8.9 per cent from $450,000 to $490,000 in the 11 months to the end of November, compared to the same time frame last year.
Bayleys Canterbury real estate agent Chris Mangels said there were seven bidders at the Beach Road auction, where bidding started at $1m.
The property was designed by architect Doug Bellamy in 1970 and has two bathrooms and two carparks, but no garage.
"This property was a stand out for us. It was an amazing sale and, post-Covid, Akaroa is proving to be a great place to go," Mangels said.
Several properties in the area have sold for significantly higher than their RV since Covid-19 restrictions eased domestically.
A four-bedroom, three-bathroom property at 42 Hempleman Drive which boasts stunning panoramic views of Akaroa Harbour had a RV of $870,000 but fetched $1.62m.
The five-bedroom, three-bathroom dwelling at 8 Langlois Lane sold for $1.54m (RV of $1.05m) while a two-storey, five-bedroom property at 64 Onuku Rd, Glen Bay, changed hands for $1.28m (RV of $850,000). 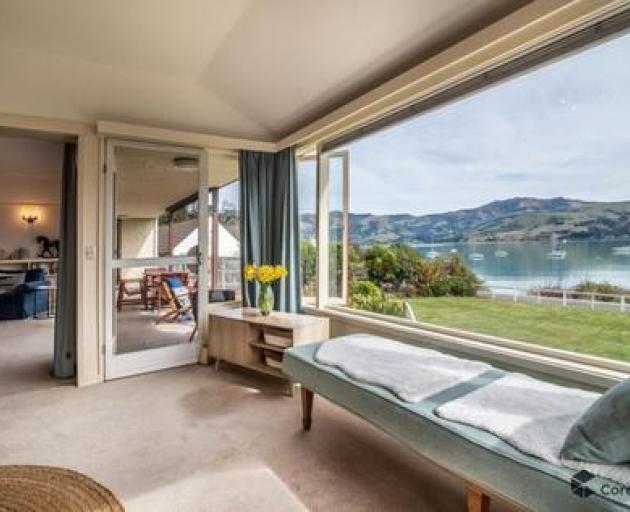 Room with a view on Beach Road, Akaroa. Photo: Supplied
Mangels believed the area's property market is booming now because it has always been undervalued.
"Now with the Covid situation and low-interest rates coupled with lifestyle being at the forefront of everyone's minds, I think it seems like a good option for people," he said.
The median house price in Akaroa is now $830,000, compared to $525,000 at the same time last year.
Harcourts Akaroa sales consultant Alan Nobbs agreed the global pandemic had impacted on the market, with overseas travel currently off the agenda.
“People aren’t travelling and aren’t necessarily intending to travel. I think we underestimate how much Kiwi’s spend travelling," he said.
“They’re putting it into their houses and people are buying their houses." 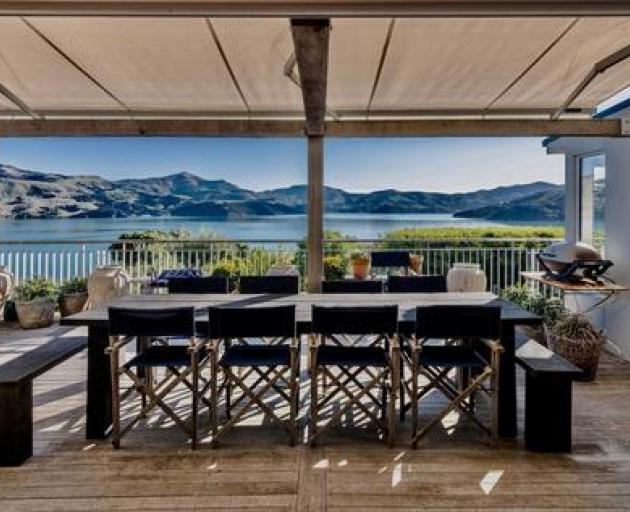 Top deck: 42 Hempleman Drive, Akaroa. Photo: Supplied
He said Akaroa’s proximity to Christchurch and its impressive landscape have made it increasingly desirable for buyers.
“It’s a place that’s close to Christchurch that gets them out of Christchurch. It’s beautiful and there’s quite a lot to do once you are there."
The REINZ said $5.7 billion was spent on acquiring properties in Canterbury over the 11 months to November, a 15 per cent increase on the same period last year.
Nationally there was a 24.7 per cent increase in overall spend from $48.7b for the 11 months ending November 2019 compared $60.8b for the 11 months ending November 2020.
REINZ chief executive Bindi Norwell said low interest rates, no international travel and an increase in the number of first-time buyers contributed to a burgeoning market.
“We’ve seen record median prices reached in many parts of the country, with November itself seeing 11 new regional records – the likes of which we haven’t seen since October 2003 when the market was seeing significant increases in house prices."
The Star