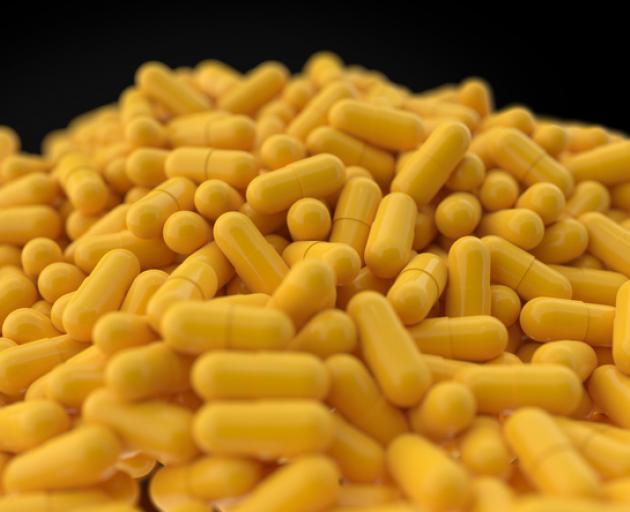 After a three-day hearing, a judge has reserved his decision on the police forfeiture claim for nearly $1 million. Photo: File
A judge must decide whether a family's cash flows came from sales of BZP party pills after they had been made illegal or from bulk sales of synthetic cannabinoid products - which could at the time still be sold legally.

Arguing his own case in the High Court at Christchurch was Hugh James Robinson. At the hearing, the police commissioner is trying to get court orders for the forfeiture of $952,349, which police say was illegal income.

Robinson was convicted and jailed for four years in 2016 after being found guilty at a jury trial of conspiring to sell the class C party pill drugs, possession of them at his house, car, business premises and storage unit, and unlawful possession of a sawn-off shotgun and ammunition at a storage unit in Russley Rd.

The commissioner is seeking orders against Robinson and his Russian wife Svetlana who has told the court the family's cash came partly from her inheritance from her family in Russia, which included jewellery sales, and the sale of paintings by Pablo Picasso and Salvador Dali.

Crown prosecutor Karyn South said the couple were not able to claim relief due to hardship because if the forfeiture orders were made they would still have assets worth about $400,000 plus investments in Russia.

In his closing address, Robinson accused police of having a "blinkered and fixated" view of the case by refusing to acknowledge there had been a cash flow from the manufacture and sale of synthetic cannabinoid products, which were still legal for a time after the government banned party pills.

He said that party pills found in his possession when police ended their investigation had been "stashed" by his son Jamie Robinson who had been convicted for his own dealing.

The Robinsons called evidence from a series of witnesses about cash purchases of synthetics from the Robinsons' business. These were not meant to cover all the sales, but were "indicative" of the amount of sales, Robinson said.

He admitted a lot of the customers had not been willing to come to the hearing to give evidence because they may have been on-selling the product without paying tax and they did not want their activities to come to the attention of the tax department.

The police's refusal to accept that there would have been significant cash sales showed a "woeful understanding of the industry", he said.

The business had been operating "at a time of rapidly changing regulations and social norms", he said.

The Robinsons presented evidence about the sale of the paintings and jewellery.

South said the $952,349 was the police estimate of the unlawful benefit obtained from illegal operations, shown in cash deposits or cash or unidentified cheque transactions for some property purchases. She said this meant the property transactions were "tainted" by the unlawful income.

She said the police case was that there had been cash deposits totalling $832,000 from illegal sales of party pills, but this had been "co-mingled" with the business' legitimate income.