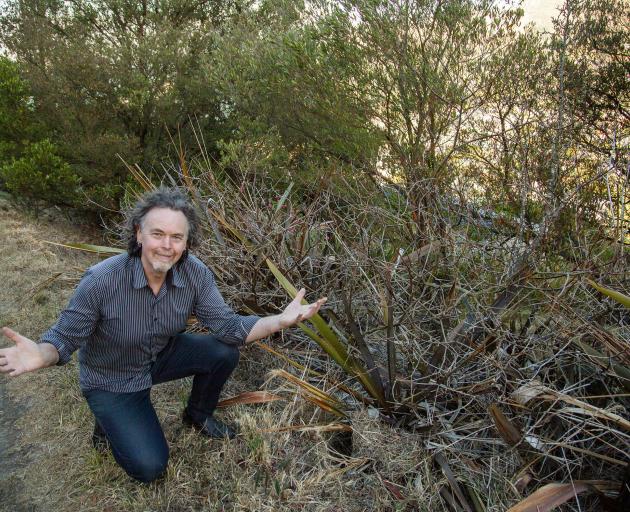 Said neighbouring resident Nick Jackman: “Who is responsible and taking control? There has been no clear authority at the moment on what is going on.”

Jackman originally took residents’ concerns to the Banks Peninsula Community Board at the start of March.

The board then raised the issues with Christchurch City Council, including the parks team, and requested a report on the matter.

Almost five months later and the residents have not yet seen an outcome to their concerns.

The city council told Bay Harbour News a report regarding the reserve is scheduled to go to the community board at an upcoming meeting.

The date has yet to be confirmed, nor could the city council reveal the staff recommendations.

Brian Lodge, another Foster Tce resident, spoke to the city council about the residents’ concerns in May.

“Most of the councillors were very supportive, including the mayor, who said we had to do something about fire prevention, particularly after the Cass Bay fire,” he said.

“But bureaucracy means it takes a long time for things to occur.”

Lodge said their main concern was that the reserve management committee had planted a native belt right on the boundary of the reserve next to their homes.

“There’s also gorse, dead flax leaves and long grass where the natives are not maintained well,” he said.

Residents have struggled to get answers from the committee.

“When it comes up at the RMC it is not talked about much and it seems that because it is winter, there is no need to do anything now. There’s a put-off until spring or summer attitude,” Lodge said.

“But we don’t want to wait, we want this done now.”

Nick Jackman said he and other concerned Foster Tce residents had provided the committee with a list of the things they have found to be “not the best practice”, according to Scion Fire and Emergency New Zealand forest fire management guidelines.

“But there has been no follow-up from them on what they are doing to address this,” Jackman said.

He believes the issue is being made more complicated than it really is.

“There are pamphlets published for the general public about how to mitigate fire risk with the should do and shouldn’t dos, which take five minutes to read,” Jackman said.

Said reserve management committee chairman Brian Downey: “Our fire management on the reserve follows the Urumau Development plan, which is dictated by the community board. We are doing the best we can.”

Banks Peninsula city councillor and Deputy Mayor Andrew Turner said the community board needs to hear back from experts, including park rangers and Fire and Emergency New Zealand.

“It is about coming up with a solution that everyone can understand,” he said.