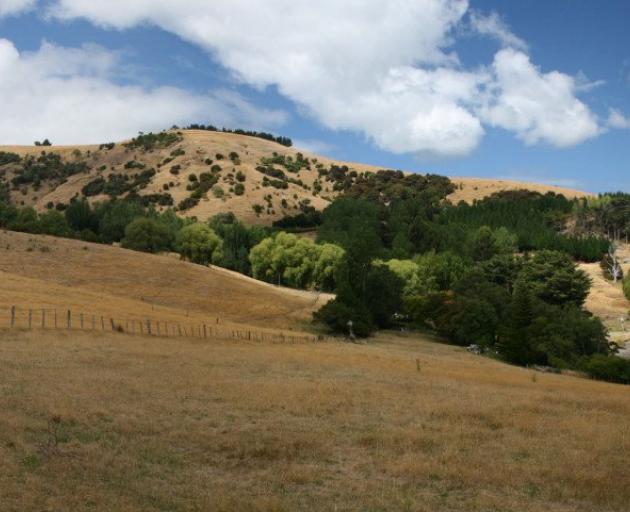 Takapūneke Reserve. Photo: Newsline
A proposed draft landscape master plan has been developed for a tapu Banks Peninsula reserve that was the scene of a massacre in 1830.

The area was the scene of a massacre in 1830 after which the site became tapu (sacred). The Takapūneke rangatira was lured onto a British ship and later killed by Te Rauparaha, who then slaughtered many at the once-thriving Ngāi Tahu commercial centre.

The site was considered sacred by the iwi after the 1830 massacre so out of respect for their tūpuna they avoided the area for over 100 years.

The reserve also has a significant association with the European settlement of Akaroa and the Treaty of Waitangi and, in 2002, was registered as Wāhi Tapu (place of outstanding historical or cultural value).

On Thursday, Christchurch City Council Head of Parks Andrew Rutledge said the proposed draft landscape master plan for the reserve has been developed in partnership with Ōnuku Rūnanga. He said it seeks to acknowledge the importance of the site. 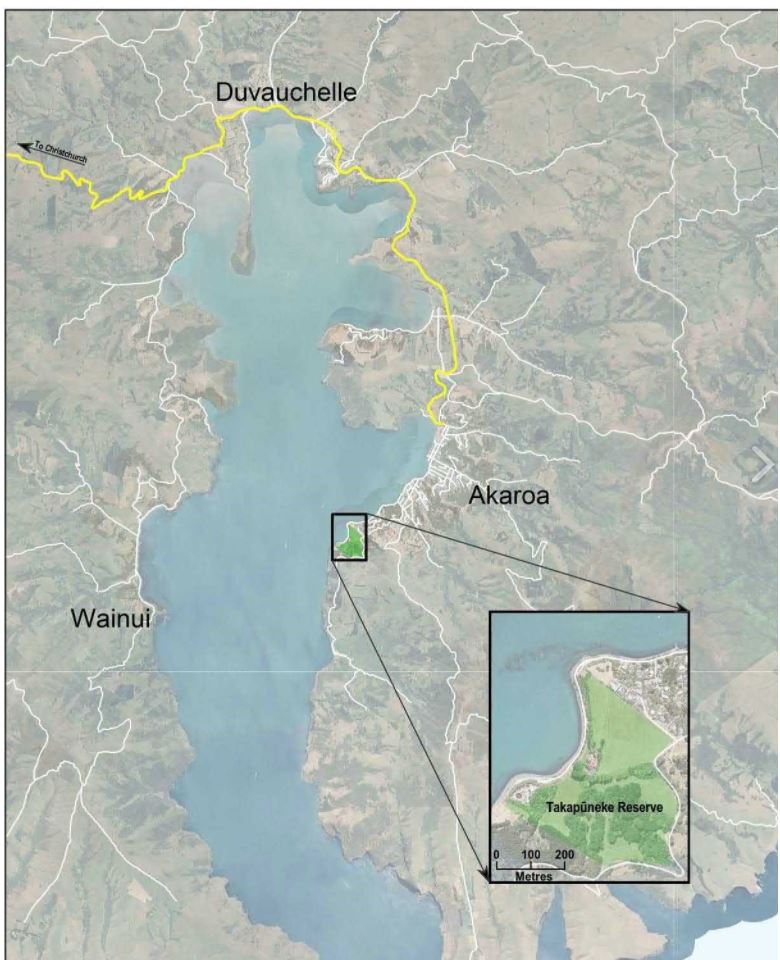 "The design is intended to help tell the story of this land and how it has shaped our history."

Rutledge said the plan will be rolled out in stages as funding and resources become available.

The first stage will centre on the area near the corner of Stanley Pl and Ōnuku Rd and involve terracing, with a flat platform for a pou in the centre, a path spiralling out in the form of a Takarangi to Stanley Pl, and a car park on the old landfill site.

Later stages of the plan will also include extensive native restoration planting, a toilet block and interpretation panels which are to be integrated into two main waharoa (entranceways). 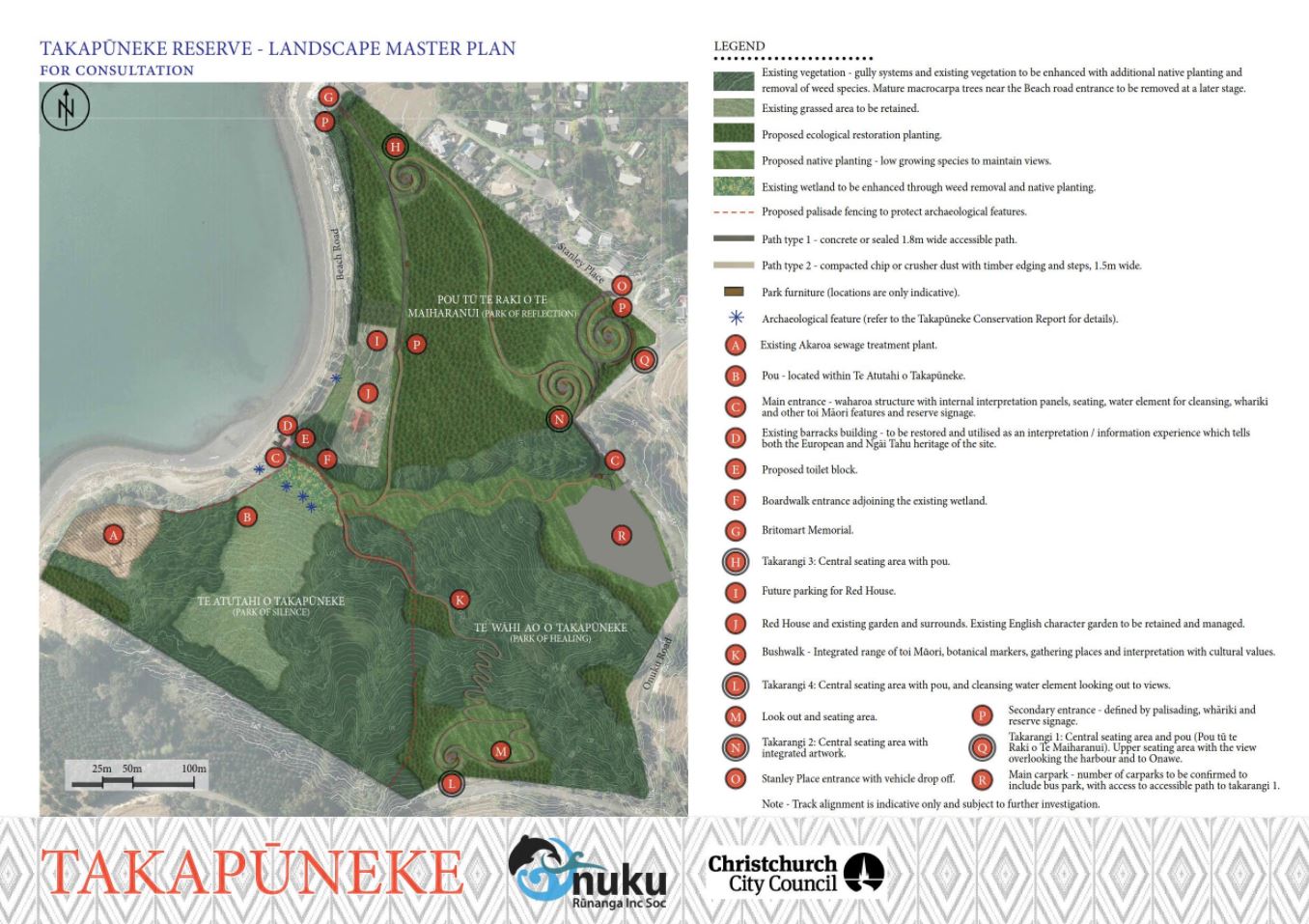 The Takapūneke landscape overview. Credit: CCC
Consultation on the landscape plan is open now and closes on July 21.

Find out more about the landscape plan or give your feedback on the plan here.

An information session about the plan will be held at Ōnuku Marae on Saturday, June 26, at 1.15pm, with an official welcome onto the marae.