Police Eagle trial ends: Has it made the city safer? 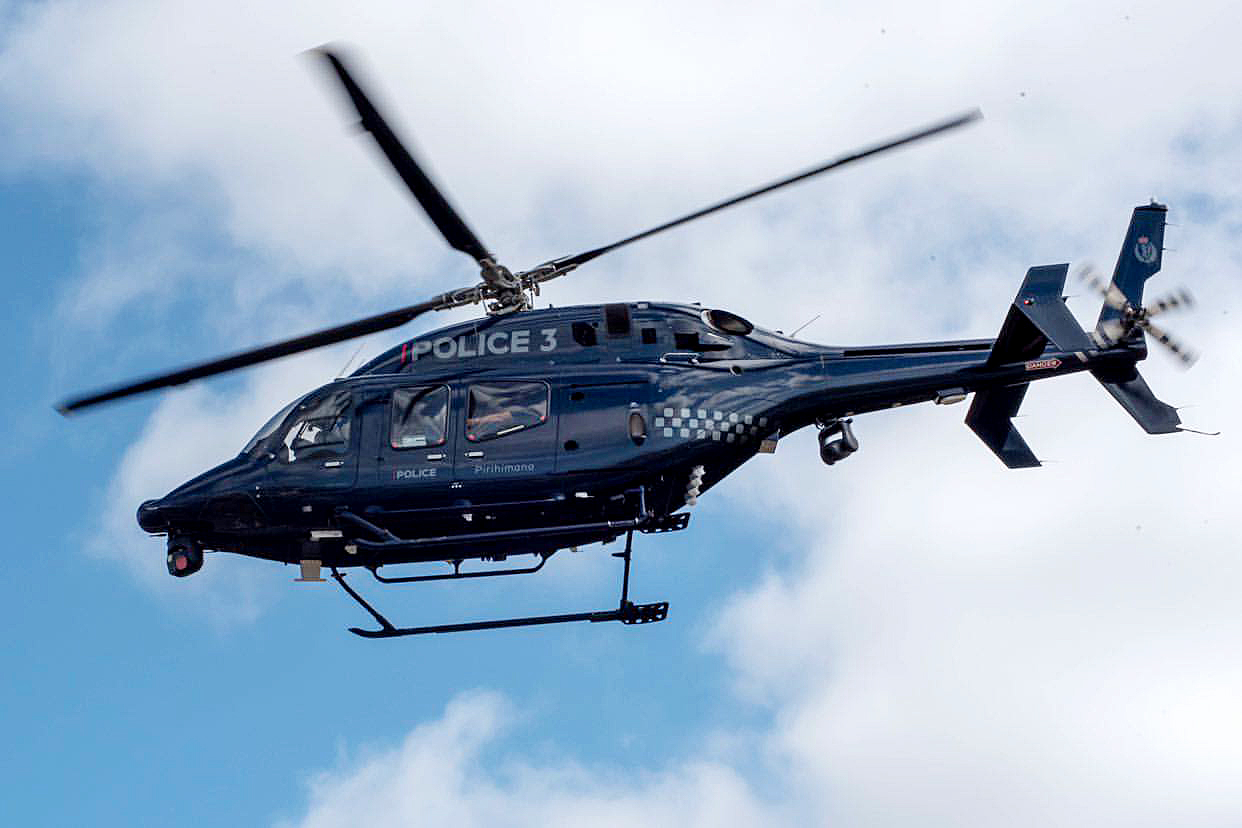 With the completion of the trial on Friday, police say the Eagle and the staff who work with it will return to Auckland. As for its future in Christchurch - that is still undecided.

"There will be a full evaluation, which will be considered by police on the potential for any future expanded deployment," said Superintendent John Price, District Commander Canterbury."

An online survey, conducted by Christchurch Central MP Duncan Webb and completed by more than 1400 people, showed a high level of support for the Eagle helicopter. It found 53 per cent of respondents thought it was reassuring and 21 per cent were glad it was patrolling the city. Fifty-two per cent said the helicopter was “an essential part of policing strategy” and a further 24 per cent thought it should stay and they “trusted police to make decisions about how to deploy resources". However, 12 per cent of respondents said the helicopter was really distressing and a further 12 per cent viewed it as irritating. 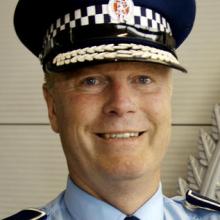 John Price. Photo: Supplied
Superintendent Price says it has been a very busy trial period for the Eagle.

"At the end of week four, Sunday, 15 March, there had been 305 jobs that Eagle had attended and 210 apprehensions or people found due to the help of the eye in the sky.

"This translates to 69 per cent of offenders being caught or people being found using Eagle as a policing tool.

Superintendent Price said right from the first day of the trial - February 17 - the Eagle has been in demand. One of its first jobs was to help locate a stolen motorbike and a suspicious car seen leaving a car park of a local tavern.

"Ground staff talked to air staff and with specific instructions and expert guidance, the staff identified a route where the stolen bike and car would be blocked in and stopped by staff.

"There was success for the teams involved when three arrests were made, one stolen motorbike recovered, one stolen car recovered and two men arrested and charged with possession for supply of methamphetamine. 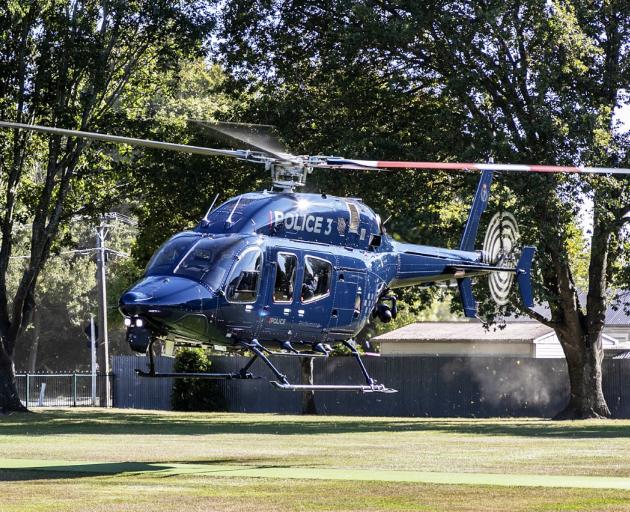 Photo: NZ Police
Superintendent Price said it only got busier from there. "Within the first week, a traffic incident unfolded where a car was spotted weaving all over and driving on the wrong side of the road.

"It was followed by an informant, then police, for a considerable distance at Pigeon Bay, which later lead to a successful apprehension.

"Eagle monitored the vehicle and the manner of driving made it clear that a serious crash would occur if the car was not stopped.

"The crew located an appropriate place to safely land the helicopter and conduct a vehicle stop. The car was stopped without incident, but the driver, after refusing breath and blood-alcohol tests, was arrested.

"The 33-year-old woman will appear on traffic charges in April."

At the end of the second week of the trial - February 29 - the Eagle helped a police patrol unit in pursuit of a vehicle that had left a bar in Darfield travelling at high speed.

"As Eagle was close, the crew obtained long-range observations while the patrol car self-abandoned the pursuit on Wards Rd. The vehicle was travelling at high speed, in places, over 130km/h on gravel roads.

"The vehicle went into a large rural property on a road nearby.  An occupant climbed out of the driver’s window and opened a gate, at which point five other occupants exited the vehicle also via the windows.

"Eagle crew located one man attempting to run away, who quickly realised he was not getting away. The spotlight from Eagle helped direct ground staff to him.  All six occupants were taken into custody initially.

"The driver claimed he had failed to stop because he thought he was too drunk to drive. The vehicle was not stolen or otherwise wanted, however the male driver will appear for failing to stop and other traffic charges in April." 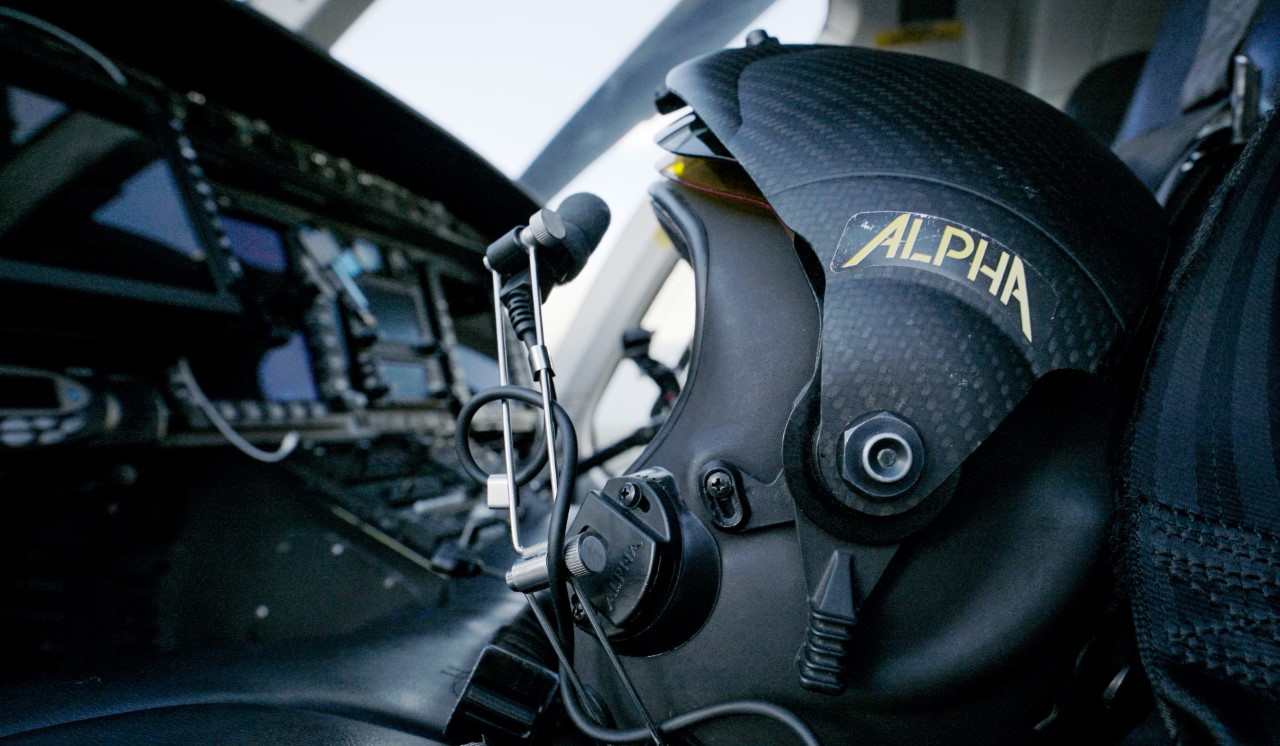 Photo: NZ Police
By week three, the Eagle had been used to track several vehicle pursuits, taking away some of the risk and danger these chases pose to police and the public.

"In Timaru on 4 March just after 10am, a vehicle failed to stop for police, but it was lost after the patrol car abandoned the pursuit. It was successfully located in the car park of a tavern in town," said Superintendent Price.

"Two men were seen running north from the tavern. A dog unit tracked to the corner of Lough and Wilson Sts.

"Once on scene, Eagle began a search of a park which was the last known location of the offenders.

"During the search a suspicious vehicle was sighted on Meremere St, with two occupants inside.

"The people inside the vehicle at the park were not related to the failing-to-stop job, however the passenger was found to not only be in possession of drugs but also a pistol, which police thought was linked to a rural burglary where firearms were taken.

"Eagle continued surveillance for the offenders who had failed to stop in the previous job, and the suspected driver was eventually located inside his home address several kilometres away by ground staff making inquiries there.  The driver was arrested for failing to stop and also a historic fingerprint burglary match." 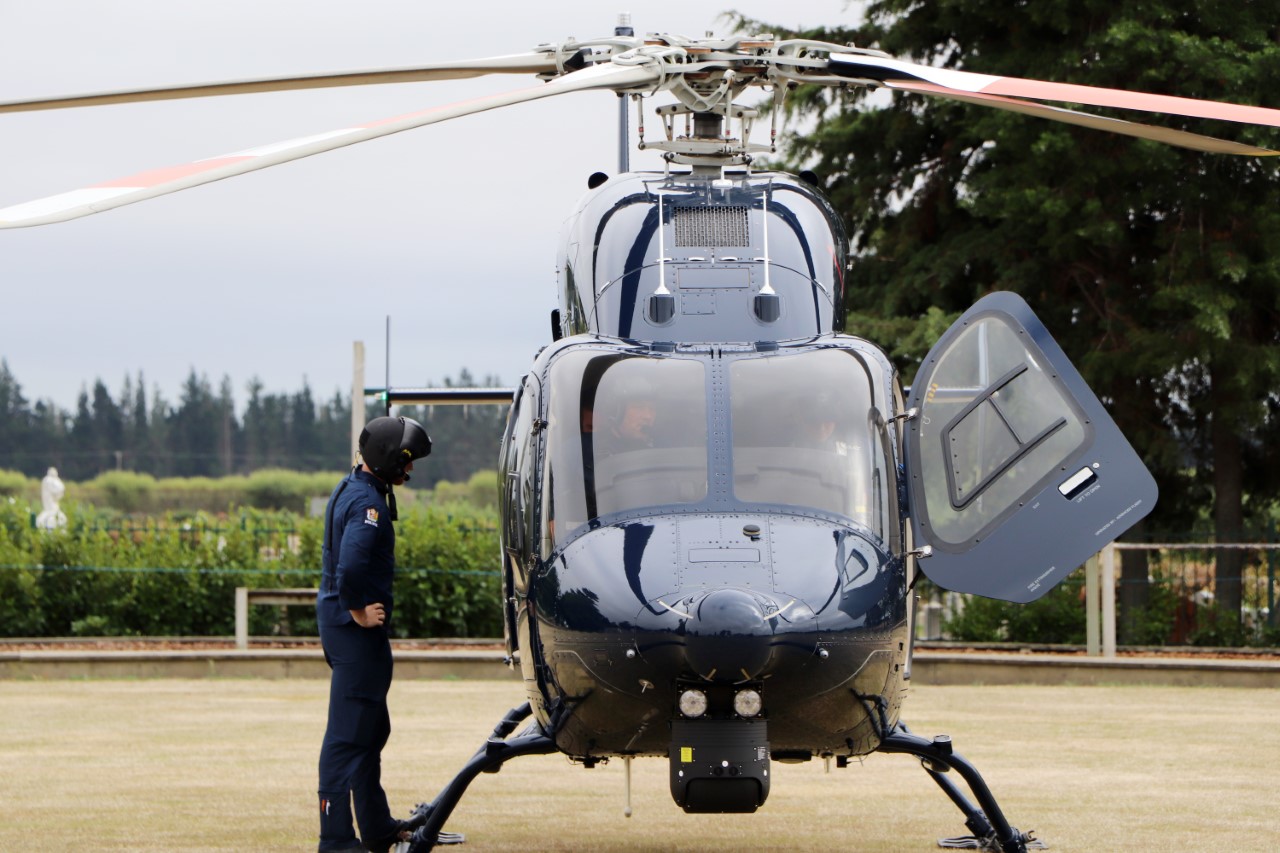 Photo: NZ Police
On March 4, a Subaru was seen swerving all over the roads with no headlights on near Darfield.

"The driver was located, monitored and stopped with the assistance of Eagle, and after breath testing, was found to have 1012 micrograms of alcohol per litre of breath. The passenger, a known offender, was found to be in possession of drugs."

Just days after on March 6, a stolen vehicle was spotted near Marshland going 160km/h. During this incident the Eagle teamed up with a police dog to track a suspect.

"No units were in pursuit or close to the vehicle due to the speed, so Eagle provided commentary and suggested suitable locations for ground units to set up spikes on Pound and Ryan Rds.

"The spiking impacted all of the vehicles tyres and the vehicle slowed to a stop on Pound Rd.

"The driver got out and ran to a bush line whereby Eagle provided support to a police dog unit who located the offender. The offender is charged with driving while disqualified and failing to stop.

Superintendent Price said other notable incidents involving the Eagle included dangerous driving incidents in central Christchurch on March 9, New Brighton on March 10 and Wainoni on March 13 - all of which led to arrests.

"The way these offenders were prepared to flee from ground units showed a distinct lack of regard for other road users, pedestrians and the safety of all the public," Superintendent Price said.

"Eagle has helped our ground-based staff by attending a range of events including a number of road policing jobs. It’s been a good tool to assist with our front line teams working to halt offenders in their tracks."