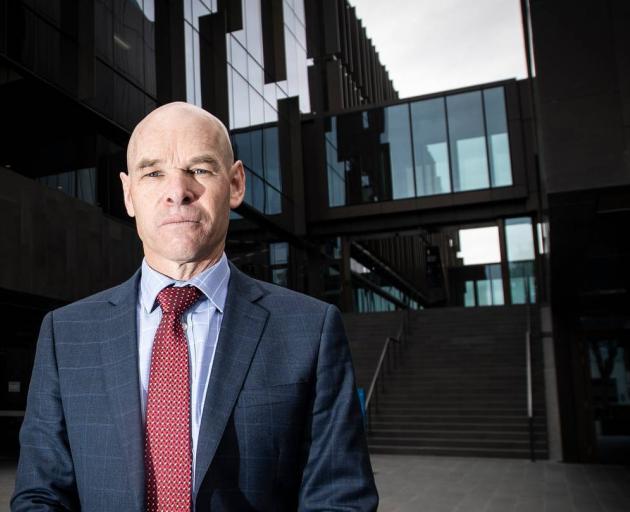 Detective Inspector Greg Murton. Photo: Jason Oxenham
Police are concerned by the findings of a survey, commissioned by Christchurch Girls' High School, in which 20 students say they have been raped.

Canterbury Police District Manager of criminal investigations, Detective Inspector Greg Murton said they want to assure people that any report of a sexual assault will be taken seriously.

"We know coming forward to report a sexual assault can be incredibly difficult, so we can provide absolute assurance that any report will be treated seriously, sensitively and thoroughly investigated.

"We put victims at the heart of our approach, and endeavour to keep them informed and supported as enquiries progress."

Also, 430 of the participants noted they had been harassed - 59.3 per cent of those who took part.

It appears that none of the rapes reported in the survey were reported to police.

Murton said this week, police will be meeting with each year group at CGHS to ensure students know and understand how they can report any type of sexual or physical assault and what support they can access.

Police have been working with CGHS since student protests earlier this year and also met with students from Christchurch Boys' High School to discuss the issue and provide a pathway for any complaints of criminal behaviour, he said.

In March, about 100 CGHS students leading a sexual harassment protest were turned away while heading to CGBS.

It came after an online fight between the two schools broke out on social media.

In Canterbury, there are around 50 police staff in the Adult Sexual Assault and Child Protection Teams.

"They are specifically trained and have the expertise to investigate these cases.

"We also work closely with a number of support agencies to ensure victims receive ongoing support."

Whether a report of sexual assault results in a prosecution or not, the police's approach to reports is victim-centred and the focus is always on ensuring the right supports are in place, Murton said.

"If you or anyone you know needs help in relation to sexual assault, there is help available."

• You can report the incident to Police by calling 111. More information about sexual assault, how to report it and available support can be found here.

There is also comprehensive information on the police website about what happens when a report is made to Police.

Contact can also be made with a number of support agencies for victims of sexual assault including Sexual Assault Support Service Canterbury, AVIVA, and Victim Support, he said.

Principal Christine O'Neill said the police have been very supportive.

"They've been fantastic, they've worked right alongside us. I think they're an important part of this going forward."

O'Neill said on Tuesday, female officers will speak to the school about safe reporting.

The children's commissioner said the survey must lead to urgent action including consent and gender equality education for boys.

"Sadly, this survey is the latest in a growing body of evidence about the extent of sexual violence against girls and LGBTQ+ teenagers in Aotearoa. It's time for New Zealand to admit this is an epidemic, and it needs a national epidemic-level response.

"The survey is incredibly disturbing, and indicates widespread abusive, harassing behaviour, usually by boys and men against girls and LGBTQ+ students, was normalised both by the perpetrators and their victims," Andrew Becroft said.

"Growing up in Aotearoa, children and young people should feel and be safe. They should never have to feel on guard, or constantly fearful of being hurt or harassed. That is not and should never be normal.

"While the Christchurch survey is shocking, it would be surprising if similar results were not found throughout the country. Nevertheless, a national survey may be needed to galvanise government and public support for action."

Beacroft said a nationwide survey or other engagement could help provide solutions that match the reality of life for young people in New Zealand.