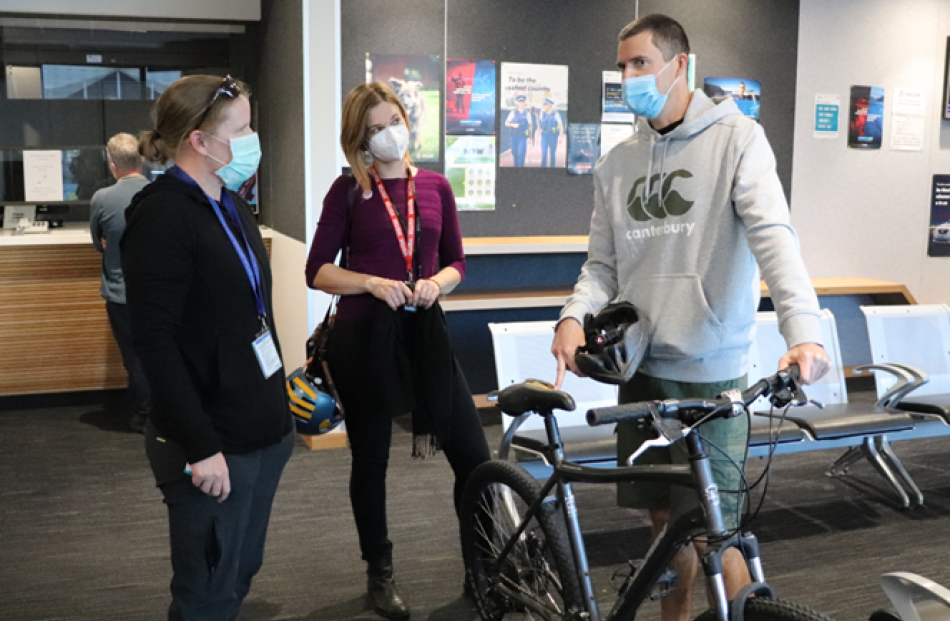 Constable Oliva Bensley and Anne Heins from the city council are the team behind the launch of 529 Garage in Christchurch. Photo: Supplied
Three weeks after a bike registration service aimed at retrieving stolen bikes launched, a bike flagged as stolen has been reunited with its owner.

Soon after, a bike owner who thought they would never see their bike again has got his wheels back.

Mark Anderson’s bike was stolen from the bike shed at his apartment building in the central city in February.

To his surprise, he spotted it in a nearby property soon after it was stolen. Anderson called police who visited the address, but the bike had been moved.

He’d seen something about 529 Garage in the media, so he registered his bike and flagged it as stolen.

Unfortunately, he didn’t have the serial number, but he did have clear photos of his bike.

Constable Olivia Bensley, one of the police administrators for 529 Garage, was executing a warrant in relation to other stolen items when she saw Anderson’s bike.

“Without the serial number it would have been almost impossible to identify. Coincidentally, I’d seen his bike on 529 Garage when I was trying to identify a different bike,” Bensley said.

“It was pure chance that I recognised it when I saw it at the address.”

Although a few parts had been switched out, there was a recognisable scratch on the frame that Anderson said happened when he crashed while mountain biking in the Port Hills.

A police spokesperson said although the bike was located at a nearby address, theft charges are yet to be laid in relation to Anderson’s stolen bike. 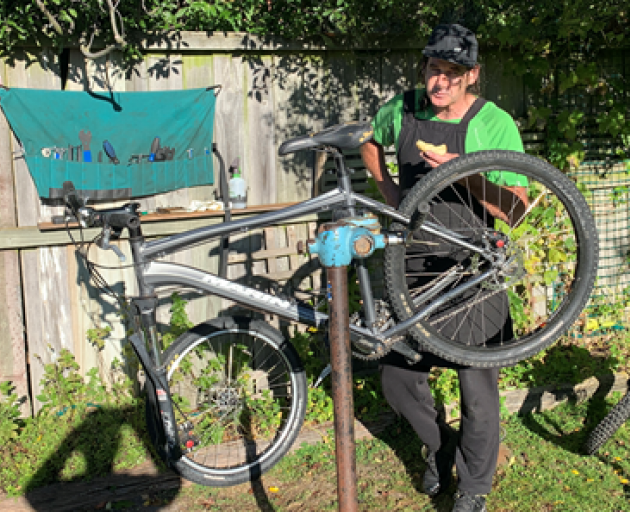 “Registering my bike on 529 Garage was easy but I didn’t really expect to see it again,” Anderson said.

“I prefer biking to driving a car, unless it’s raining, so I’m thrilled to have it back.”

A police spokesperson said while Anderson was lucky that his bike was identified and recovered without the serial number, it’s important to register your bike before it’s stolen.

• To find out more and to register your bike, go to www.529garage.co.nz/chch