Two ram raids and a burglary in Christchurch 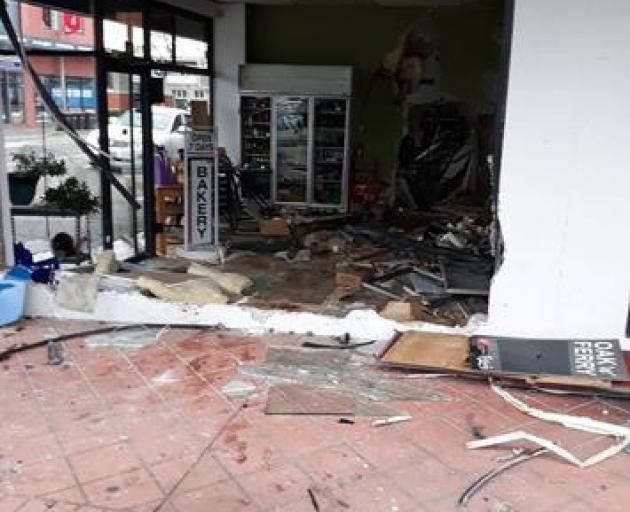 The damage following a car crashing into a Ferry Rd bakery on Sunday morning. Photo: Kirstie Marie
Three separate stores were damaged and burgled in Christchurch on Sunday.

Two offenders in a silver station wagon reversed into the back door at Cash Converters Papanui on Main North Rd, at about 3am Sunday morning.

Several phones were stolen along with high-end laptops and a bluetooth speaker.

Then, just after 5am, a car crashed into a bakery on Ferry Rd, causing a 3m x 3m hole in the Bakery and Coffee building.

The car crashed through the next door premises of sewing shop Stitch 'N Time. The offender ran from the scene, leaving the car behind.

Water pipes and the electrical network were badly damaged.

At about 5.30am, vandals broke into and ransacked Head Rush Hair Salon in Addington.

The Lincoln Rd store is offering a $1000 reward for information about the burglary.

Earlier in the week on Wednesday morning, a hair and beauty salon, Wright Hip Hop Trends, was also ransacked in the early hours of the morning.

Police have not yet said whether the incidents are linked.