Investigators seek clues to cause of Kaikōura helicopter crash 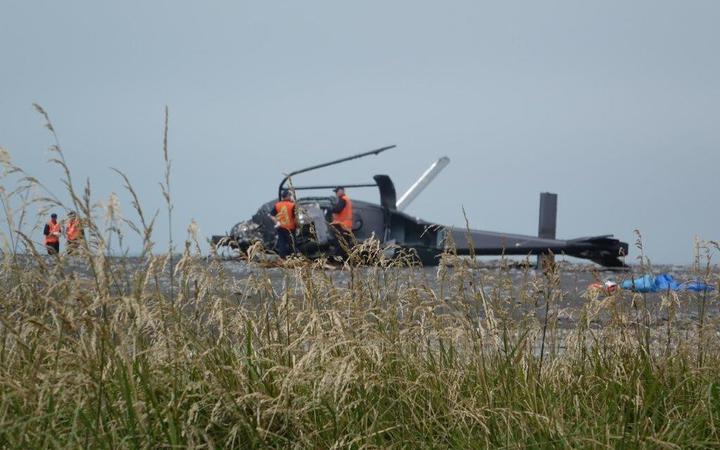 Accident inspectors at the helicopter crash site in Kekerengu. Photo: RNZ / Tracy Neal
A team of investigators is mapping the location of debris and combing the wreckage at the site of Tuesday's fatal helicopter crash north of Kaikōura which killed two parents and seriously injured three children.

Police have confirmed Christchurch pilot Andrew Hamish Davidson, 60, and his wife Lin Chen, 39, and three children were onboard the EC120 helicopter as it came in to land at The Store cafe and campground at Kekerengu for lunch just before 1pm on Tuesday.

Bed and Breakfast owner and local resident Ian Mehrtens told Checkpoint he raced to the scene after seeing the helicopter spiralling out of control and plummeting to the ground at the mouth of the Kekerengu River.

The crash killed the couple and seriously injured the three children who were airlifted to Wellington Hospital. This morning two of the children were described as in a stable condition and a third in a serious condition in intensive care.

Capital and Coast District Health Board says the patients' representatives have requested privacy and they can't give any further updates.

This afternoon Medbury Primary School's headmaster Ian MacPherson confirmed the couple's son Angus, a Year 7 student, was one of the children injured in the crash.

In a statement, MacPherson said the school would reopen its doors next Monday morning for families in the community to gather to support each other.

He said counselling services would also be made available. 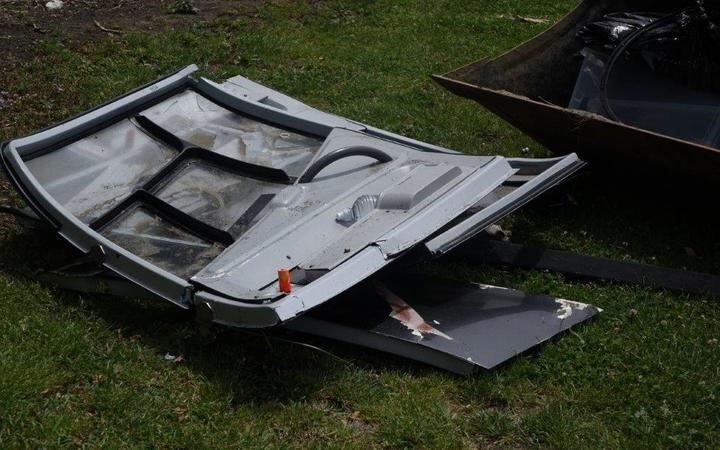 Leighton said the school was supporting the families whom they held in their hearts and prayers.

She said the school was grateful for the support from emergency services and those in the college community.

Richard Jenman, who is the managing director of Davidson's employer, Enatel, said the couple's two children were injured in the crash, along with one of their friends.

Jenman said the news was a huge shock.

Sales records show Davidson, who also runs a BnB with his wife from their lifestyle block in Ohoka, North Canterbury, had only purchased the helicopter in October.

While the bodies of the couple have been recovered from the scene, the helicopter remains on the beach, covered by a tarpaulin.

A blessing, organised by Ngāi Tahu leaders, was held at the crash site this afternoon.

The Transport Accident Investigation Commission (TAIC) is appealing for any witnesses who may have footage of the accident to come forward.

The helicopter's components will be examined along with maintenance records.

TAIC spokesperson Simon Pleasants said an investigation team had spent the day gathering evidence. It was understood that the wreckage had to be moved from its original crash landing spot.

"It would've been much more of a complication if it had been left where it was, which was below the water line and it would've been substantially damaged overnight by tidal and wave action.

"Also the locals needed to shift the wreck, I understand, from the water in order to extract people from inside." 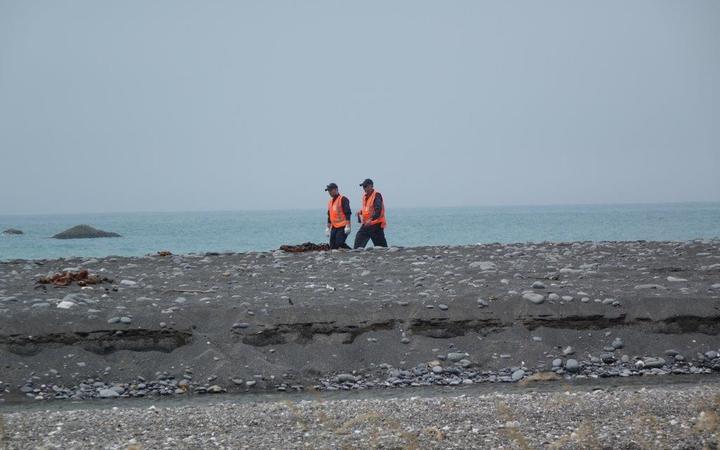 Air crash inspectors comb the scene near the fatal helicopter crash in Kekerengu. Photo: RNZ / Tracy Neal
Pleasants said they would be speaking to these people as well as anyone who was involved in the rescue and recovery and those who saw the journey of the helicopter prior.

"We have requested footage, we put a call for anyone who might've had video of the actual accident or the helicopter as it was flying before it arrived at the scene.

"Anyone who was driving through that spot about 12.30 in the afternoon, if they have captured the helicopter flying before the accident or even the accident itself - the driver might not have noticed [dashcams] on these vehicles are quite wide angled and may well have recorded very useful evidence."

He could not confirm if anything of that sort had been received by commission, as part of rules to protect evidence.

He said some pilots and companies would install video cameras as part of their policies but he was unsure if this helicopter had been equipped with them.

Black boxes were not typically carried on helicopters but it was an area of interest for the commission to get helicopters fitted with them in the future, he said.

These investigations also looked in depth into the history of aircraft under previous owners too, he said.

He said he did not know Lin Chen well but she was very highly regarded and well liked by those who did.

Jenman said he had known Davidson for more than 20 years, and he was a stalwart of the Christchurch technology sector, and founded Enatel.

Davidson's last role was as general manager of the motor power division of Enatel in Christchurch.

"He started his career at Tait Industries," Jenman said, "and has really been a prime mover in the success of Canterbury in technology. And has personally been the reason for the exporting of many goods to all corners of the world, and has established really good relationship with many businesses all over the world."