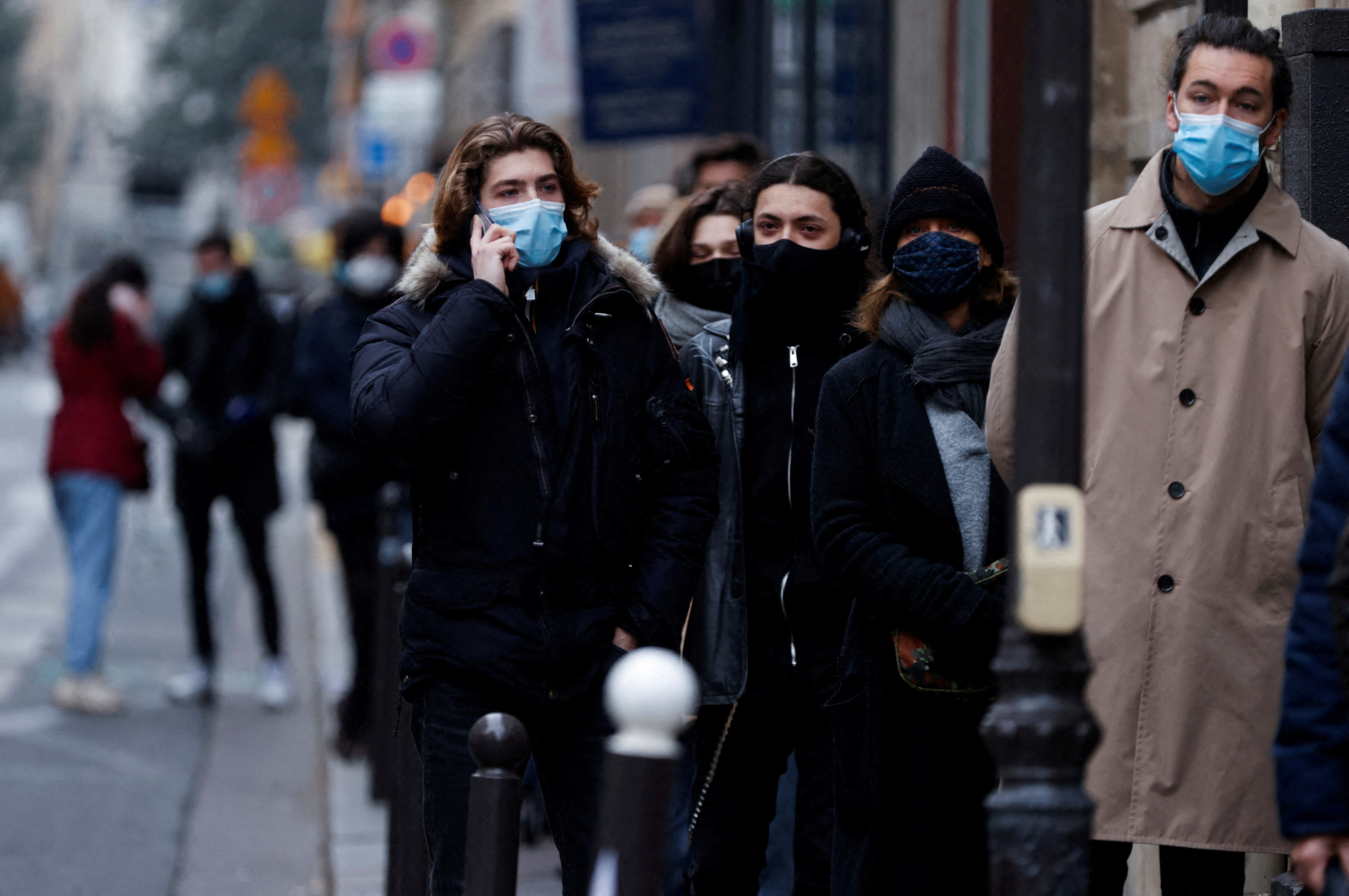 The French government announced new measures to curb infections, including limits on the size of big gatherings, a ban on eating and drinking in transport systems and the mandatory wearing of masks again outdoors. Photo: Reuters
France reported a record high of 179,807 new confirmed coronavirus cases in a 24-hour period on Tuesday - one of the highest one-day tallies worldwide since the start of the pandemic.

It is the highest number of new daily infections in Europe, according to data on Covidtracker.fr. Since the start of the pandemic early last year, only the United States and India have reported average daily new cases above 200,000.

Britain on Tuesday reported a record 129,471 new cases of Covid, but the data did not include figures for Scotland and Northern Ireland due to differences in reporting practices over the Christmas holiday period.

The seven-day moving average of new cases in France - which smooths out daily reporting irregularities - rose to a new all-time high of 87,500. On Sunday and Monday, the health ministry reported only about 30,000 new cases per day.

On Monday, the government announced new measures to curb infections, including limits on the size of big gatherings, a ban on eating and drinking in transport systems and the mandatory wearing of masks again outdoors.

Despite the jump in new cases, the number of patients in hospital with  the virus remained well below record levels, with Covid-19 patients in intensive care up by 83 to 3416 on Tuesday, well below the highs of more than 7000 in early April 2020.

About 77% of the population is now fully vaccinated, which has sharply reduced the number of hospitalisations and deaths.

The Covid incidence rate - the number of new cases per week per 100,000 citizens - rose to over 900, the highest since the start of the epidemic and nearly twice the levels seen during the third wave in November 2020.