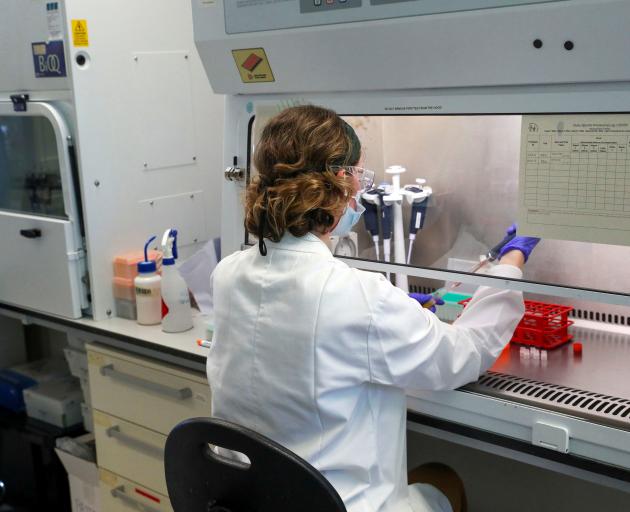 AstraZeneca can be transported and stored at normal fridge temperatures, which proponents say would make it easier to distribute than Pfizer's, which needs to be shipped and stored at -70degC.
AstraZeneca says its Covid-19 vaccine could be as much as 90% effective, giving the world's fight against the global pandemic a third new weapon that can be cheaper to make, easier to distribute and faster to scale-up than rivals.

The British drugmaker said on Monday it will have as many as 200 million doses by the end of 2020, around four times as many as United States competitor Pfizer Inc. Seven hundred million doses could be ready globally as soon as the end of the first quarter of 2021.

Data showed that a potential COVID-19 vaccine being developed by AstraZeneca and the University of Oxford produced a strong immune response in older adults https://t.co/VCwCJwT4mj pic.twitter.com/Kn1DzOTNZp

"This means we have a vaccine for the world," said Andrew Pollard, director of the Oxford University vaccine group that developed the drug.

The vaccine on average prevented 70% of Covid-19 cases in late-stage trials in Britain and Brazil. The success rate rose to 90% if the vaccine was administered as a half dose followed by a full dose. The efficacy was 62% if the full dose was given twice, as it was for most study participants.

No serious safety events were confirmed, the company said, although little safety data was provided.

AstraZeneca's shares fell nearly 4%, as investors perceived the efficacy data as less impressive than rival vaccines and may take longer to get US regulatory approval. Pfizer and Moderna , which reported that their vaccines were about 95% effective in preventing illness, had set the success bar sky-high.

As Oxford/AstraZeneca becomes the latest Covid vaccine to publish trial results, how does it compare to others?https://t.co/rVON18544g pic.twitter.com/hhYvlvsxpt

The AstraZeneca vaccine does have advantages. Its cost to governments works out at just a few dollars a shot, a fraction of the price of the Pfizer and Moderna vaccines using a new, more complex technology.

It can also be transported and stored at normal fridge temperatures, which proponents say would make it easier to distribute - especially in poor countries - than Pfizer's, which needs to be shipped and stored at -70 degrees Celsius.

The 90% efficacy finding was a happy accident, AstraZeneca admitted, noting that it resulted from a dosing error during the trials. The half dose-first regimen will enable the company to seek approval based on far higher effectiveness than 62%, which was still enough for a regulatory nod based on prior discussions.

'NOT A PANDEMIC WITHOUT END'

The faster roll-out means countries that had been drawing up plans to ration vaccines can distribute them more widely, helping to eventually halt the social and economic disruption of a pandemic that has killed 1.4 million people.

"Vaccines are now edging ever closer to liberating us from the virus, demonstrating emphatically that this is not a pandemic without end," Britain Prime Minister Boris Johnson told parliament on Monday.

Matt Hancock, health secretary of Britain which has pre-ordered 100 million doses for its 67 million people, said the bulk of the vaccine rollout will take place January-March.

"We hope that sometime after Easter things will be able to start to get back to normal," he said.

In poor countries, where the logistics of distributing rival vaccines posed a bigger challenge, the effect of a cheaper and easier alternative could be even more pronounced.

"The big advantage of having the vaccine is that it can be stored, transported and handled at 2-8degC and we have that storage facility," said Zahid Maleque, health minister of Bangladesh, which is buying in 30 million doses of AstraZeneca's vaccine produced in India.

"We welcome the efforts of Oxford/AZ to make the vaccine affordable and easy to store, which will be good for countries and people everywhere."

'WE'LL BE A LOT HAPPIER'

Nevertheless, there was criticism of AstraZeneca's data release.

Healthcare analysts from SVB Leerink said AstraZeneca had not disclosed enough information about safety events that led to a pause in the Phase III trials, and cited other study limitations.

Leerink noted that only a small number of people had received the smaller first dose. Researchers did not say how many of 131 cases of Covid-19 in the studies were from that subgroup that led to the 90% efficacy finding.

Leerink analyst Geoffrey Porges suggested the vaccine was unlikely to receive US approval, noting the trials did not appear to meet US requirements for representation of minorities, the elderly and other high-risk populations.

AstraZeneca said it plans to seek approval to modify its US study to get more data on the smaller initial dose.

Some scientists said all three vaccines could prove comparable in the end.

"I think it is a real fool's errand to start trying to pick these three (Pfizer/Moderna/Astra) apart on the basis of snippets of Phase III data from press releases," said Danny Altmann, professor of immunology at Imperial College London.

"My suspicion is that by the time we are a year down the line, we'll be using all three vaccines with about 90% protection - and we'll be a lot happier."

The AstraZeneca vaccine uses a modified version of a chimpanzee cold virus to deliver instructions to cells to fight the target virus, a different approach from Pfizer and Moderna, which rely on new technology known as messenger RNA (mRNA).

AstraZeneca will now prepare regulatory submission of the data to authorities around the world with a framework for conditional or early approval. It will also seek an emergency use listing from the WHO to speed up availability in poor countries.