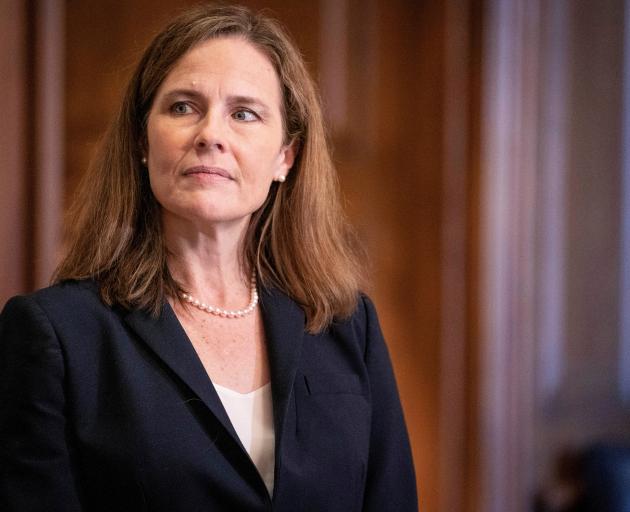 While Democrats have fiercely opposed the conservative jurist's nomination, Trump's fellow Republicans hold a 53-47 Senate advantage and had reached enough votes to confirm as voting continued.

The ceremony planned at the White House comes a month after a similar event was linked to a Covid-19 outbreak that preceded Trump's own infection.

At the ceremony, conservative Supreme Court Justice Clarence Thomas will administer one of the two oaths of office that justices have to take, according to a White House official. Justices also take a separate judicial oath, usually at the court itself. The court has not yet announced details.

Trump pressed the Senate to confirm Barrett before the Nov. 3 election, which would create a 6-3 conservative majority on the top US judicial body.

Senate Minority Chuck Schumer said the Republican majority was "lighting its credibility on fire" by proceeding with the vote so close to the election after blocking Democratic President Barack Obama's election-year nominee in 2016.

"The truth is this nomination is part of a decades-long effort to tilt the judiciary to the far right," he added.

"We don't have any doubt, do we, that if the shoe was on the other foot, they'd be confirming," McConnell said. "You can't win them all, and elections have consequences."

Barrett, a federal appeals court judge, is Trump's third selection for the court, enabling him to remake it in dramatic fashion as part of his success in moving the broader federal judiciary to the right since taking office in 2017.