Arrest made after chase through Otago

0 Comments
A man has been arrested after a gun was allegedly pointed at an officer, cars taken and a chase around much of Otago that began on Saturday night.

Jesse  Nash was arrested at a Milton property at 10am today after it was surrounded by police and the armed offenders squad.

It followed a more than 10-hour search of the South Otago town.

The 38-year-old was tracked by two police dog handlers.

Acting Southern District Commander Acting Superintendent Darryl Sweeney said this morning police teams worked through the night to find Nash, who will face "a raft of charges which are being assessed". 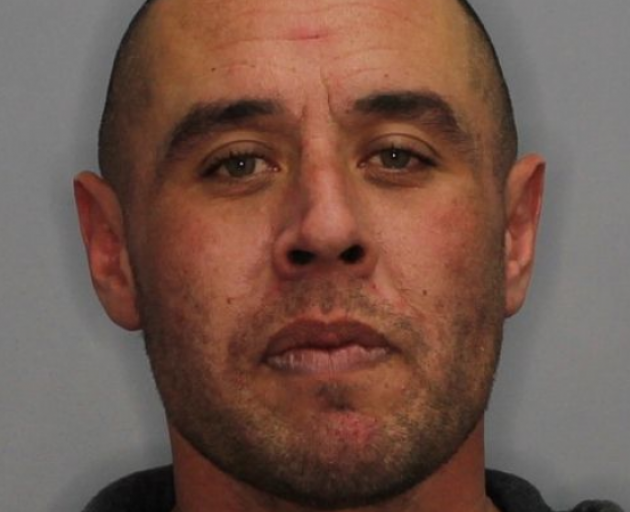 Earlier, he warned that Nash, who has links to Waimate and Timaru, was dangerous and should not be approached.

"The man failed to stop for police about 6:30pm on Saturday. A pursuit was then initiated and the vehicle came to a stop near Cromwell.

"The driver of that vehicle presented a firearm at an officer, before taking a police vehicle and fleeing the scene.

"He then travelled towards Alexandra, abandoning the police vehicle and taking a vehicle from a member of the public."

"The vehicle the man took was recovered in Milton around 11.45pm, where he fled on foot."

Supt Sweeney said the officer initially involved has been offered full support after this event, and an investigation team has been set up.

The manhunt started after a vehicle of interest failed to stop for police about 6.30pm.

The second car was found abandoned in Milton at 11.45pm and Otago Daily Times readers reported a heavy police presence in the town overnight.

Supt Sweeney said the pursuit was initiated and the vehicle came to a stop near Cromwell.

The driver then allegedly presented a firearm at police, before taking a police vehicle and fleeing the scene along State Highway 8.

The driver then abandoned the police vehicle near Signal Creek, and taken a vehicle from a member of the public.

The member of the public was shaken, but unharmed.

The police vehicle was recovered. No police issue firearms had been taken.

The man then travelled south along SH 90, and continued driving. The vehicle the man had taken was recovered in Milton.

Police are yet to confirm the fires are linked to the offender. Photo: Emily Cannan 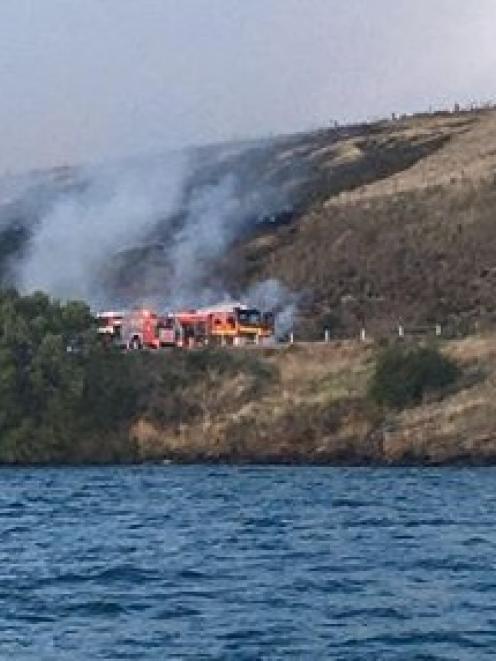 There were several fires around Cromwell on Saturday, but police had yet to confirm whether they were linked to the alleged offender.

A boating incident, which firefighters and St John were called to in the river at Beaumont, occurred at the same time as the manhunt was going on, but was not related.

EMERGENCY SERVICES OUT IN FORCE ON SATURDAY

Around 10pm on Saturday several witnesses reported hearing the helicopter and speeding police cars around Milton.

Otago Daily Times readers commented on a heavy presence of emergency services in Central Otago and have since seen a heavy police presence south of Roxburgh, including in and around Gore.

An ODT reporter said SH8 around Beaumont was thick with police and he had heard helicopters overhead.

A source told the ODT said armed offenders squad was deployed to the Cromwell and Alexandra area.

Some of the AOS deployed are from Queenstown and the ODT understands helicopters are part of the operation.

Witness Emily Cannan said she witnessed a silver car speeding past Tarras about 7pm with police hot in pursuit.

The area near Cromwell was teeming with police and firefighters and there were several fires on the hillside.

There were up to 20 firefighters in the area and multiple police cars.

Another witness said there were many emergency services vehicles down by the river at Beaumont, including multiple fire appliances and a St John ambulance.

Information about the incident was unclear at first, but it has since been confirmed it was a boating incident, not a car crash and not related to the manhunt.

A St John spokeswoman said they called to the scene at 8.11pm and were still at the scene at 9.06pm. She had no further detail.