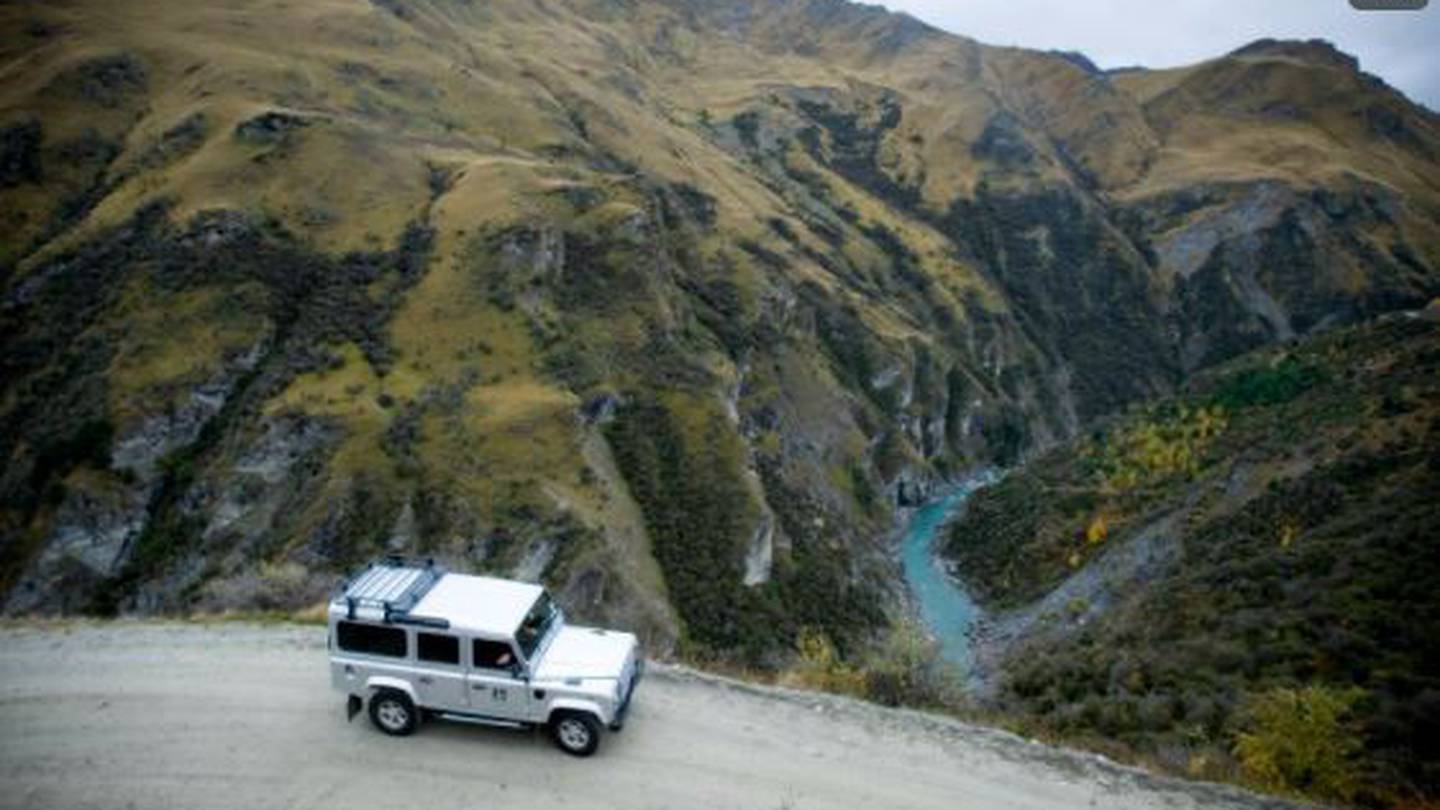 Skipper's Canyon Rd, near Queenstown, has been rated the most dangerous in New Zealand. Photo: Dean Purcell
An infamous Central Otago road has again taken the title of the country's most dangerous road, according to an Australian survey.

Skippers Canyon Rd may not feature on many lists of fatal crashes, but it is a whitenuckle ride that not many would forget.

It's likely the reason for its inclusion in Australian insurer, Budget Direct's, latest global survey of the world's most dangerous roads.

It stated that 1.35 million people die in road crashes every year, of which more than half were pedestrians, cyclists, and motorcyclists.

While the company found Skippers Canyon the most dangerous, MoT data gathered between 2012 and 2015 showed SH1 at Oram's Rd, Auckland, had been the site of the most fatal accidents, with eight during that period.

In 2017, the Automobile Association identified the country's most dangerous state highways as SH22 - from Drury to Pukekohe - where three people died, 19 were seriously injured and 44 people suffered minor injuries.

An International Transport Forum report showed Covid-19 played a big part in New Zealand's reduction in crashes for April 2020 - nine, compared to 35 at the same time in 2019.

Skippers Canyon - cut out of a sheer cliff face by miners more than 125 years ago - was also dubbed the most dangerous in 2014 and in 2016 by dangerousroads.org, but that was quickly slammed by locals as "absolute nonsense" as none could recall any fatal crashes.

The methodology used was unclear, as the company stated that it preferred publicly available road crash data for the highest crash data. If that wasn't available they used "the road most commonly listed as the most dangerous, with supporting data from local news reports."

The worst road in the UK was the A1010, with a rate of seven accidents per one million vehicle-miles driven.

China's Guoliang Tunnel has cliff edges along it and there have been 400 crashes totalling 92 casualties since 1992.

In Australia, the M4 western motorway took the dubious honours as it had seen six deaths over a five-year period.

The deadliest road in the US is Interstate 45, which saw five fatal crashes for every 100 miles.