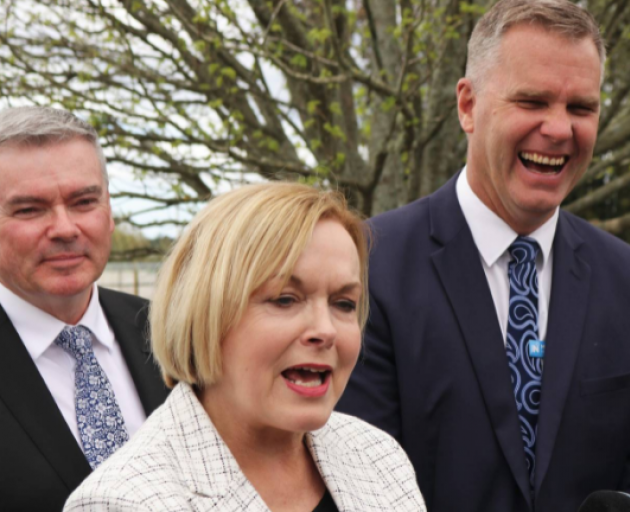 Former Northland MP Matt King - who lost his seat in Parliament at the last election - said he isn't against Covid vaccinations and is simply trying to start a conversation about how to avoid future lockdowns.

Yet he today linked to an article calling Covid-19 vaccinations dangerous and containing a video downplaying the risks of the virus.

King urged followers to watch and make up their own minds.

The National Party quickly distanced itself from the post, after some Facebook users mistakenly believed King was still a National MP and asked if there were any other politicians willing to "speak out".

"National have been emphatic that vaccinations are the key to New Zealand getting through Covid-19 and back to some semblance of normality," Opposition Leader Collins said.

"I, personally, have been actively encouraging New Zealanders to get out and get vaccinated."

King's post also raised fears that more mainstream politicians may seek to use what most consider misinformation to try and win votes, a disinformation expert said.

"It is an extension of quite fringe ideas into what you would think of as mainstream political and social discourses," she said.

"He is a former MP from Northland, it was with the National Party."

She said he still carried authority as a trusted source for some in the community because of his role up until last year as a National MP and needed to think carefully about the responsibility that brought.

King said he had thought carefully before posting.

"Don't put me in the anti-vax group or any of that sort of stuff, I'm none of that," he said.

King said he even thought it was taboo to talk about trying to put a number on how many people needed to get vaccinated before New Zealand could open its borders.

"Just for argument's sake, let's say when we get to 70 per cent vaccinations we can open the borders to other low risk countries, so the whole country has something to work towards, a goal or aim or target," he said.

"Even talking about that people get shut down and labelled."

But when asked how sharing a video that sought to discredit Covid vaccines - which have wide consensus support among the scientific community - would help New Zealand reach the high vaccination rate it needed to open the border, King agreed it wouldn't.

"But it is going to start people talking - if enough of us come out and say, 'let's have a conversation about a different path', then it works," he said.

Collins, meanwhile, emphasised that King was not a member of Parliament and is "free to express his opinions".

"However, they are not the opinions or positions of the National Party," she said.

"New Zealanders should have no doubt that the National Party backs the science."

The Pfizer vaccine has passed all the safety requirements of MedSafe, the New Zealand body responsible for approving the use of drugs and vaccines.

It also greatly reduces the risk of death or serious illness from infection by the Delta variant of Covid, the Ministry of Health's website said.