0 Comments
The most striking moment when speaking to a 14-year-old implicated in a string of ram-raids is what he said when asked what he wanted from life.

"I want to do property development," he says. "I'm going to sell real estate."

An hour later, the boy was in custody after being sought by police for days. It's not his first brush with the law. He's been of police interest since he was 11, which he reckons is about the last time anybody got him to go to school.

We spoke in the presence of an adult family friend who has been deeply involved with the boy's life over the past few years. The boy was waiting at the family friend's business office for police and surrendered himself to youth aid officers about 10am.

The boy's answer as to what he sought from life was revealing. It showed he could see a future beyond the next thrill-seeking joy ride in a stolen car. It showed an understanding of a future that doesn't involve smashing that vehicle into someone else's business.

There was an appeal - even an excitement - in developing the skills required to make deals. "And the income," he says. 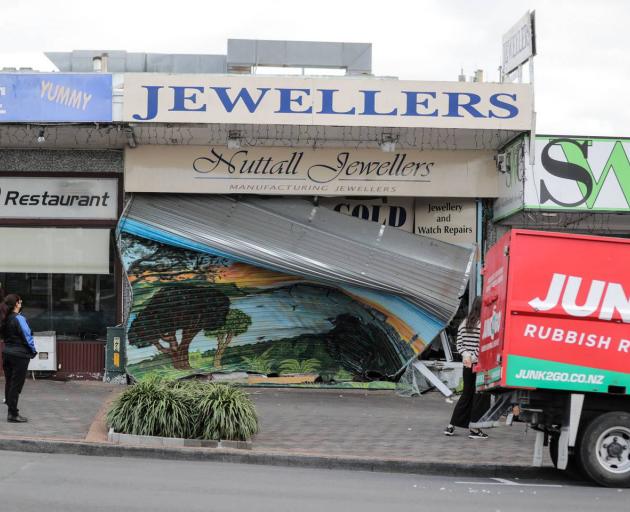 Nuttall Jewellers of Birkenhead was ram raided in March. Photo: Michael Craig
It was an answer that showed the power of mentors. The family friend had talked consistently to the boy about the future, possibilities, hope - and a different way of life.

The boy surrendered himself to youth aid officers with the family friend looking on. He had sat, waiting, in the office of the family friend's business - the place he looked to provide constructive support.

The family friend has been a presence over the past couple of years - a connection made through the boy's dad.

He's a self-made millionaire who believes in hard work and thrift, discipline and principles. He also spends his energy and time in circles that don't conform to society's expectations, which is possibly a level on which he and the boy connect.

"We need an army of big brothers," he told me. The boy spends time at the business carrying out tasks that fill his days while the family friend leads conversations that fill his mind.

"We can get you back on track again," he told the boy yesterday morning, "which we can do if you don't go reoffending. You're going to get locked up sooner or later."

The boy told me he knew he couldn't keep running. "It's got to be done," he said of meeting with police. "I'll have to face the consequences."

The boy's dad had told me he reckoned his son had been involved in 20 or more ram-raids. He was worried the boy would kill himself or someone else.

The boy is canny beyond his 14 years, which is to be expected of someone who's been enmeshed in the criminal justice system at such a young age. When asked about carrying out ram-raids, his first response is: "I'm not going to comment on that."

Asked again a different way, he talked of danger and risk - and how that was part of the fun.

"Just bored and to make some money," he said. School was "boring", he said, and he "didn't like it". He wouldn't go back either. "I'm going to do real estate." And yes, he reckoned his reading and writing was up to preparing contracts and signing business deals.

If so, that would make him an exception to the rule. Of the young offenders who have spent time in one of New Zealand's five youth justice facilities, 92 per cent had significant difficulties in IQ, attention, literacy, numeracy or verbal abilities.

When interviewing experts to better understand the boy's situation, the role of school emerges as a critical place to include them as a part of society, increasing the chance they won't offend against it.

School provides a structured framework that some children and young people don't have in other parts of their lives. Inspector Brent Register from Police Headquarters said: "These are children that are struggling to find their place in the world. There are a lot of social issues before there are criminal issues."

He ticks through the problems from just one of many common indicators - poverty. "These are children who don't have shoes to go to school, or turn up at school with no lunch, or don't have hot water to have a shower so don't go, or don't have a uniform." 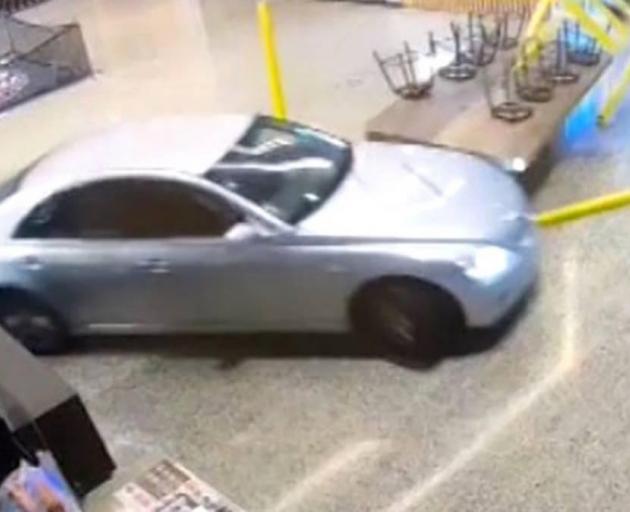 He told the Herald that the current spate of ram-raids was carried out largely by a small cohort of particularly troubled teens. It was a group, he said, likely excluded from school who would "drift and drift" until they found and formed friendships with similar isolated, troubled young people.

Keeping school a viable option for as long as possible provides a place for those young people who don't fit in anywhere. University of Auckland clinical psychology professor Ian Lambie - an expert in troubled youth - said it might require schools to extend their offerings to students so there were places for those who might otherwise not fit.

As Register from Police Headquarters said, if NCEA didn't hold a place for some young people then find a way for it to do so.

It asks a great deal of schools but many are moving into this space already. They do so in response to the needs of their communities with Hannifin able to point to one Waikato high school that set out to break a cycle of anti-social behaviour that was hurting its town.

There's no "cookie cutter" solution, Hannifin said, and each community would need its own solution to its own problems.

It is also important to remember that this boy and his friends are the shrinking few, according to the recently released Ministry of Justice study of youth offending. It showed youth offending over the last decade has dropped hugely. Department of Corrections data shows that reduction tracks through to the number of people aged under 25 in our prison system. 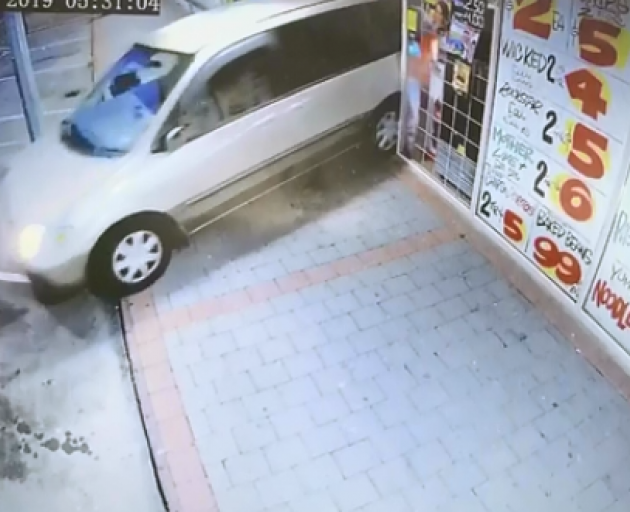 CCTV footage shows a vehicle being reversed into a store in Hamilton. Photo: Supplied via NZ Herald
It's Corrections' data, particularly, that supports the police - and youth justice sector - approach to not arrest young people on minor offences. It supports the evidence-based approach of not trapping young people in the quicksand of the justice system.

In 2018, the Office of the Prime Minister's Chief Science Advisor released a report called "Using evidence to build a better justice system". The report, largely written by Lambie, showed the danger of an enforcement/conviction-led approach to troubled youth.

We also know - again, science - that there is no deterrent effect on teen and young men. The prospect of a charge, or conviction, doesn't stop the urge in young men to carry out an anti-social or criminal action.

The boy sat waiting for police with a face as young as it should be but nothing like his rap sheet. He's got a clear-eyed stare and gives a thumbs up when asked how he is. "It's got to be done," he says again.

He's resolute - he knows what happens next. He's been here before.