The latest community case in NZ travelled across Northland before her positive test result, but was scrupulous about using the Covid Tracer app, health authorities have revealed.

The latest probable case is a 56-year-old woman released from MIQ (managed isolation and quarantine) at the Pullman Hotel in Auckland about five days ago after returning two negative test results during her stay.

The woman travelled around Northland after leaving isolation, and a thorough interview has suggested she has four close contacts. They are isolated and are talking to health officials and have been tested.

Watch the press conference above 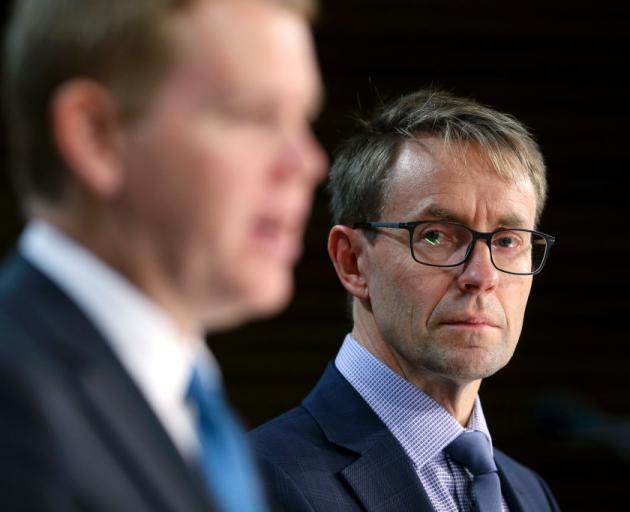 She travelled to New Zealand from London, arriving in Auckland on 30 December.

After leaving isolation she returned to her home in Northland, where she lives with one other person. That person has reported no symptoms.

Dr Bloomfield said she felt very mild symptoms on 15 January, but did not associate them with Covid. As her symptoms worsened, she got tested at a community testing facility.

He said the result indicated it was a new case, but further tests were looking at whether it could be historical, and if it was a variant.

"We are working on the assumption this is a positive case and that it is a more transmissible variant."

Dr Bloomfield urged New Zealanders to use the tracing app wherever they go and turn on Bluetooth.

He said the woman concerned had been tracing her movements and scanning the QR code wherever she went. Dr Bloomfield said this allowed authorities to rapidly identify what places she had been to.

"In this case we are also casting the net wide to ensure we contain any potential community transmission. This is precautionary but vital as part of our response."

He said she visited several locations and the Ministry of Health will release details of these on its website as soon as it has all the details.

It is asking people who have been at those locations to stay at home and call Healthline about the right time to get a test.

Dr Bloomfield said anyone who is symptomatic, either in Northland or around the country, should get a test.

"This is a reminder to all of us that the pandemic continues, this is a tricky virus and it behooves all of us to get with the programme and do the things we all know need to be done to keep New Zealanders safe - wash your hands, scan in religiously and stay home if you're unwell and get a test and isolate until you receive a negative result."

Dr Blomfield said more PPE and lab supplies have been sent to Northland and told district health boards to expect increased testing. Public health units across the country are on stand-by to support Northland.

More than 600 people who stayed in managed isolation at the Pullman Hotel this month have been asked to stay at home and get tested for Covid-19.

All staff working at the Pullman Hotel will also be re-tested.

Covid-19 modeller Professor Michael Plank said it was possible the virus was passed from one infected person to another in a managed isolation facility.

"One of the risks we've always been aware of is someone arrives with the virus, but then they pass it on to someone else in quarantine, perhaps near the end of their stay," said Plank, of the University of Canterbury and Te Punaha Matatini.

"That's one possible way the virus can leak out. I'm not saying that's what happened in this case, but it's a possibility, because it would be unlikely for someone to be incubating the virus for that length of time."

University of Auckland Professor of Medicine, Des Gorman, said health experts would be scrambling to test the person's contacts.

"What's required now is to not only test the people who have been in direct contact like family members and so on - but also to start encouraging people to turn up and be tested en masse so that there can be some reassurance that there aren't any other cases in the community."

If confirmed, it will be the first community case since November.

The Ministry of Health announced early this afternoon there has been eight new Covid cases in managed isolation since Friday.

One previously reported case had recovered, the ministry said in a statement.

The total number of tests processed by laboratories to date is 1,487,234.

Tests have now detected 36 people arriving in New Zealand with highly contagious strains of the virus since they emerged late last year: 29 with the UK variant and seven with the South African variant.

In the past fortnight, 17 more people were in quarantine facilities infected with two highly contagious Covid-19 strains.

The Health Ministry warned the strains would continue to show up in managed isolation facilities across New Zealand.

The Government has introduced pre-flight testing from most countries to reduce the number of people arriving at the border with Covid-19.

Covid tests are given to people on the day of arrival, as well as day three and day 12.