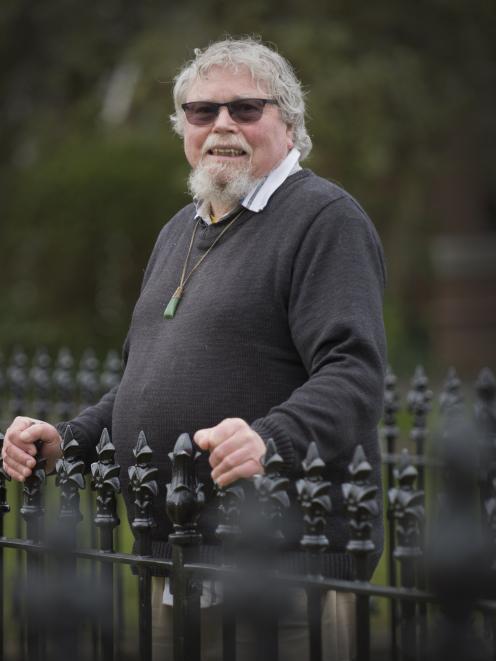 Emeritus Prof Warren Tate. Photo: ODT files
In a cruel twist, many Covid-19 survivors could be affected by a once-obscure chronic fatigue condition, initially termed the Tapanui flu, and whose existence was once ridiculed and denied.

Emeritus Prof Warren Tate (73), of the University of Otago biochemistry department, officially retired recently but is continuing his molecular-level research into the condition at the university.

People with this disabling illness often cannot undertake their usual activities and "at times may be confined to bed and experience overwhelming fatigue that is not improved by rest", the US Centres for Disease Control and Prevention (CDC) says.

Some overseas medical commentators have suggested Covid-19 could also result in "an explosion of ME/CFS cases", and Prof Tate said this could affect up to 20% of overall Covid-19 survivors.

The prospect of many more new ME/CFS cases was ironic, given the earlier obscurity of the condition in New Zealand and the many denials of its existence, he said.

"It certainly brings it much more into focus and highlights it."

The heavy impact of ME/CFS became clear to him in the early 1990s, when his daughter Katherine, then a Logan Park High School pupil, who previously had been lively and energetic, at times struggled to walk any distance.

The initial name of the condition, the Tapanui flu, arose from the experience of late Tapanui GP Peter Snow when in 1984, several patients presented with a prolonged flu-like illness not previously identified.

Prof Tate said that he had always been keen to learn more, but had not been able to gain research funding through the usual New Zealand sources.

Much of his current research funding came from donations from concerned people, including families, wanting answers and an effective treatment.

His research had helped clarify matters, including by showing disturbances in the production of some key proteins needed in human mitochondria, the body’s power packs within cells.

"We’ve shown the biological basis for the disease."

He was also cautiously optimistic that a treatment, perhaps including the use of antioxidants, could eventually be developed.

Prof Tate has held a continuous Otago University staff position since 1975 and his research has included investigating the molecular mechanisms of unexplained human diseases.

He has an Otago biochemistry PhD, and, in 1992, received an International Research Scholar award from the Howard Hughes Medical Institute of the United States — one of only two New Zealanders to receive the award.

In 2010, he was awarded the Rutherford Medal by the Royal Society of New Zealand , the country’s top science honour.

In 2011, he was made a Companion of the New Zealand Order of Merit for his services to science, and was awarded the Marsden Medal in 2018 by the New Zealand Association of Scientists.

Long a keen singer and gardener, he will eventually have more time for both.

He sings in City Choir Dunedin and chairs its committee, and says he finds singing "great for relieving the stresses and strains of life".

His scientific career had focused on "turning up stones" and studying what he found.

"You never know what the significance is going to be with something.

"It’s given me an incredibly fulfilling career."