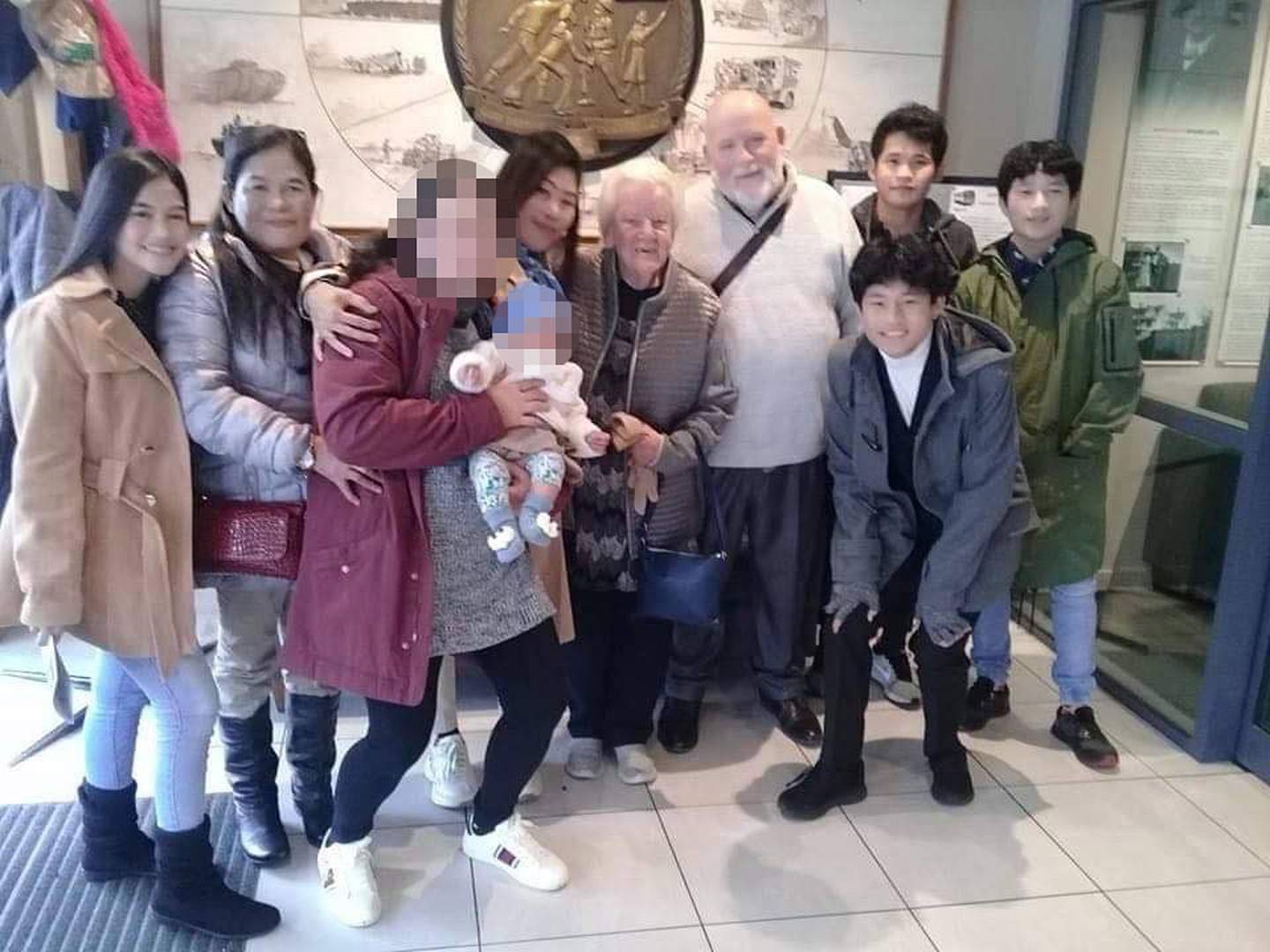 Nine people were aboard the van when it smashed head-on into a truck on Sunday morning. Only two survived.

Grieving family were in disbelief following the crash, which involved three generations of the Auckland whānau, including an infant and teenagers.

Loved ones gathered at the family home in Pukekohe yesterday, awaiting news about one of the crash's two survivors, who was undergoing surgery yesterday afternoon after being placed in a coma.

David Lagud (21) was still in shock when he spoke to the Herald about his much-loved family members.

"It's just shocking, to happen that fast," David said.

The family had travelled to Gore for the funeral of an elderly aunt. David hadn't gone on the trip because he had to work at the local Pak'nSave supermarket in Pukekohe and also because he suffered from motion sickness.

Videos posted last week show the group laughing together, cooing over the baby and taking in New Zealand's scenery under a brilliant blue sky.

The journey was meticulously documented, starting with a video driving on to the Interislander ferry from Wellington to Picton on Thursday.

Another video shows a chubby-cheeked infant squealing and gazing out the window at the blue water as the ferry arrives in Picton.

"Another 10 hours' drive," the woman behind the camera comments as they find their van.

They film the vehicle emerging into the South Island sunlight, and the streets of Picton.

They crack jokes as they order fish and chips for nine people, and check out local shops while they await their takeaways.

A video posted on Friday shows the group travelling through a flat snowy landscape, captioned "It's snow time".

"Enjoy and be safe," replies one commenter.

The funeral of the aunt, aged in her 90s, was held on Saturday morning in Gore, but there was time that afternoon to take photos in front of the University of Otago's clocktower building, rugged up in puffer jackets and beanies to fight Dunedin's winter chill.

The road was closed for hours after the crash. Photo: NZ Herald

That night the group stayed in Rolleston, outside Christchurch, with a family friend. The man, who identified himself as Bill, called Newstalk ZB's Canterbury Mornings host John MacDonald yesterday to confirm three generations of the "vibrant" Auckland family had died in the crash.

"They spent some of their last hours on earth with me on Saturday night, Sunday morning," he said.

The family had left his home at 2.30am on Sunday so they could make their ferry crossing to the North Island.

Five hours and 350 kilometres later, their Toyota Hiace van apparently crossed the centre line and smashed head-on into a Big Chill truck on State Highway 1 in Koromiko, south of Picton.

The collision, which left the van destroyed, was the most deadly incident on New Zealand roads since April 2019 when eight people died in a head-on crash near Taupō.

Police confirmed yesterday the driver of the van was among the dead and the matter would be referred to the coroner.

The family have given The New Zealand Herald permission to publish the names of those involved in the crash.

Among those dead was David's mother, Diseree Brown, and his stepfather, Paul Brown (48 and 61), and his younger brother, Mark.

Two of Diseree's sons, Pedro Clariman (26) and Luie Lagud (16) survived, but the latter was in a coma and undergoing surgery yesterday after suffering significant injuries to his spine and head.

Diseree had three other children who did not travel, David, Princess and Joanna.

Pedro's partner died in the crash, along with his daughter, Mika, who was only 9 or 10 months old. 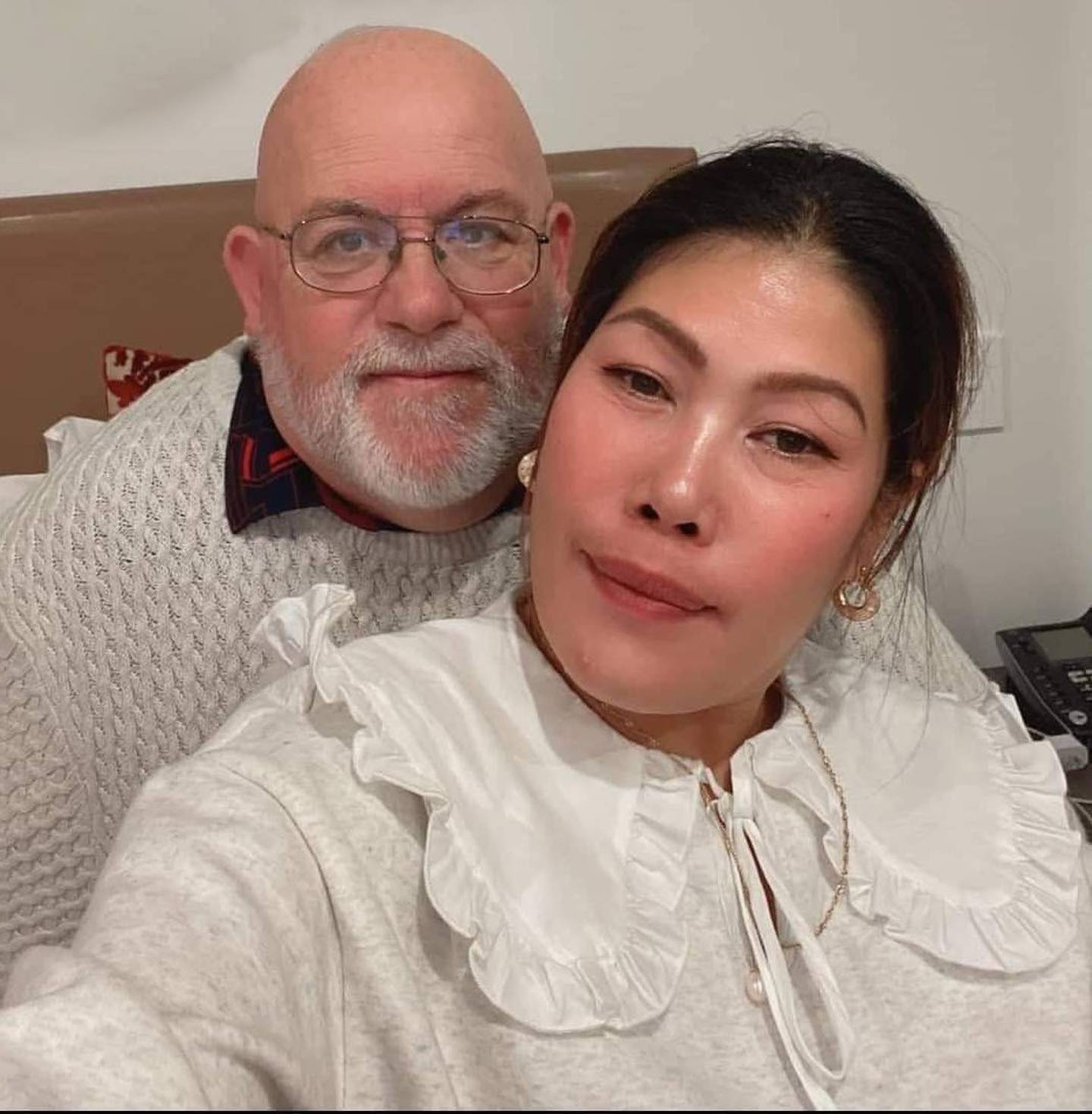 Paul and Diseree Brown both died in the Picton crash. Photo: Supplied

He also missed a call from Paul, his stepfather, on Saturday night. Paul later texted David asking him to clean the house prior to their expected arrival home late on Sunday night.

That was the last contact David had with his family prior to the crash.

David had spoken to his brother Pedro since the crash.

He was being supported by his two sisters while he and Luie were in Wellington Hospital.

David said Pedro had minor injuries and was able to walk, albeit with difficulty.

According to Pedro's account told to David, Pedro had been driving when the family left Christchurch, allowing Paul — in the front passenger seat — to sleep for almost four hours in addition to the rest he got in Christchurch.

After that, Paul swapped with Pedro to drive the rest of the journey to the ferry.

Paul was reportedly well-rested when he took the wheel, David said.

Before falling asleep after his stint at the wheel, it's understood Pedro had time playing with his baby daughter, Mika.

Asleep at the time of the crash, it's believed Pedro woke up to a scene of carnage and tragedy.

"He saw my dad's body on the road and then my brother Luie, he was awake and then he collapsed," David said.

"Then the next minute, the helicopter was there, taking my little brother to the hospital."

The family were eager to see the results of an investigation to gain understanding of what might have happened.

David said his brother, Pedro, was grief-stricken after hearing his partner and child were dead.

"He was devastated, he was crying a lot. Both of his loves are gone."

Speaking from the dining table yesterday, David cast his eye towards a computer screen in the lounge where his younger brothers, Luie and Mark, would play games.

The pair, Pukekohe High School students, also took part in the church as members of a youth group.

Having experienced such loss, and with his brother's life in the balance, David urged people to cherish time with loved ones.

"Spend as much time with your family, friends," he said.

"You never know what's going to happen next, just like that, it's all gone."