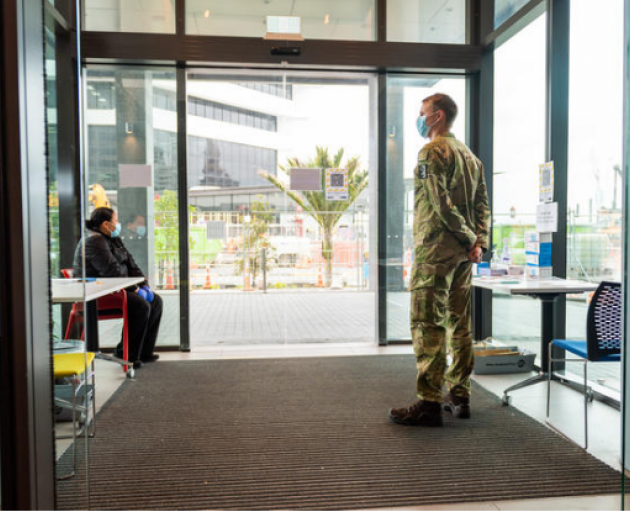 Most of them are aged 14 to 17, and completed their two weeks in a dedicated facility in Auckland.

"Children and young people under the age of 18 years may travel to New Zealand unaccompanied depending on the decisions of their guardian and the policies of the carrier airline," a managed isolation spokesperson said.

Once in the country, they must still go through the MIQ system.

A Managed Isolation spokesperson said they were acutely aware of the extra needs of unaccompanied minors, and specialist staff were brought in to support the children.

'Health and welfare staff at the dedicated Auckland facility are specifically selected to work with children; during their stay the children are provided with additional wrap-around services to make sure they are being well-supported."

It said almost all young people on their own were sent through this Tāmaki Makaurau facility and were aged between 14-17.

"The number of unaccompanied minors in the Auckland dedicated facility in December was around 50. This increased to around 100 in January, likely due to children returning to New Zealand to attend school.

"Numbers to date in February are 66."

On a few occasions children were also sent to an Ōtautahi facility.

"Numbers of unaccompanied minors in Christchurch were 3 in December, 5 in January, and 2 to date in February."

The MIQ spokesperson said the preferred policy was that where possible, young people are joined in the facility by a parent or approved guardian.

A psychologist Dr Jane Millichamp warned some children might not cope so well alone in a hotel room for two weeks.

While some young people would be absolutely fine on their own, she worried the lack of physical contact would be harder for others.

"If they had emotional issues already when they went into managed isolation and then without the support of maybe the primary person in their life, they might struggle.

"And how they might manage if they got into difficulty and they didn't have that sort of physical contact with people that is so important for all of us."

Dr Millichamp said the internet was a helpful tool for keeping connected, but it was also linked with online bullying.

"Parents are in the best position to work out whether or not their child would manage this process well, but sometimes just random things happen."

She said there were always risks around online interaction and it's hard to know if young people in an MIQ would have enough support to help them through that.

Dr Millichamp said she felt for the nurses who would likely be the main face to face contact the young people would have.

"A lot of adults have struggled and therefore why wouldn't we presume that young people might find that even more difficult with their age and lack of maturity.

"They might think they can imagine what that's going to be like, but I think for all of us it's been more of a challenge than we expected."