With the absence of international tourists and an increase in entries, the town’s streets were also filling up a lot sooner.

The Ranch Bar & Grill owner Daniel Anderson said he had definitely noticed a build-up to the event at the weekend, and reservations had filled up at pace.

"The last couple of nights, we’ve definitely noticed a lot more people out and about.

"People seem to be coming into town earlier than previous years. Hopefully they’ll stay on a few days." 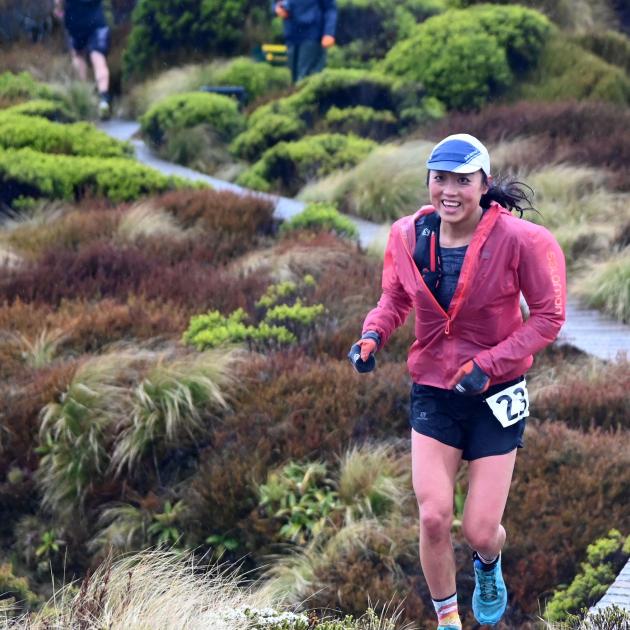 First woman home Nancy Jiang, of Auckland, heads towards the Luxmore Hut on the 2020 Kepler Challenge on Saturday. PHOTOS: CRAIG BAXTER
To deal with the influx of visitors, he had called on as many staff as possible to cater to the numbers.

"Its been great. There’s not enough Kepler Challenges in a year."

There was no doubt the annual race had helped many of the businesses in the tourist destination who were still struggling with the impacts of Covid-19, Mr Anderson said.

"For me, as a business owner, having to micro-manage each day has been really stressful.

Runners set off from the start near Te Anau.
With "solid" bookings at his restaurant on Saturday night, he had a good feeling people were going to hang around for a few extra days.

Getaway Te Anau Holiday Park & Apartments general manager Rochelle Peychers said it was great to see "heaps of Kiwis" around town over the past few days.

"Usually, everyone arrives on the Friday but we had a lot of people coming in on Thursday this year."

All of her 50 units had been booked out at the weekend, and several people had extended their stays into this week.

"It’s a great vibe and puts Te Anau on the map as a travel destination.

"I think there’s a misconception that Te Anau is just a stopover for Milford and Doubtful Sound but there’s so much here for people to see." 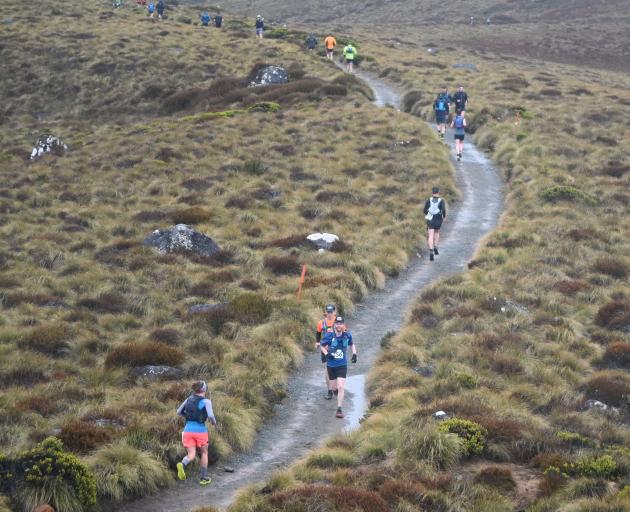 Runners head up and down from the Luxmore Hut.
She agreed the challenge would have an uplifting effect for local businesses following a tough year for tourism towns.

• Nancy Jiang and Daniel Jones claimed the major titles in a weather-affected 33rd edition of the Kepler Challenge mountain race on Saturday.

Jones cruised to his third win in the men’s race in as many years, while Jiang held off a determined challenge from defending women’s champion and six-time winner Ruby Muir over a 59km alternative course.

For just the fourth time in the event’s history — and the second year in a row — snow, wind and forecast thunder and lightning forced race organisers to go with their plan B route up to the Luxmore Hut before returning to Lake Te Anau and a return leg to and from the Moturau Hut. 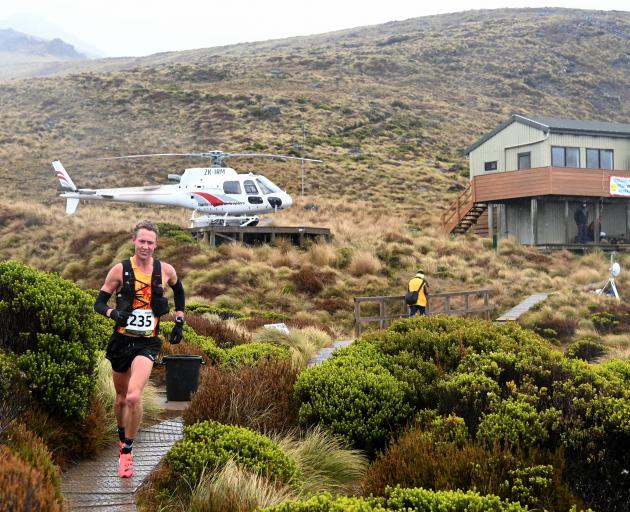 Kepler Challenge winner Daniel Jones, of Wellington, heads back down from the Luxmore Hut.
Jones, who won the Auckland Marathon last month and would have been racing in Spain this weekend if Covid-19 had not intervened, won by nearly 14min from Scotty Hawker. Weston Hill was third.

“The track was pretty nice. It was a bit muddy in places where we were crossing over, but there were no big swimming puddles this year and obviously the times reflect that and it was smooth sailing right through."

Jiang, who won the challenge in 2018 and finished third behind Muir last year, had earned a small lead at Luxmore that she was determined not to relinquish. Fiona Love finished in third place.

“I didn’t really have a plan with the late course change," Jiang said. 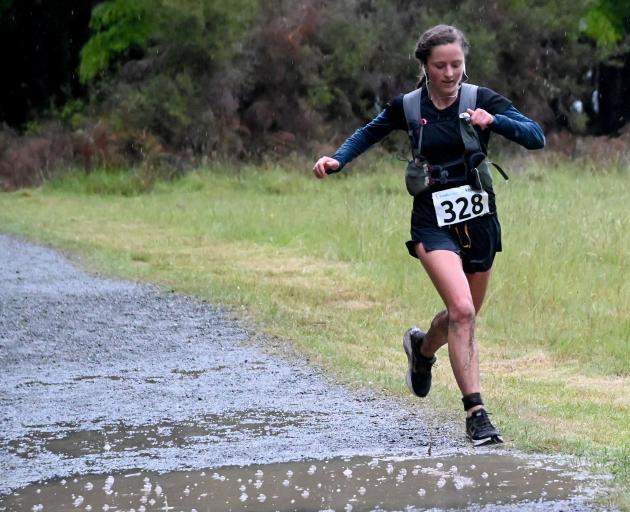 The second woman home, Ruby Muir, of Wellington.
"It was definitely faster and flatter running than I had planned for, but I felt good on the day and Ruby was on my heels the whole way. I saw her at the last turnaround and she was right there and that definitely gave me the kick to just go for it.

“It’s good to have competition and it really pushed me. I felt like I dug in pretty deep, so I’m stoked.”

Defending champion Sarah Douglas was a comfortable winner in the women’s event, ahead of Maddie Dillon and Sabrina Grogan.